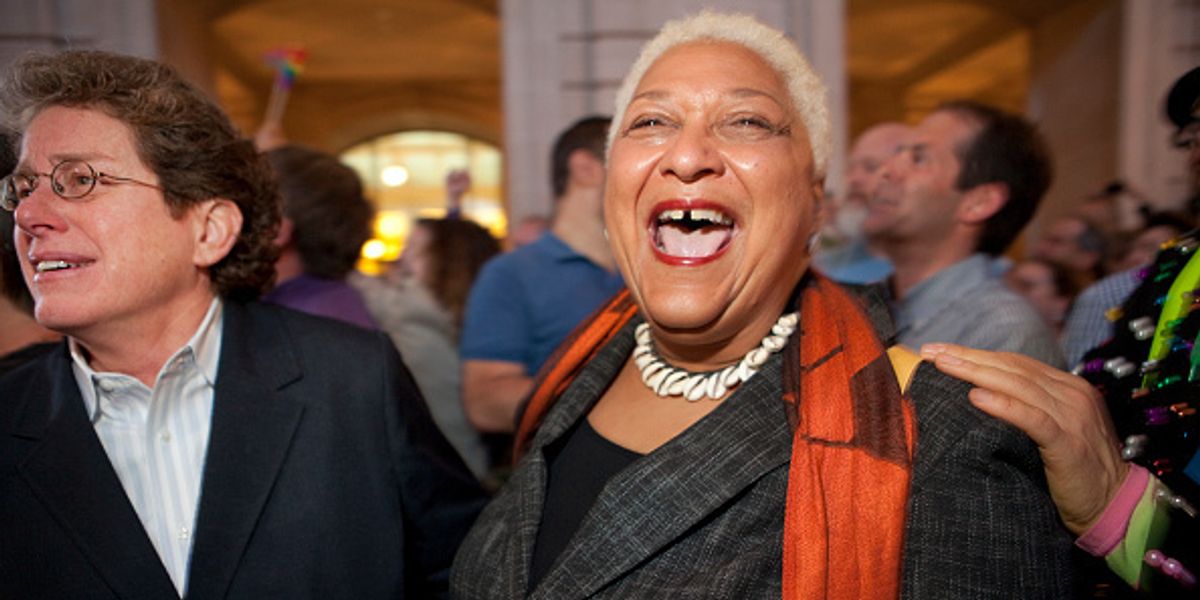 For Writer Jewelle Gomez, the Pen Is Mightier Than the Sword

It's a tough world for writing to make for a successful, lifelong career--and an even tougher one for women writers, particularly when your subject matter is focused on issues of gender and sexuality. But Jewelle Gomez has managed to not just thrive, but becoming a towering voice in queer literature. Over her career, Gomez has turned her pen to everything from novels to poetry to essays to plays, racking up a full symphony of critical praise. Her novel The Gilda Stories was honored with a Lambda Award.

Gomez has always been a trailblazer, serving on the founding board of the Gay and Lesbian Alliance Against Defamation (GLAAD) in the '80s. In 2004, she and partner Diane Sabin stood up as part of the suit in California to legalize gay marriage. They were on the courthouse steps, in May 2008, when their triumph was announced, together.