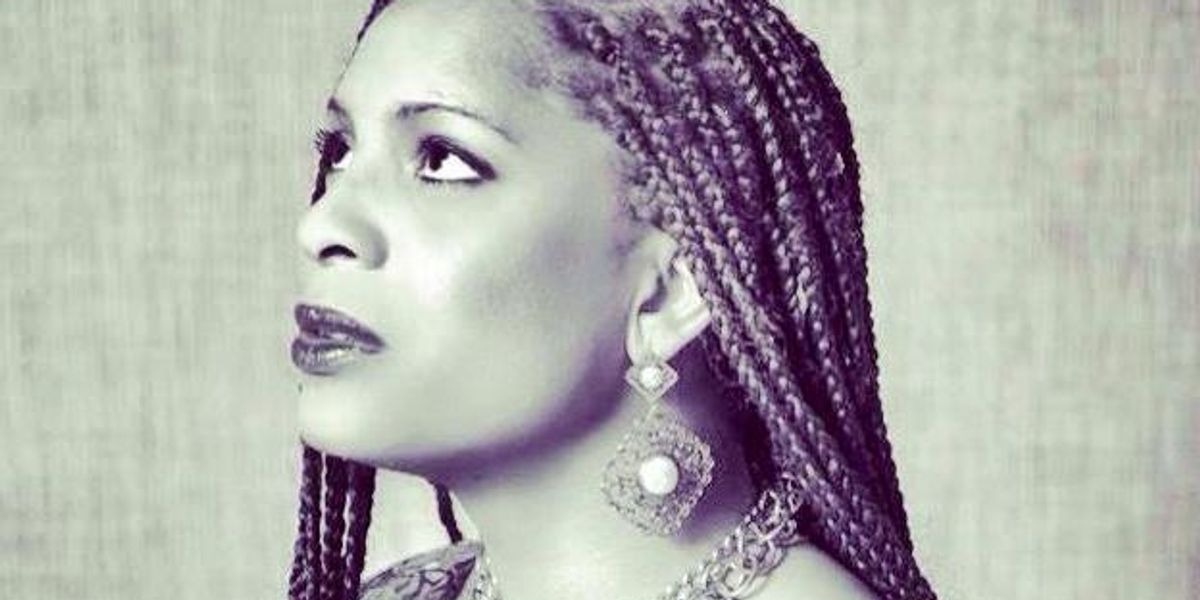 A Midwestern native, community was the most important cornerstone of life for Precious Davis growing up. And in her Nebraska town, that community was church.

"There was a non-denominational church that was about a mile from the house where I grew up," she says. "That church became a safe space and a place where I felt affirmed and celebrated. My attendance at that church was the first time I experienced community and a sense of belonging. I experienced my first camping trip, my first trip outside of the US and one of my earliest memories of beginning to love music."

But this same environment was also where Davis says she realized that her identity as a trans woman meant she was not celebrated wholly. She left the church and found her own path to what it meant to accept love and herself. "I will say despite some people's misjudgments or condemnations, in general Midwestern people love deeply and wholeheartedly," she shares. "My Midwest background is one of the reasons I love life so much."

And the Midwest is where Davis stayed. She is now Assistant Director of Diversity Recruitment Initiatives at Columbia College in Chicago, where she's lived for eight years. Since the age of 16, Davis has combined her love of performance for her advocacy for the LGBTQ+ community. While attending college at Columbia, Davis performed at high schools all over the country, working for HIV prevention and social justice education. It was here that she realized she needed to devote her career to this area full-force, leaving performing and beginning to work at a local LGBT center in Chicago overseeing Youth Outreach.

"LGBT youth have a way of holding an invisible mirror up to themselves and others which causes one to simultaneously examine and celebrate what makes us human," she says. "It was because of a beautiful Trans youth of color I met while working at the center, who was fully embracing her transition while still in high school, that gave me the confidence to step into my own being. I thought, 'WOW that young woman is walking the halls of her Chicago high school fully realized.'"

After meeting this young girl, Davis decided it was time to live her own truth, deciding to return to work at the school fully out as Precious. From then on, she lived as a trans woman, continuing to serve the Chicago community. She now travels the country speaking at colleges and universities about dismantling bias, bigotry, and prejudice in their communities. She hopes to continue to see growth and change.

When she's at home in Chicago, Davis finds her own ways to celebrate her city — naming The Miss Continental Pageant, Equality Illinois Gala, and the Chicago Public School LGBTQ Youth Prom (which she always hosts) as some of her favorite Chicago Pride events. And she remembers that the Chicago she celebrates at Pride is diverse in its people celebrating their identity — and their community.

"LGBTQQIA individuals live on the south side, the west side, the north side and all throughout Chicago's diverse communities and neighborhoods, she says. "Convergence is needed. I frankly would like to see the pride parade be overseen by a community advisory board of individuals made up of diverse LGBTQQIA identities. Pride is not just about loving yourself; that's step one. Moving forward, we have to find other things to be proud of, like how we contribute, how we advocate, how we serve, and how we create."