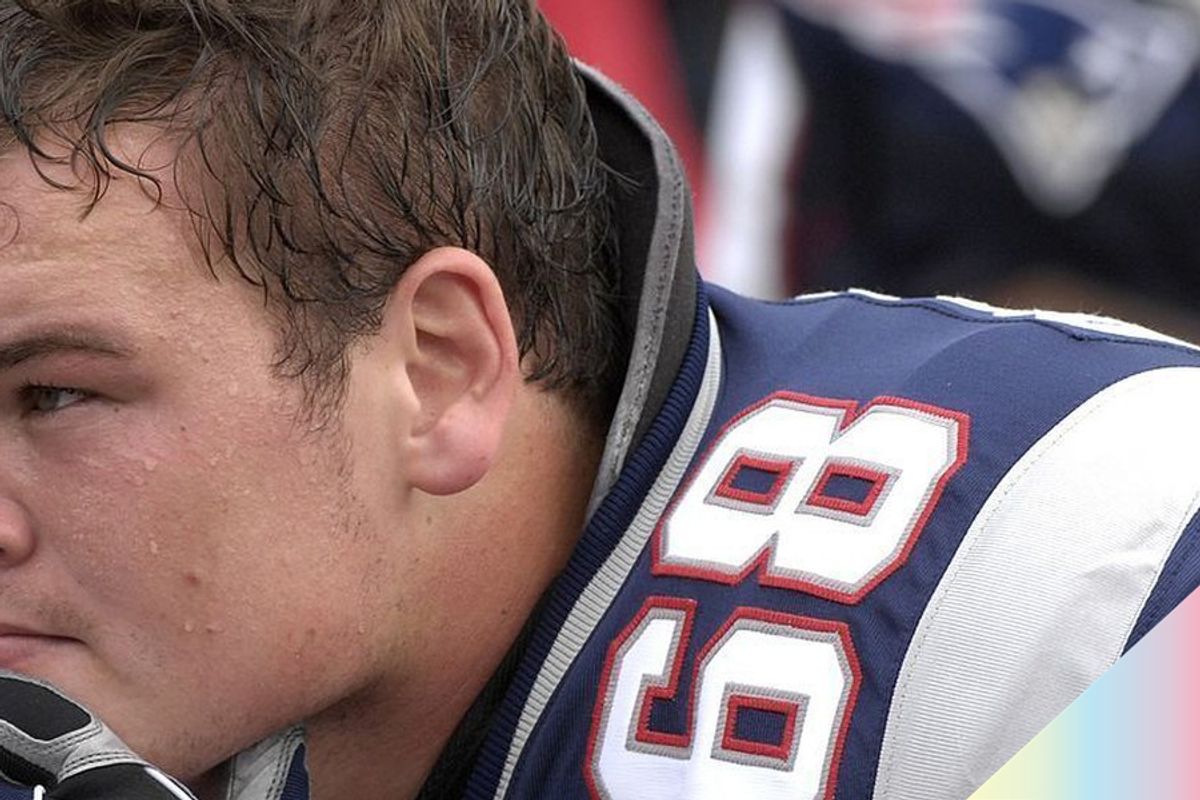 Ex-NFL Footballer Comes Out as Gay

Ex-NFL football player Ryan O'Callaghan has come out as gay. The former lineman, who played with the Patriots and Chiefs, came clean about his sexuality in a revealing and emotionally intense interview with Out Sports.

Coming from a very conservative small town in California, O'Callaghan was faced with multiple insensitive remarks about gay people, causing him to feel insecure about his sexuality. He started to play football after his father and coaches started seeing potential due to his broad stature, and was motivated to take up the sport once he realized it would be a shield for his sexuality. "No one is going to assume the big football player is gay," he said to Out Sports. "It's why a football team is such a good place to hide."

As he made his way up the ranks, O'Callaghan used football and the hyper-masculine culture that surrounds it as his "beard" and a distraction that would help him keep living without confronting his sexuality. Once he was sidelined from football for good due to injuries, his plan was to commit suicide. After abusing drugs and distancing himself from family in preparation for the moment, it was frequent NFL psychologist Susan Wilson that eventually convinced him to live and speak his truth.

O'Callaghan started coming out slowly to his close family, friends, and colleagues while rehabilitating himself from his drug addictions, leading up to yesterday when he came out to the public. He mentioned that he had never experienced homophobia during his time in the NFL, and revealed that his coaches and trainers had also supported other closeted NFL players in the past. O'Callaghan joins former professional athletes like Michael Sam and Jason Collins in blazing an important trail that allows gay athletes to come out publicly. Although criticism from the conservative football fanbase is inevitable, their bravery is utterly admirable and the public support we can give is essential to letting others in similar situations live their truth.