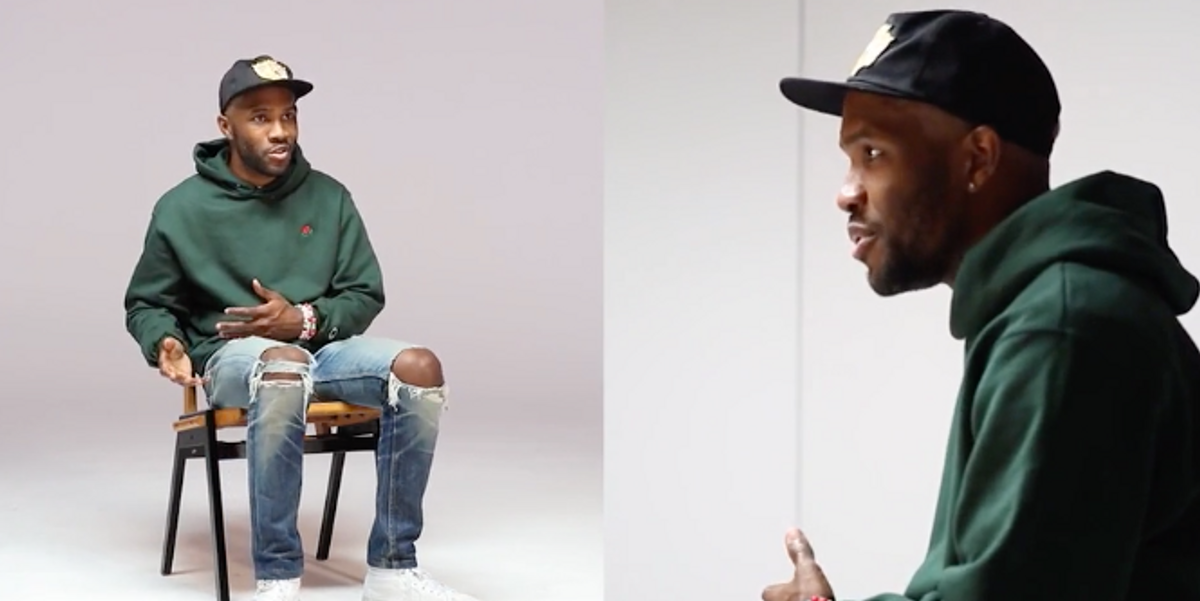 A very enigmatic, previously unreleased video has surfaced today of a very enigmatic Frank Ocean talking about the meaning of Blonde/Boys Don't Cry.

The source behind the footage, which is riddled with sound issues and edited haphazardly, shows Ocean in a split profile/wide shot alone in an empty studio speaking to an unidentified interviewer about the most difficult parts of making the album.

"The most frustrating thing about the process of doing this is there's been a bunch of times where I just feel like I really fucked up, like I've fucked it up. Like it's irreversible, it already happened, there's nothing you can do about it and you don't know if even moving on makes it better."

He goes on, explaining he used fan expectations as "fuel."

"People have a positive association with what I do and what I make and they expect something that's good so okay, I convert that into a better moment, a better song, a better album, a better presentation."

Ocean then delicately addresses his tumultuous relationship with Def Jam, explaining that the album's completion felt like having "defeated something."

"There's no fantasy on this record. It's all for better or worse, autobiographical, my experience. It's made me who I am."

Despite emerging on Twitter via @TeamFrankDaily, the origin of the video is still unknown. Curious.