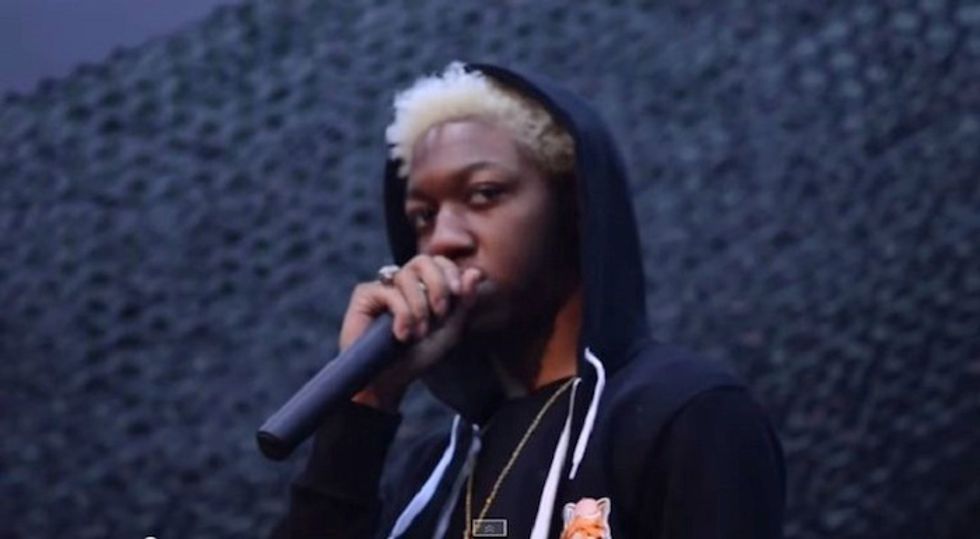 Following Up on Feminism and Meninism with OG Maco

by Sandra Song
PAPERMAG
This past Tuesday, things got a little heated between OG Maco and me after he tweeted the following:
I had interpreted this tweet as suggesting that a woman's obligated to do sexy-whatever after one to three dates, so I responded with a piece about how no woman is obligated sexually, or even emotionally, to any man -- no matter what the dude gets you, says to you, etc. etc.
Via Twitter, Maco called on us to get in touch with him; yesterday, we had the chance to speak directly. Below is our conversation, which touches on Maco's actual intentions, the reality of meninism and the pitfalls of living in the age of Twitter speculation.
So you just wanted to explain what's up?
Well yeah. I think you really misconstrued everything I said, and the fact of the matter is that you actually said the exact inverse of what I meant, because my entire monologue was not based around the idea of sex. It was actually seated on equality.
In today's society, with the speed of social media, with the willingness of people to say and then disperse what you would call knowledge... it's not really knowledge, just brainstorming really. A lot of things get lost in translation and it carries from conversation into action. A prime example being the relationship between men and women -- you have a society where people can base words or the amount of input they put into a person off of Instagram, like, off of the kind of shoes they wear or things like that. And my message was, if it weren't about any of those things or about fucking or any of that, make sure that there's at least some form of mutual worth, i.e. an attraction based off intelligence. An attraction based on some kind of common ground such as art or even something that's negative, if that's something you want to get into. But, above all, respect yourself so that you don't end up in a microwave relationship. And that's why, after said tweets, I included that broke men are equal to broke women; there is no greater than or less than.

Broke Men = Broke Women There is no > or < Human beings should have ambition.