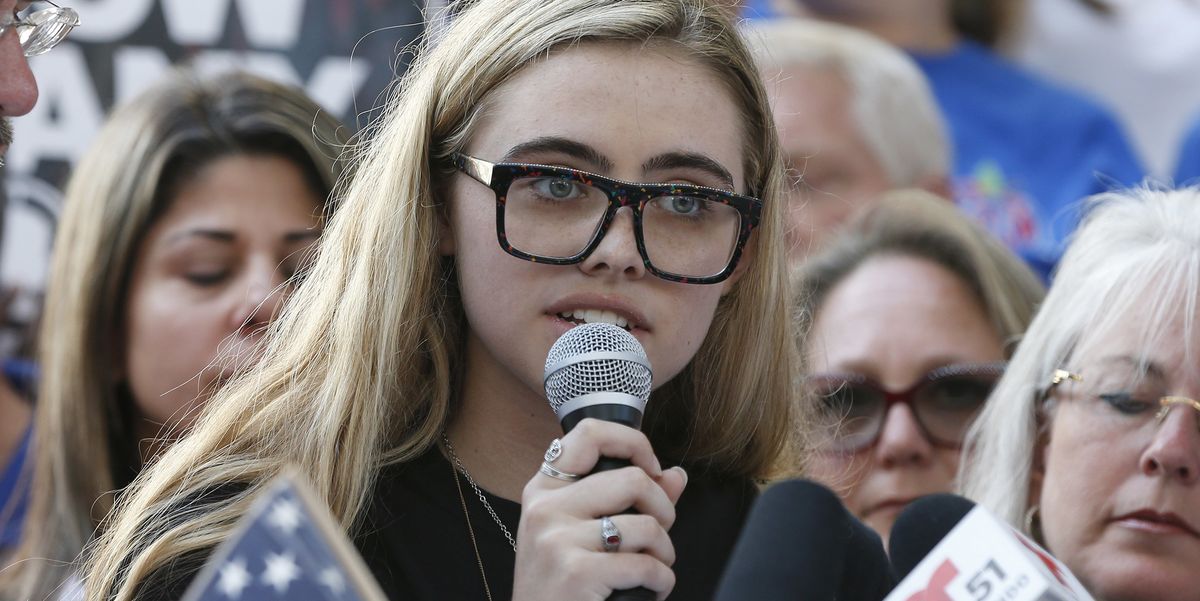 Students who survived the deadly high school shooting in Florida that took 17 lives last week are getting organized. Several students from Marjory Stoneman Douglas High School spoke out over the weekend, calling out President Trump for his divisive words and on politicians in general for putting money over the safety of students across the country.

David Hogg, a 17-year-old student from Stoneman, said on NBC's Meet the Press, "You're the president. You're supposed to bring this nation together, not divide us. How dare you."

Emma Gonzalez, another student who survived the attack, called out Trump, Senator Marco Rubio and Governor Rick Scott as politicians that are supported by the National Rifle Association.

"Now is the time to get on the right side of this, because this is not something that we are going to let sweep under the carpet," she said on Meet the Press.


Emma and fellow students Alexis Michael and Isabel Robinson also spoke to CNN's Anderson Cooper just a day after the mass shooting at their high school, saying, "…we're the people who are going to make the laws one day and even if it seems small now …we need to put forward those baby steps…"

"We are not to be bought by the NRA ... we are the ones who deserve to be kept safe because we were literally shot at" Children of Parkland shooting vow to take up the fight to end school shootings https://t.co/rndKNzp6W1
— Anderson Cooper 360° (@AC360) February 16, 2018

Gonzalez also gave an impassioned speech at a rally in Florida yesterday in which she called on lawmakers to step up:

The students have vowed to become the face of a movement, and to not let this moment pass without making a larger statement. A few different events are being organized to send a message to lawmakers; here are some dates to know:

The organizers behind the Women's March are calling for a 17-minute (in honor of the 17 killed) nationwide walkout by teachers and students on March 14. EMPOWER, the Women's March youth branch, is organizing the event:

Women's March Youth EMPOWER is calling for students, teachers, and allies to take part in a #NationalSchoolWalkout for 17 minutes at 10am on March 14, 2018. Join us in saying #ENOUGH!https://t.co/8ZE8uthRlZ pic.twitter.com/45yCZl4zDm
— Women's March (@womensmarch) February 16, 2018

Student survivors also planning to protest in Washington, D.C. on March 24 at an event organized by March For Our Lives. The website reads: "School safety is not a political issue. There cannot be two sides to doing everything in our power to ensure the lives and futures of children who are at risk of dying when they should be learning, playing, and growing. The mission and focus of March For Our Lives is to demand that a comprehensive and effective bill be immediately brought before Congress to address these gun issues. No special interest group, no political agenda is more critical than timely passage of legislation to effectively address the gun violence issues that are rampant in our country."

Another walkout is planned for April 20th, the 19th anniversary of the deadly Columbine High School shooting in 1999. Nearly 60,000 people have signed a petition pledging to join the event.