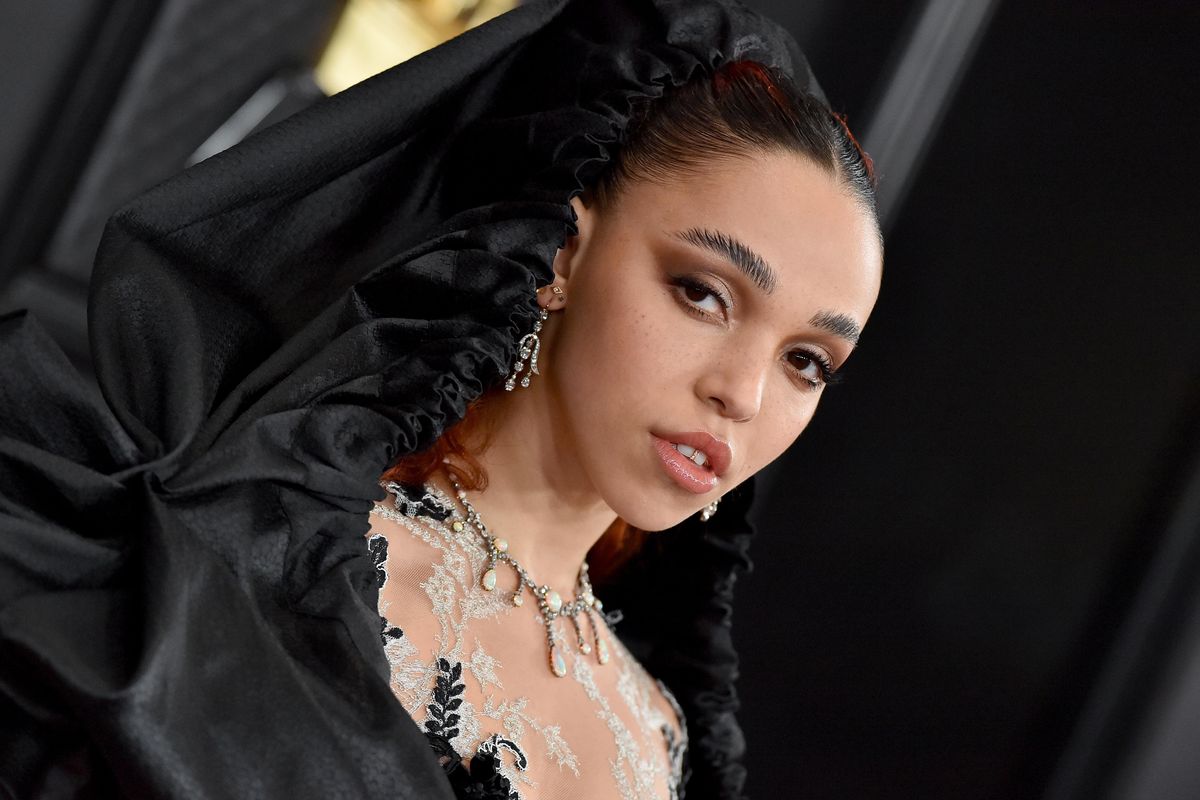 Recently, twigs sat down with Gayle King on CBS This Morning to talk about her relationship with LaBeouf, who she's currently suing for sexual battery, abuse, and infliction of emotional distress.

"I was always told that, you know, I was special and to look after my heart and to look after the light inside my chest and when I was with Shia, that light got blown out," twigs said. "And I just didn't think that that could happen."

According to the musician, she found LaBeouf's dramatic gestures — such as allegedly jumping the fence at her house to leave her gifts — "very romantic" at the beginning of their relationship. However, she said she didn't realize until later that his "inappropriate actions" were actually "breaking a boundary."

She also claimed that she had to kiss or touch LaBeouf at least twenty times per day, and that he would force her to sleep naked "because he said if I didn't then I was keeping myself from him."

"It's a tactic that a lot of abusers use. It's just this constant availability, and everything centered around them," she said, before adding that he would also call her "disgusting" when he believed she was planning to leave him.

"And I think that's why I wanted to come out and talk about this," she continued. "Because the signs really are there from the beginning."

Related | FKA twigs on Why She Came Forward About Shia LaBeouf

Granted, twigs went on to explain that "there wasn't one set moment" that made her think something was wrong.

"It's very subtle. That's the thing about domestic abuse, domestic violence, that it's a real gradual step-by-step process to get somebody to a place where they lose themselves so much that they accept or feel like they deserve to be treated in that way," twigs added. "It's not one thing, it's loads of tiny little things that get sewn together into a nightmare."

That said, she did go on to recall moments when he became "physical" with her, including alleged incidents where he pushed her and said "'You fell,'" and a time when LaBeouf threatened to crash the car they were in if she didn't profess her love for him.

"I thought, wow, he needs so much control over me that he would rather kill us both," twigs said, explaining that after he began strangling her in public, she realized she "had to get out of this relationship."

Previously, LaBeouf responded to the allegations to The New York Times, writing that "many of these allegations are not true," before saying he had "no excuses for my alcoholism or aggression, only rationalizations."

"I have been abusive to myself and everyone around me for years," he said at the time, though he's since denied twigs's allegations in court filings. "I have a history of hurting the people closest to me. I'm ashamed of that history and am sorry to those I hurt. There is nothing else I can really say."

That said, twigs went on to say that his apology reminded her of "some of the gaslighting I experienced when I was with him — the taking some of the blame, but not all of it and then denying it."

Watch clips from her interview, below.