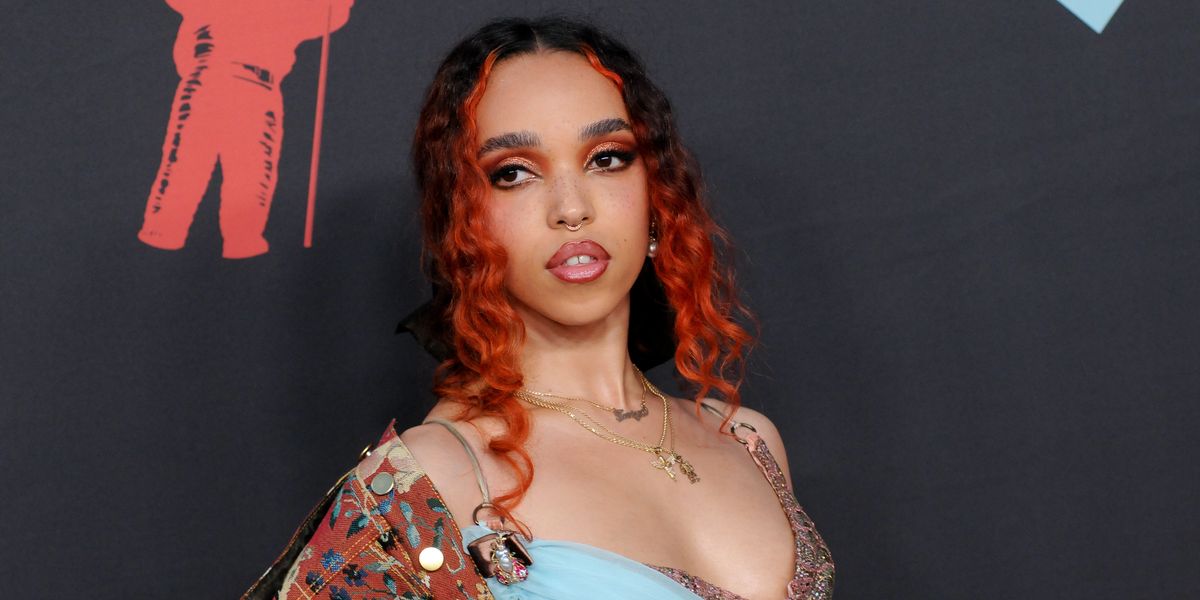 FKA Twigs Wore a Unicorn Cape to the Mall

FKA Twigs was probably the only person at Manhattan's Brookfield Place mall wearing a unicorn tapestry cape on Monday night, after debuting a dreamy medieval ensemble at the MTV VMAs then heading directly to a burger joint across the river. (Impossible patty, obviously. It's 2019 and the Amazon is burning!)

Twigs' custom chain mail dress and jacket were created by opulent British fashion designer Ed Marler and styled by the musician's longtime fashion collaborator Matthew Josephs. Both of them joined her for the burger mission, with Josephs documenting the adventure on his grid.

On Instagram Marler and Josephs also shared more details about the singer's 'fit, which is inspired by 16th century French tapestry "The Lady and the Unicorn." The dress is crystal chainmail with a regal taffeta train, and features intricate pearl beadwork at the hem. A sword would not have been out of place — she quite literally slays. This is some knight shit, and one can only imagine the jealous reactions of Twigs' athleisure-clad late-night fellow mall goers.

Marler has designed otherworldly custom creations for Twigs in the past, notably her embroidered pole dancing outfit in the "Cellophane" music video. With the musician's long-anticipated second album due out this year, we'll hopefully see her eating ethical junk food in more elaborate pre-Raphaelite couture again sometime soon.