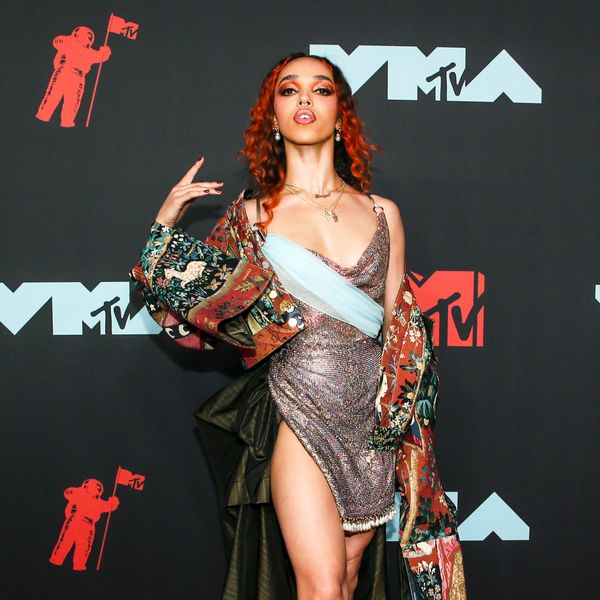 It's official: we will have a new FKA Twigs album in our hands before the year is out and it sounds like it will, in fact, emotionally devastate us.

In a recent cover story for i-D, Twigs revealed the highly anticipated follow-up to 2014's LP1 will be titled, Magdalene, and "is about every lover that I've ever had, and every lover that I'm going to have." The new self-produced album will feature major contributions from experimental producer Nicolas Jaar, as well as a collaboration with Future called "Holy Terrain." Twigs describes the forthcoming album as being musically like "just when you think it's really fragile and about to fall apart, there's an absolute defiance and strength in a way that my work's never had before."

Related | FKA Twigs Wore a Unicorn Cape to the Mall

In the same interview, Twigs talks about the extremes she pushed her body to following a surgery she underwent to remove tumors on her uterus. Twigs recounts how the stitches in her bellybutton began to split open while shooting a Spike Jonze-directed Apple HomePod commercial, "I told him: 'Just so you know, if I start bleeding through this white shirt...'" Explaining that "I basically couldn't lift my arms up, because all your organs stick together and you can't stretch your stomach." She goes on to say this forced her to channel Audrey Hepburn in her choreography as a way to overcome the physical restraints.

Among other things, Twigs reveals that during this period of recovery she sought solitude and would wander around by herself wearing "long medieval dresses." During the same period she also took up pole dancing in preparation for the "Cellophane" video, which she released earlier this year, "When I first started doing pole dancing it was horrific, I was a hot mess, I felt like a slug rolling around on the floor trying to hold on. But after you learn one trick, it becomes quite addictive."

And in case you weren't one of the lucky few that got see FKA Twigs premiere her new live show earlier this year, she is set to go back on tour this fall. Check out the dates, below:

MAGDALENE returns this november, more fabulous than ever. the presale sign-up is open until 10am ET tomorrow via… https://t.co/JHeGv6dMHQ
— FKA twigs (@FKA twigs)1567521402.0