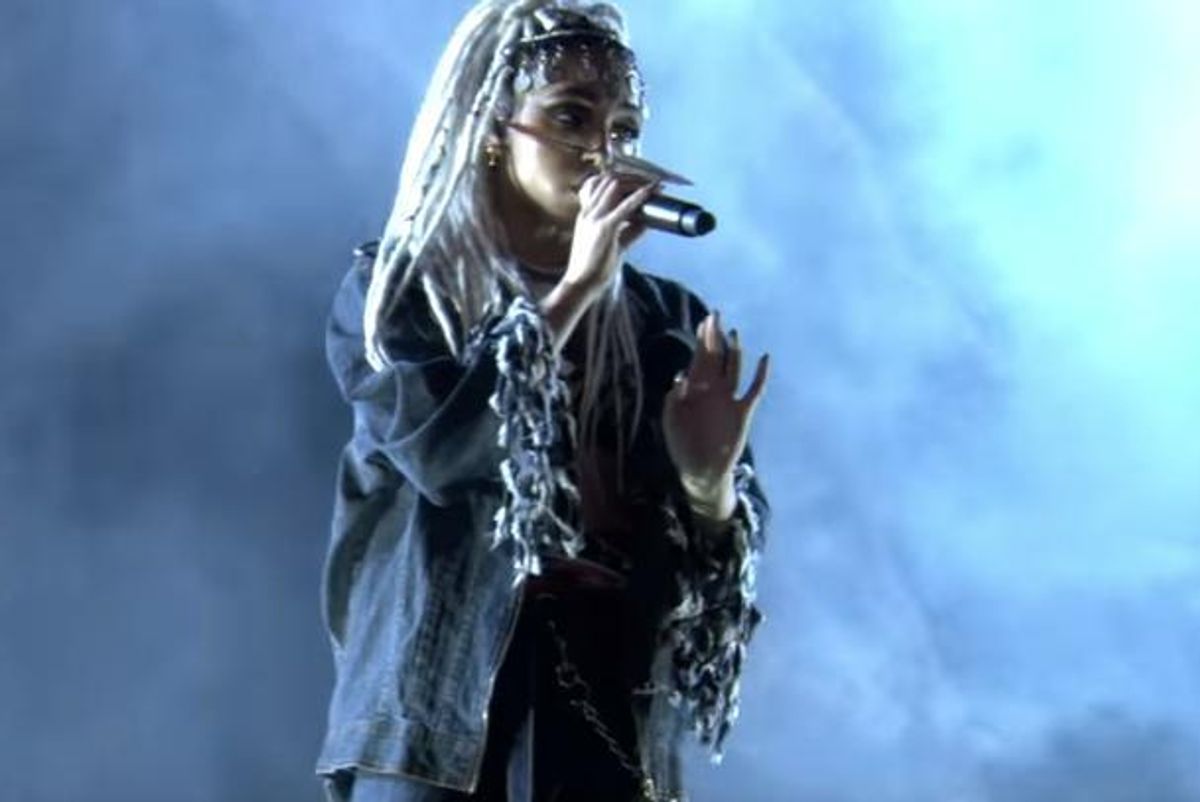 Now, the prominent music site has released an HD video of her full hour-long set to YouTube, including some new tracks Twigs has previewed at other performances in the past few months; it will be streaming online for two weeks.

Fingers (and limbs) crossed for a new album soon.