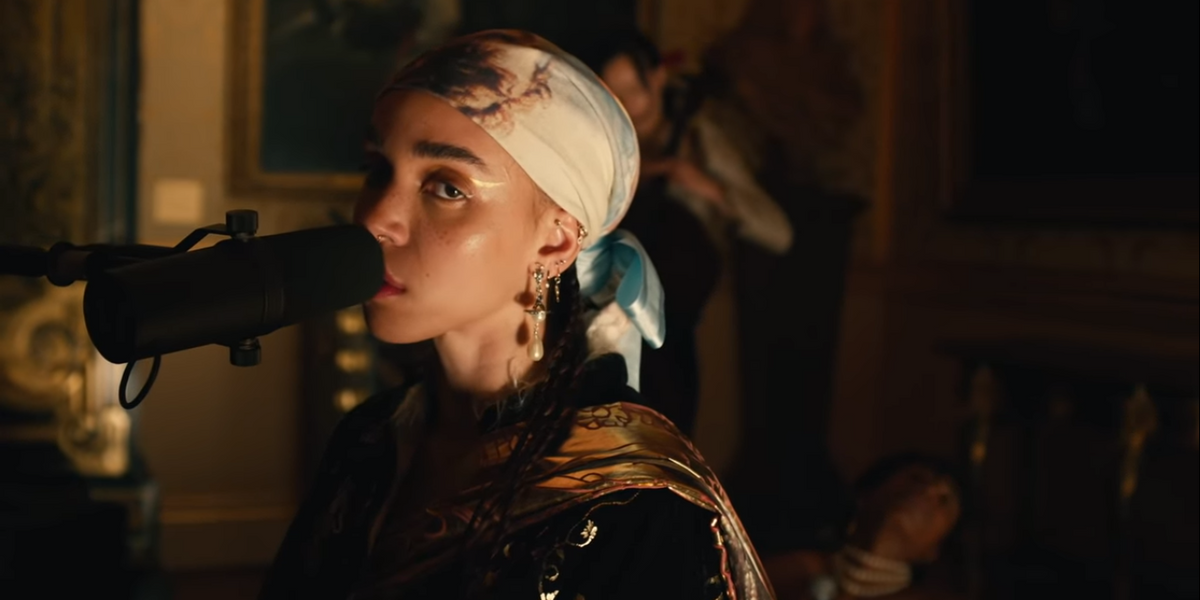 FKA Twigs Comes Back for Our Emotional Jugulars

Last month FKA Twigs held her 10-inch pleasers up to our collective throats and reminded us why we have been impatiently waiting all these years for the followup to 2014's modestly-titled debut, LP1.

The hauntingly gorgeous, remarkably delicate "Cellophane" was a return to form for the consistently stunning Twigs, and signaled the beginning of a new album cycle. The single's launch was accompanied by an equally opulent and fantastical music video, made in collaboration with Andrew Thomas Huang, that spotlighted Twigs' pole-dancing ability and saw her fending off ornate insectoid deities. It is a remarkably indulgent achievement for Twigs that not only stays true to her artistic DNA while bringing her entire practice to a new level.

But you know you were still hungry for more, and luckily FKA Twigs is more than happy to do it for you again.

Leaning even more into the more luxurious Baroque undertones of "Cellophane," FKA Twigs released today a live rendition of the new single filmed in The Wallace Collection in London's National Museum of Art. Accompanied by cellist Lucinda Chua and Sakeema Crook on backup vocals, Twigs performs a stripped back rendition of the song seated at a grand piano as the camera falls into orbit around her. Rapturous as ever, the emotion feels heightened, the fragility in Twigs' voice fraying like spider's silk.

Each new morsel that Twigs gives us only feeds our appetite more and more for whatever crescendo this is all building towards. In the meantime, let's just bask in the glow of her majesty, FKA Twigs: