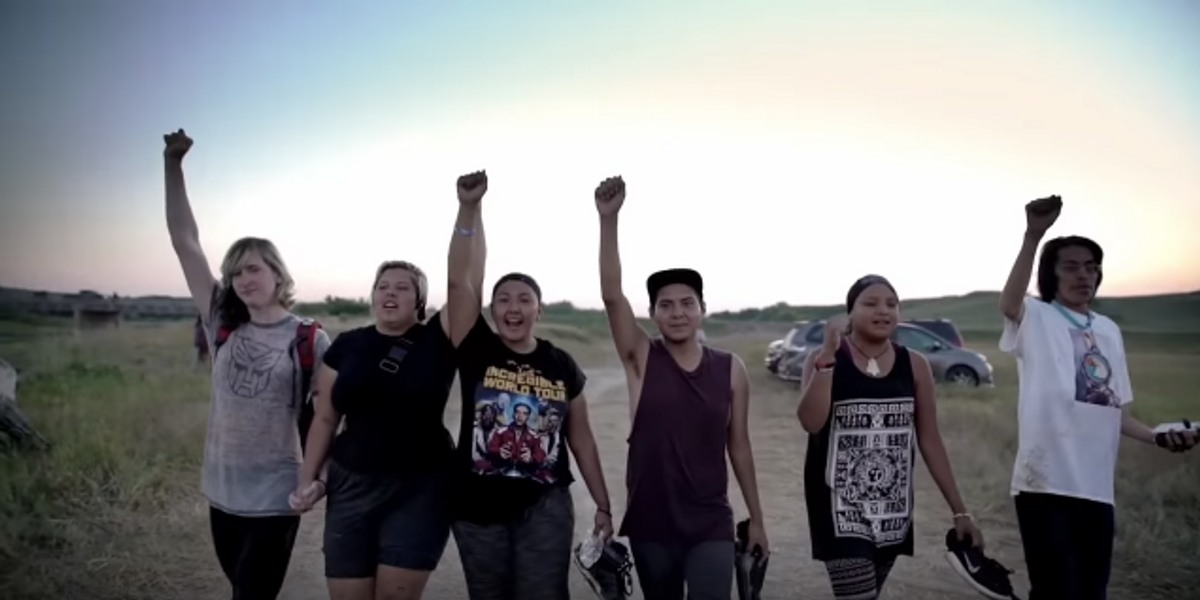 Production company ThirtyRev released a video called "Fixed Pepsi Ad" in response to the much-maligned Pepsi ad heard 'round the world that appeared to co-opt resistance movements happening across America (and was eventually removed from the internet and apologized for by Pepsi execs).

The ThirtyRev ad addresses the original ad's weak spots by using real Standing Rock protestors fighting against the Dakota Access Pipeline, in place of Kendall Jenner and paid extras fighting for a vague vision of peace.

The video uses the same song as the original ad, Skip Marley's "Lion," and also shows people coming together to protest, resist, and even dance in the face of police presence. This video also ends in a meeting between protestors and police, though ThirtyRev's version shows real footage of officers using tear gas, high-pressure water and dogs to attack protestors.

The video ends with the Pepsi logo under the phrase "water is life."