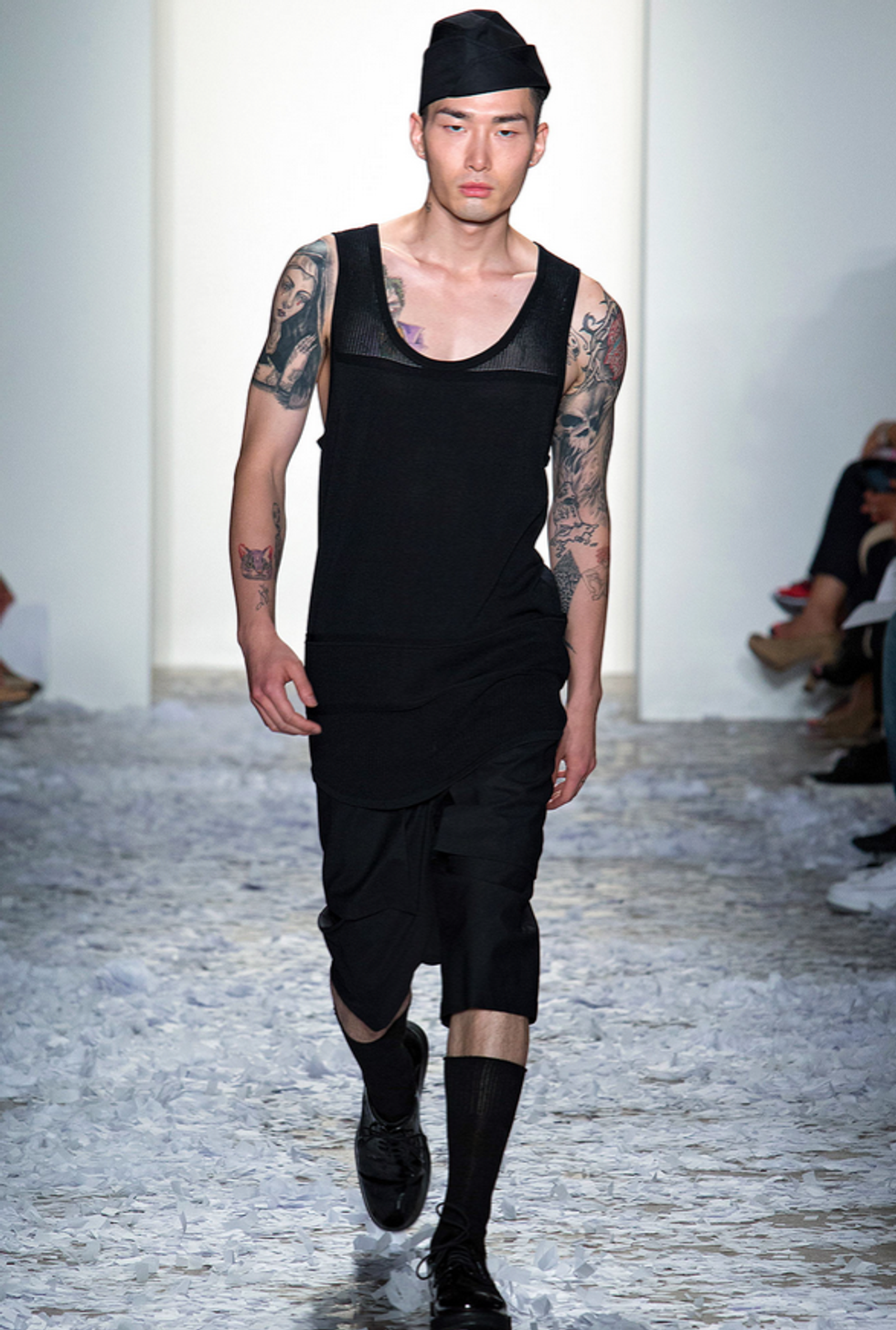 1. Men's Fashion Week means male models and frankly the thought of the cutest model boys skateboarding around our city in summer wearing no shirts and carrying cute printed backpacks makes it feel like Christmas in July. We are going to be cruising the streets non-stop.

2. Men's week is so much less attended and less hysterical than women's week so Mr. Mickey has a much better chance of getting the front row seats he so richly deserves. Being less hectic means there's also less schlepping and PRs are much more laid back and easy to deal with.

3. Even the most butt-ugly rotten collection looks good on sexy boys. Watching women's collections Mr. M is focused purely on the looks and although it's fun to fall in love with new girls on the catwalk or enjoy the sashay-chantay shenanigans of old favorites MM always clocks any shortcomings in the clothes themselves. If RJ King or Sean O'Pry saunter past wearing poorly-made potato sacks Mr. M will still emerge from the proceeding declaring the collection a triumph as he wipes a drop of drool from his chin.

4. We New Yorkers can finally hold our heads up high in London again. Let's face it we all ADORE London but like BeyoncÃ© and Rihanna, we compete for the title of Coolest Bitch of the fashion universe. Yes Paris and Milan rule but NYC and London have a special rivalry and are always trying to top each other. London launched their men's fashion week two years ago and with enthusiastic support from the British Fashion Council and British big shots like Burberry, Alexander McQueen and (London-based American) Tom Ford it's been a humdinger of a success. The CFDA's dynamic duo Diane von Furstenberg and Steven Kolb have stepped up for Team New York so we'll be able to show London that NYC also knows how to make some men's fashion magic happen.

5. We now have a global gathering in the slow weeks of mid-July to fill our Twitter and Instagram with and make the kids we went to high school with jealous about how fabulous our lives are.