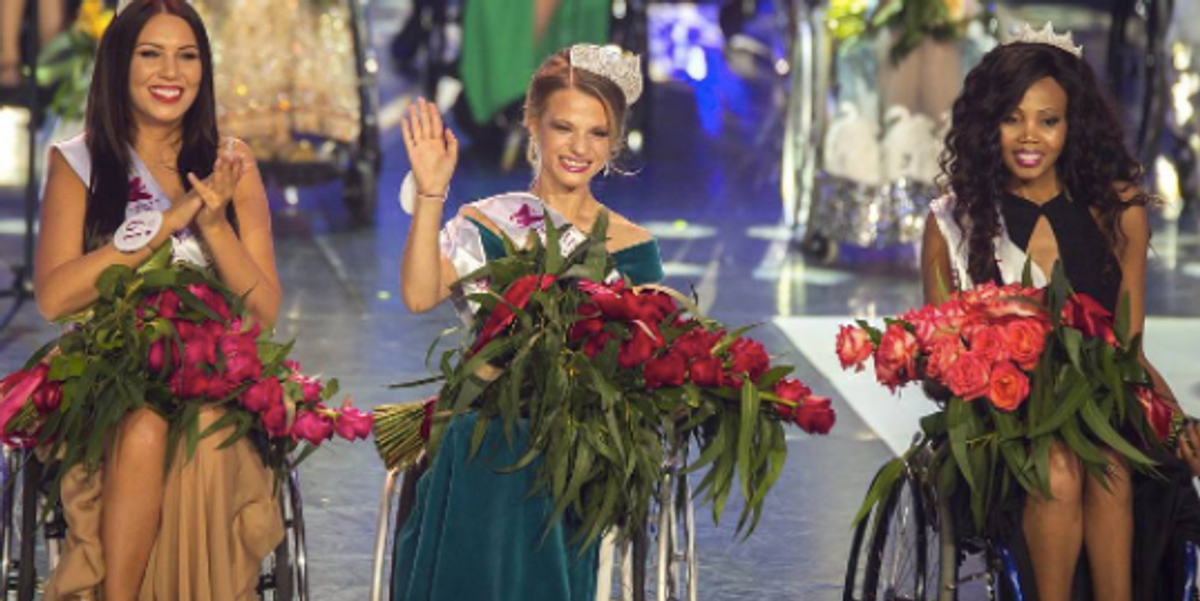 A 23-year-old student from Belarus has been crowned Miss Wheelchair World at the inaugural beauty pageant in Warsaw, Poland yesterday. Aleksandra Chichikova, a psychology student, beat out Lebohang Monyatsi, the runner-up from South Africa. 24 women from 19 different countries competed in the pageant.

"Fight your anxiety and your fears," Chichikova said at a celebratory gala, where each contestant wore an outfit representing their home country.

According to ABC, Miss Poland Wheelchair ran for four years before taking the competition to a global level. It was organized by The Only One Foundation, which was founded by two disabled women whose goal is to break down barriers that limit opportunities for people with disabilities. The organization's website says that every single woman in a wheelchair has the right "to be whoever she wants and to feel beautiful."

Chichikova's contestant profile reads, "I am convinced my life can illustrate that a person may be successful, strong, purpose-driven, beautiful and attractive regardless of how he moves. I really enjoy watching people change their mind and attitude towards disabled people. They start to see an equal person, not someone with disability."

The contest was co-hosted by the city of Warsaw, and the judging panel was made up of journalists, presenters and representatives from the Warsaw City Council.

The judging panel was made up of journalists, presenters and representatives from the Warsaw city council. Miss Poland Wheelchair 2013, Olga Alaba, was also a judge.


This is a great step toward better inclusion and representation in media for all women.