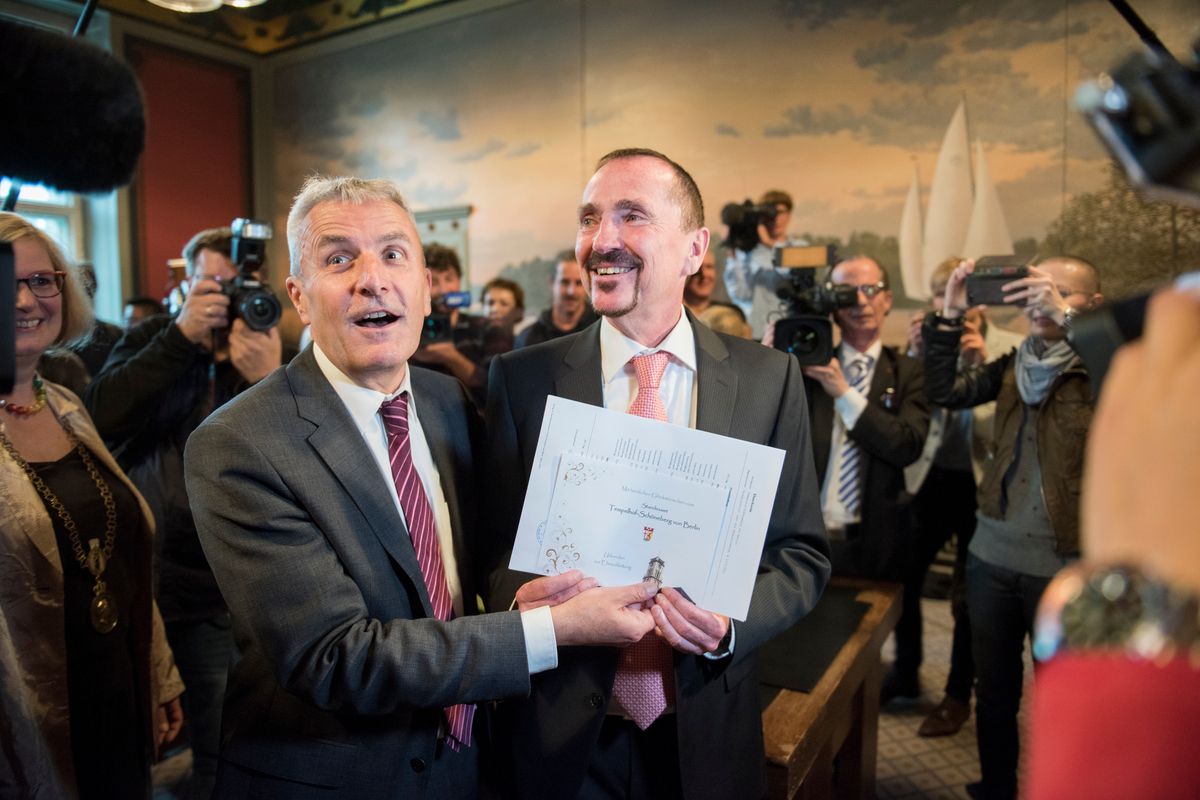 First Gay Couple Marries Legally in Germany After 38 Years Together

Germany became the 15th European country to legalize same-sex marriage this June. Yesterday, the law went into effect and Karle Kreile and Bodo Mende, who met 38 years ago, became the first German gay couple to be legally married.

"This is an emotional moment with great symbolism," Kreile told The New York Times. "The transition to the term 'marriage' shows that the German state recognizes us as real equals."

Karl and Bodo have become the first same-sex couple to get married in Germany ❤️💛💚💙💜 pic.twitter.com/BJnYbtG6f7
— ITV News (@itvnews) October 2, 2017

Kreile and Mended reportedly tried to marry in 1992 but were turned away at the registry office. They settled for a registered partnership, then legal under German law, but a civil union offered fewer rights than those given to married couples. (Under the new law, for instance, gay married couples have full legal rights to adopt children together).

German Chancellor Angela Merkel has long-resisted legalizing same-sex marriage, though in June she began to be publicly open to the idea. She said she was more open to lawmakers voting based on their individual beliefs, but still voted against marriage equality when the German parliament officially voted to legalize it this summer.