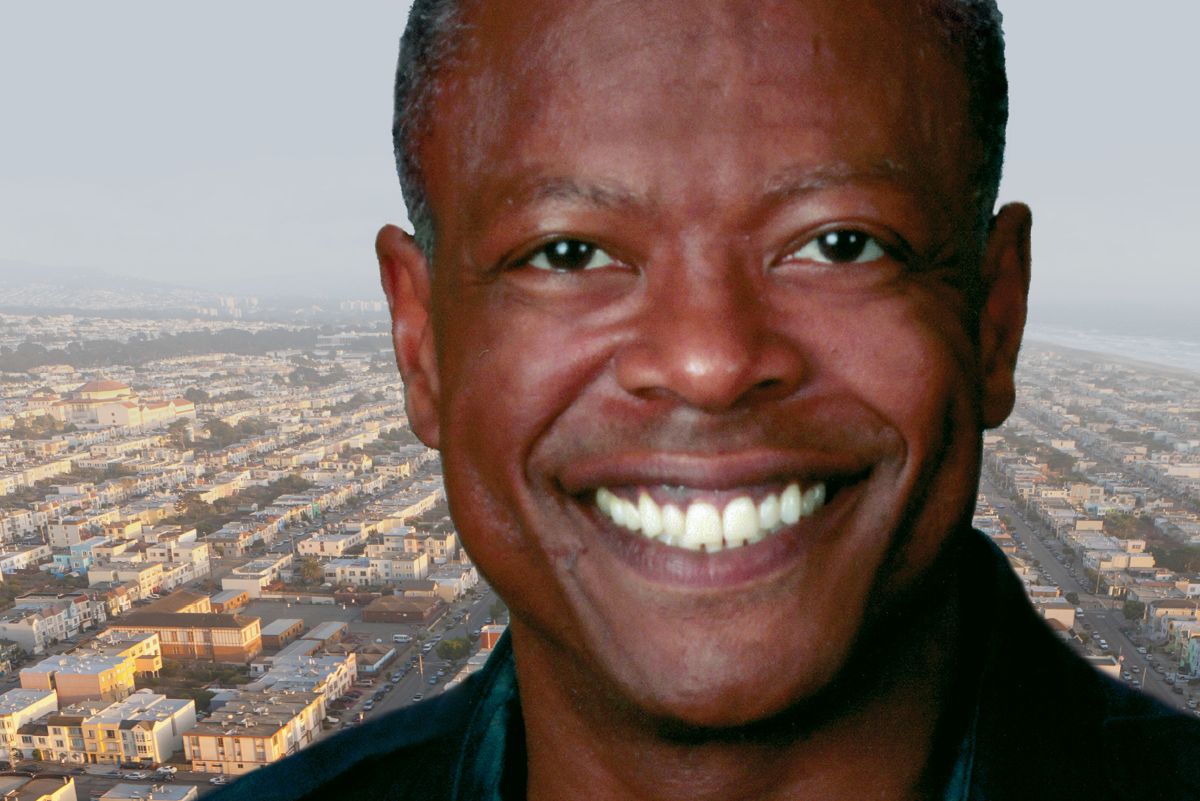 Firefighter Keith Baraka Guides Us to His San Francisco Secrets

In 2014, Keith Baraka had been working in the San Francisco Fire Department for 15 years, and had started to speak publicly about the discrimination he faced as an out gay man. An article in the San Francisco Examiner highlighting his struggles not only made Baraka a prominent face in the LGBTQ community, but also spurred real, swift change. Mayor Ed Lee appointed an openly gay man to the Fire Commission, and Baraka has been active in creating groups and resources within the Department to support its LGBT members. In honor of Pride, PAPER, in collaboration with American Express, asked Baraka to shout out some of his favorite LGBTQ-friendly places in San Francisco.

Foreign Cinema
It's been in San Francisco for almost twenty years, which is no small feat for a city full of foodies. Each month they feature a film, mostly for atmospher because really, the California-Mediterranean inspired cuisine is beyond.

L'Ardoise
This Castro bistro is very popular with the neighborhood locals, and is always crowded. It's traditional French food done really well, combined with excellent service and magnificent wine pairings.

If you're feeling outdoorsy...

Golden Gate Park
Give me a home where the Buffalo roam. OK, technically they're bison, and they're not roaming far outside their paddock. Golden Gate Park offers so much that you'll really find it hard to decide what to do first. I really love the botanical gardens, the Conservatory, and the de Young fine arts museum. If you're feeling adventurous, head on down to the Windmills. They've been around since 1903 and 1908 and were recently renovated. Don't worry--that rustling you hear coming from the brush in between the two structures? It probably isn't a buffalo...

Fort Funston
While you're out west near the windmills, you might as well keep going south to Fort Funston in the Golden Gate National Recreational Area. It's the take off spot for hang-gliding enthusiasts when the mythical wind-god Aeolus cooperates. You must love dogs as this spot is definitely at the top of every dog's list. Breathtaking sunsets, hiking and a nearby place that offers horseback riding makes this place an off-the-beaten path treasure.

Dolores Park
Leave it to the gays to stake claim to the corner of the park offering the most beautiful views (Church St. and 20th St.). It's basically a beach on the weekends, with scantily clad folks representing all of our letters of the alphabet...LGBTQ! Lots and lots of "San Francisco Incense" (A.K.A. pot) will invade your senses. If you want to partake, just head on down to your local doctor, get a prescription, and order it from The Green Cross. They'll deliver it to you, usually in under an hour, and their selection and prices are some of the best the city offers. Better yet, it's a non-profit.

Stern Grove Festival
This festival features free concerts all summer long, with a lineup with a little bit of something for everyone.

If you're feeling sporty...

Giants baseball
Take in a game and root on the 2014 world champs who are still dominating their division. How could you go wrong?

And for anything in between...

Philz Coffee
Friends don't let friends drink Starbucks in San Francisco. The coffee scene is blasting off here and Philz is one of the best., offering some of the best drip coffee in the city.

Bi-Rite Creamery
If it's hot outside, there's going to be line at Bi-Rite for their amazing ice cream.