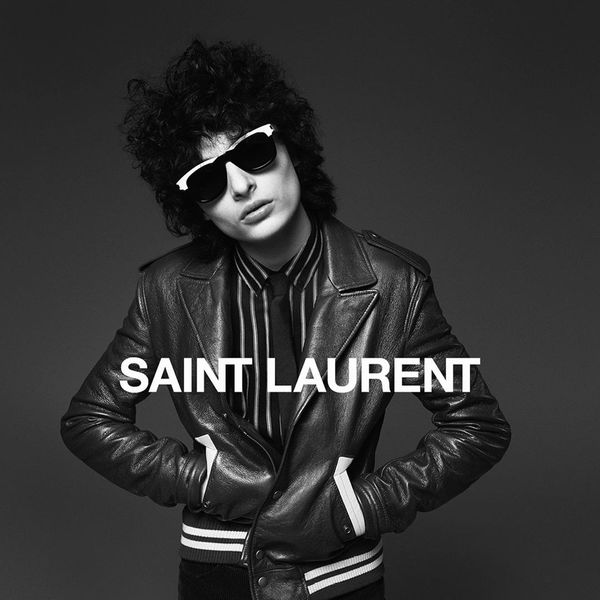 Finn Wolfhard Is the Fresh New Face of Saint Laurent

What do Keanu Reeves and Stranger Things star Finn Wolfhard have in common? Is it that they are both leading men in a sci-fi franchise? Actors who have been known to moonlight in underground rock bands? Disarmingly charming personalities that have given birth to an ocean of memes? While all technically correct, they can now both add that they are the new faces of Saint Laurent.

Looking like the spiritual lovechild of Bob Dylan and Van Morrison, Wolfhard models the French fashion institution's new fall 2019 collection sporting a series of sharply tailored suits and jackets that embody the epitome of cool. Under the creative direction of Hedi Slimane's successor, Anthony Vaccarello, YSL has continued to embrace its timeless look with a sleek, modern edge.

Shot by legendary photographer David Sims, Wolfhard provides the youthful answer to Reeves' refined (and massively daddy) portrayal of the Saint Laurent man. It's YSL for a new generation, one that remains in touch with its heritage while not being held back by it. Check out Wolfhard in the new campaign spot, below.