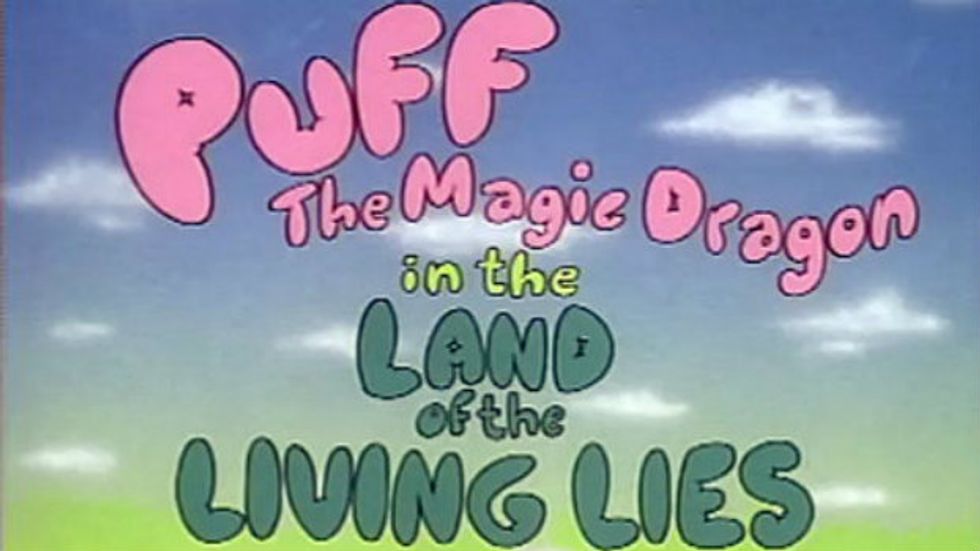 Finally, There is a Puff, the Magic Dragon Restaurant for Stoned People

by Eric Thurm
PAPERMAG
Rejoice, lovers of weed and cheesy, themed establishments, there's going to be a "Puff, the Magic Dragon" restaurant inspired by Peter, Paul, and Mary's song (which the trio has repeatedly and somewhat unconvincingly denied is about blazing up). There's sure to be large amounts of kitschy decorations and bad food that you won't be able to tell is bad because, of course, you thought it would be really funny to get stoned before going to the "Puff, the Magic Dragon" restaurant.

The culinary establishment comes from Steven Schussler, the visionary behind Rainforest CafÃ© -- that great way to experience signifiers of "jungle" with animatronic robot animals without having to go more than a mile from the local Cheesecake Factory. Thankfully, Schussler, after working out a lengthy deal with Peter Yarrow and songwriter Lenny Lipton, will turn their music into a "global network of magical restaurants," a phrase that does, in fact, sound like it was uttered by either someone deeply, permanently lit, or just someone excited about making a lot of money. Maybe both! Either way, keep your Puff pastries. We'll stick with the memories of the dearly departed Mars 2112, thank you very much.