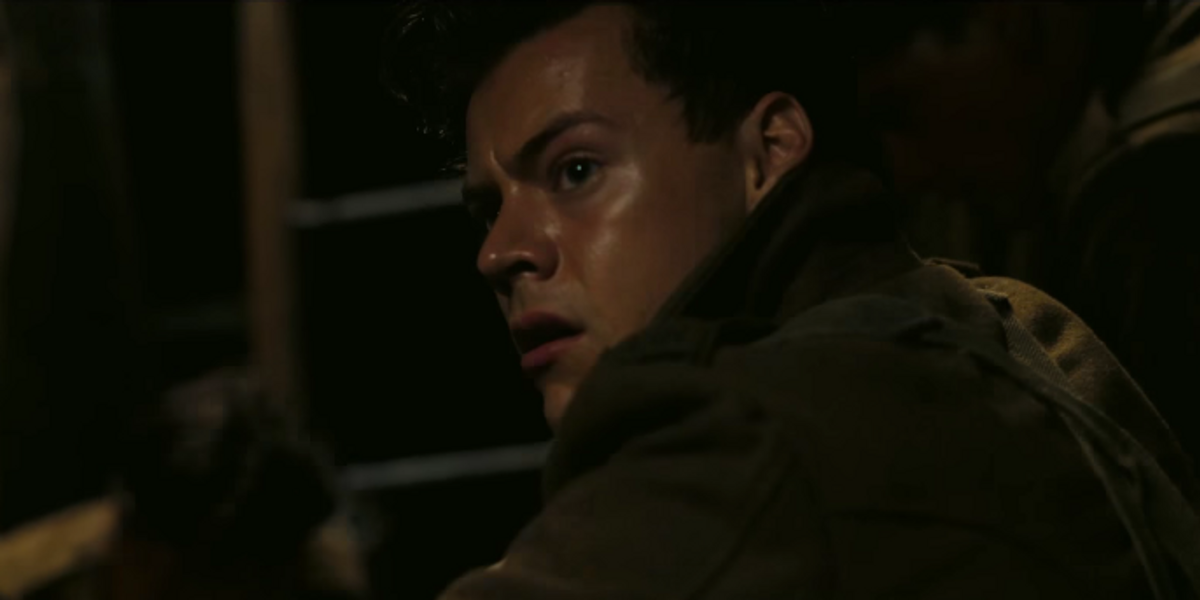 What a treat. Harry Styles, the perpetual schoolboy who somehow bottled irresistibility and drowns himself in it every morning, is starring in a new film. There is now a trailer for said film, Dunkirk.

Yes, despite the fact all you and I care about is Harry Styles' debut, the Christopher Nolan-directed war epic actually looks pretty good. Very good in fact. Based on the evacuation of 400,000 allied troops from Dunkirk in France during World War II (known as the "Miracle of Dunkirk", which you might remember from Atonement) Dunkirk has a whole heap of explosions and of course, Harry Styles.

Let's take a good look at Harry – who appears in the trailer approximately three times for the collective screen time of just over two seconds.

Here's Harry on the beach looking depressed in what looks to be a very depressing scenario.

Here's Harry in a ship looking concerned in what looks to be a very concerning scenario.

Look, frankly I'm not even sure this is Harry (or just any other attractive actor), but if so here's Harry underwater looking stressed in what looks to be a very stressful scenario.

Here's the full, depressing, concerning and stressful trailer for Dunkirk, which will hit cinemas in July. Enjoy!