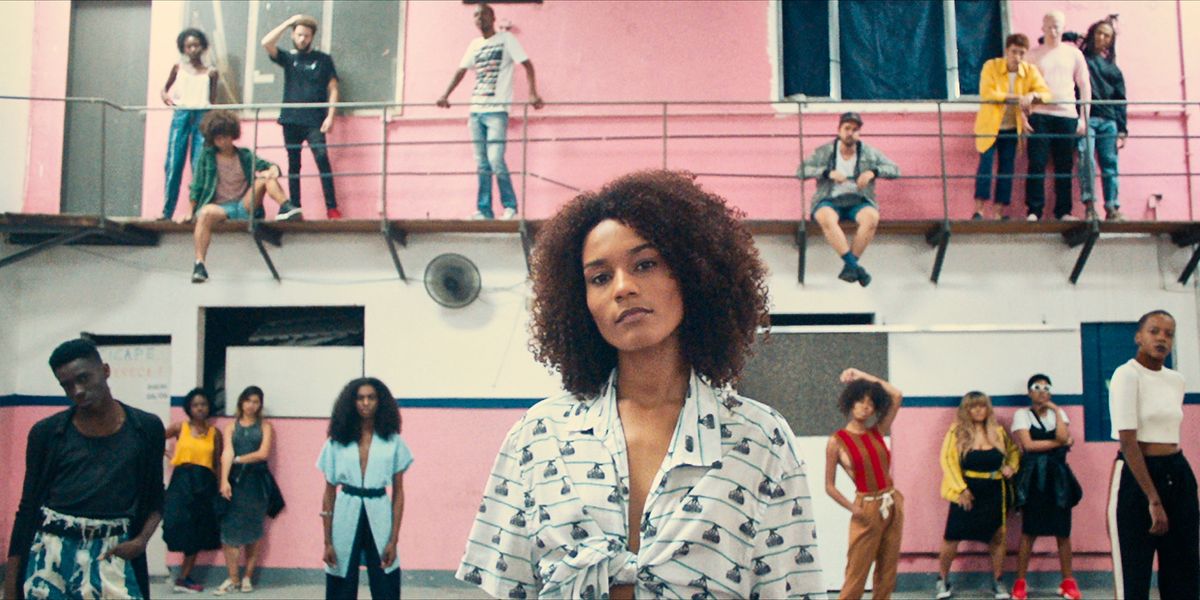 As cultures across the globe become increasingly more connected through the internet, the push toward inclusion and diversity in fashion becomes even more urgent — and depressingly even more apparent when the mark is missed. As the old power guards begin to give way to new generations of creatives influenced by the things around them — including the streets they're from — giving due credit, attention and opportunities to the originators of different styles is a vital part of nourishing a cultural ecosystem that is healthy and thriving rather than exploitative or vulturous. Fashion should be a means of expression, not oppression.

Enter Jacaré Moda, a modeling agency and production company that's transforming the fashion industry by bringing young people on the periphery into the center of the conversation. Jacaré casts models from in and around some of Brazil's poorest neighborhoods, including Jacarezinho — one of the biggest favelas in Rio de Janeiro. Founded by Jacarezinho resident Júlio César Lima, the agency started out by holding competitions to find and showcase new talent. As the competitions grew locally, the company grabbed the attention of bigger and bigger brands. Jacaré books models who are not only beautiful in their own individual and unique ways, but who resist the idea that favelas are only a place of poverty and violence. Models participate in workshops and learn new skills to take their careers and their communities to new levels.

Recently Jacaré teamed up with Papel & Caneta, a nonprofit collective made up of young people from creative agencies all over the world, to create a short film about Jacaré, featuring three of its models: Caio, Natália and Camila. The film premieres for the first time below, and PAPER asked the film's director Geoff Levy, Papel & Caneta connector André Chavez and Jacaré Moda partner Clariza Rosa to tell us more about the process behind the film and about the models themselves.


How were the models in the film cast?

They were selected during the workshop phase, according to their story at Jacaré Moda and their worldview. Even though all the models are driven by the will to strive, the life stories and opinions of [models] Caio, Natália and Camila connect. Despite coming from distinct origins and lifestyles, their narratives exemplify the innovation that can emerge from the periphery with the power of union. Discriminated countless times for their backgrounds, they looked to fashion as a way to learn, rediscover their self-esteem, develop their talent and originality. — André Chaves, Connector at Papel & Caneta

How did Jacaré Moda find them?

In 2015, we had a contest in the favela of Jacarezinho as a milestone for the new era at the agency. We needed to hold an event in Jacarezinho so people from different favelas could come to our community. It was a process developed with other partners to give it more amplitude. — Clariza Rosa, Partner at Jacaré Moda

Do the models get paid for the work they do?

For the most part, yes. Something we stand by as a premise is the empowerment and financial independence of the youth from the communities. Depending on the job, though, we establish partnerships where payment comes in the shape of courses, for example. Or of a project which will be superbly executed and bring us visibility. — Clariza Rosa, partner at Jacaré Moda

Are all the models represented by Jacaré Moda from the favelas?

Almost all of them. Some come from neighborhoods away from the city center and Zona Sul [South Zone], which are the main developing areas in Rio today. That's why we have built our narrative around the communities, since our casting is mostly made up of youth from the favelas, but also from outer low-income neighborhoods, Baixada and Zona Oeste [West Zone] — Clariza Rosa, partner at Jacaré Moda.

Jacarezinho was the most unique place that I've ever spent an extended period of time. It's in the North Zone, away from the beaches that traditionally illustrate what people think of Rio. There may be 40,000 people tightly together there, but it creates an incredible sense of pride and family. Locals were constantly greeting, hugging, playing board games in the street. Everyone was fashionable, or voiced their personality through their clothing. The colors were unreal. Nearly every building was painted vibrantly – this informed a lot of the palette of the clothing in the film. And when the sun goes down and you see dozens of kites being flown in backyards, you really get an intangible feeling about how special the place is. I'll never forget it. — Geoff Levy, Director

Brazilian style is so varied, and the people are so diverse. Why does representation of models from all walks of life matter? Why haven't we seen more of it before?

We believe the people and their diversities have always had strength, but thanks to a global wave of growth in the communities, now we're witnessing a bigger boom. Internet access has also had its share in speeding up the process. If we didn't like something before, the power to respond to that was weaker and slower, so the processes took much longer or were basically overlooked. Now, if a company/product or service isn't up to par with the customer's expectations, our voice is almost automatically heard. To highlight a country's plurality and diverse viewpoints is extremely important these days, even from a commercial perspective. — Clariza Rosa, partner at Jacaré Moda

"Gambiarra," the idea of making it work with that you've got, was expressed throughout the film. Working with these young people, how did you see them applying that principle to their lives and their work?

When we sat with the models and learned about the concept of gambiarra, we realized it wasn't just a technical construct, but also a mantra for the people. Given a set of unfavorable circumstances, they are are able to make all situations work and oftentimes favorable. Caio may have to hop a train sometimes to make a casting, but his self-ripped jeans and DIY take on fashion is influential.

Also, our production was constantly referred to as a gambiarra. Hardly any budget, on-the-go preparation, working in small or unsecured spaces, and everyone wearing a lot of hats. The communal spirit of the concept really reinforced how we all worked together. — Geoff Levy, Director

How can fashion and media serve as conduits for social change?

Fashion has become such a fluidly global conversation. What happens in Brazil informs what happens in Tokyo, and vice versa. We all influence each other. With fashion, there is a cultural exchange while also a representation of self. A kid in a favela can see how a jacket is worn in another country, then bring their own style by pairing it with a different article, wearing it differently, recontextualize and recreate it. It's not a competition, it's a conversation that's democratic and open to all. And it's undeniable that favela culture bleeds into what is commercially in right now – it's important to give that credit where it's due. To recognize and appreciate those unique voices instead of just simply reappropriating. — Geoff Levy, Director

By becoming a means of expression and not oppression. In these complex times in which everyone is talking about inclusion, diversity is still more of a conversation topic than a reality. The truth is, creating opportunities for and embracing initiatives such as Jacaré Moda is as important as supporting the diversity of models in fashion shows and campaigns. A lot of projects and collectives are springing from all over the world to set a new course for the industry, but do they get their due attention on websites and in magazines? Are the major platforms willing to find them and show their stories to the world? — André Chaves, Connector at Papel & Caneta