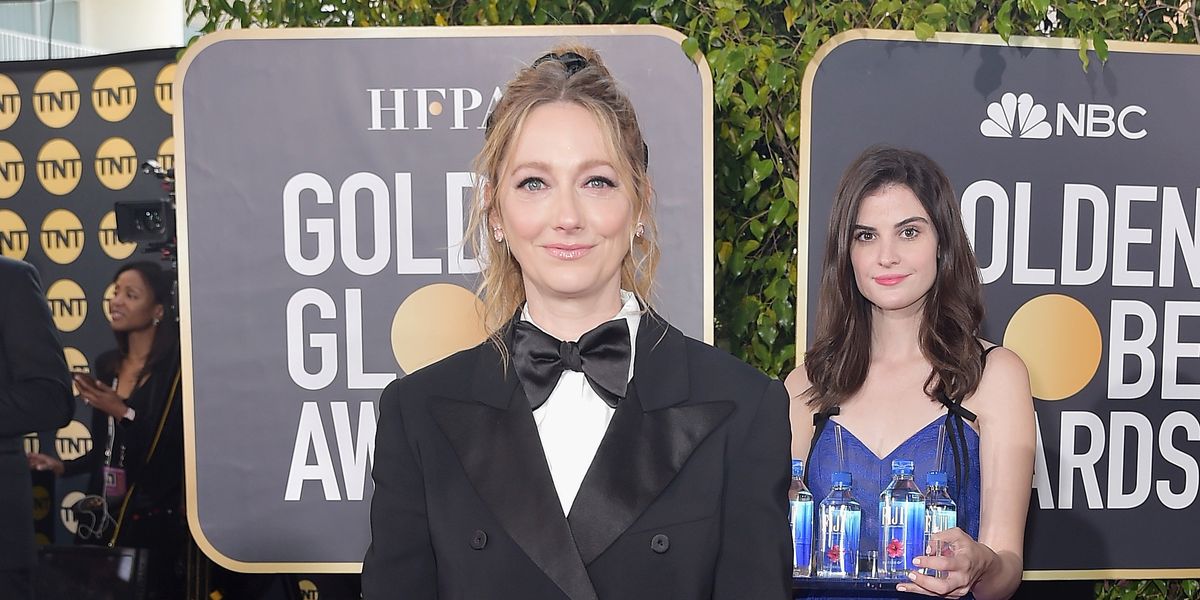 It all started out so innocently! One of Fiji's red carpet ambassadors went viral for her sarcastic facial expressions at the Golden Globes, becoming a national hero overnight and stealing attention away from the celebrities and their statues. Her name, we learned, was Kelleth Cuthbert. She was a model slash actress who at first seemed to be taking the newfound fame in her stride.

Well, that's over. Relations between Fiji and their water girl have soured, and the inevitable lawsuits have begun.

According to The Blast, Cuthbert is suing Fiji for making life-sized cardboard cutouts of her in her Globes dress and installing them around various Hollywood hotspots — understandably attempting to profit from her virality. John Legend was already papped doing some grocery shopping with an ominous cardboard Cuthbert lurking in the background.

Cuthbert alleges Fiji didn't obtain her permission to make the cutouts, and only tried to negotiate an agreement with her agent after they had already been installed. She also claims that Fiji pressured her into signing away rights to her image.

Fiji told The Blast that it did negotiate an agreement with the model, calling her lawsuit "frivolous and entirely without merit." And even if they do end up paying out an undisclosed sum to Cuthbert, Fiji remain the winners here. Because I'm still writing about their brand, a full month after the Globes aired.