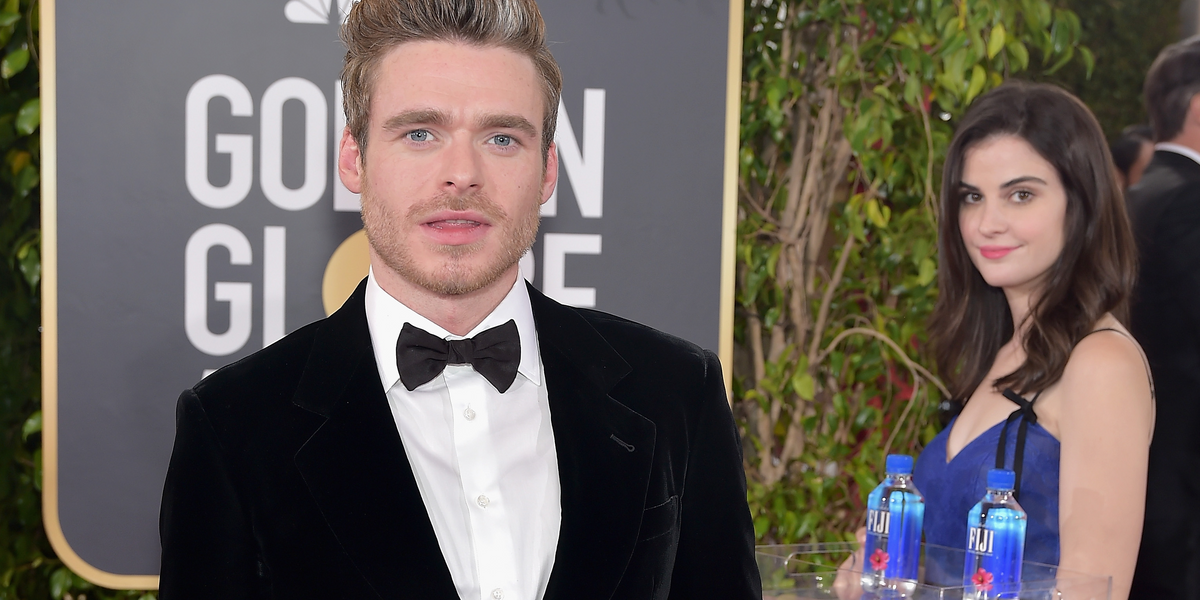 Forget the Celebs, the Fiji Water Girl Stole the Show

Every year, the Golden Globes are a time for the stars of the best films and television shows to shine. But this year, somebody else noticeably stole the spotlight on the red carpet. Lurking in the background, and giving her best smile for the paparazzo in her long blue gown is the Fiji Water girl.

The Internet took notice of the beautiful brunette, and can't help but love her for living her best life, photobombing celebs' pics — everyone from Jim Carrey to If Beale Street Could Talk's Kiki Layne. Of course, Twitter did some digging, and found out she's a Los Angeles-based model named Kelleth Cuthbert.

Cuthbert became an instant meme. So, naturally, we made a roundup of Twitter's best reactions to #FijiWaterGirl":

The best supporting look on the red carpet hands down has to go to the #fijiwatergirl she served too many looks to not get ‘discovered’ tonight. #GoldenGlobes pic.twitter.com/dx5u45Xgwc

#fijiwatergirl 😂 you know all the paparazzi are YELLING at her to move. She’s a strong woman. Supposed to be hydrated everyone but she’s the thirstiest one on the carpet! I love you Fiji water girl! #anewstarisborn #firstmemeof2019 #GoldenglobeAwards2019 pic.twitter.com/2ZMnYbX4j7

How do I get the job of #fijiwatergirl