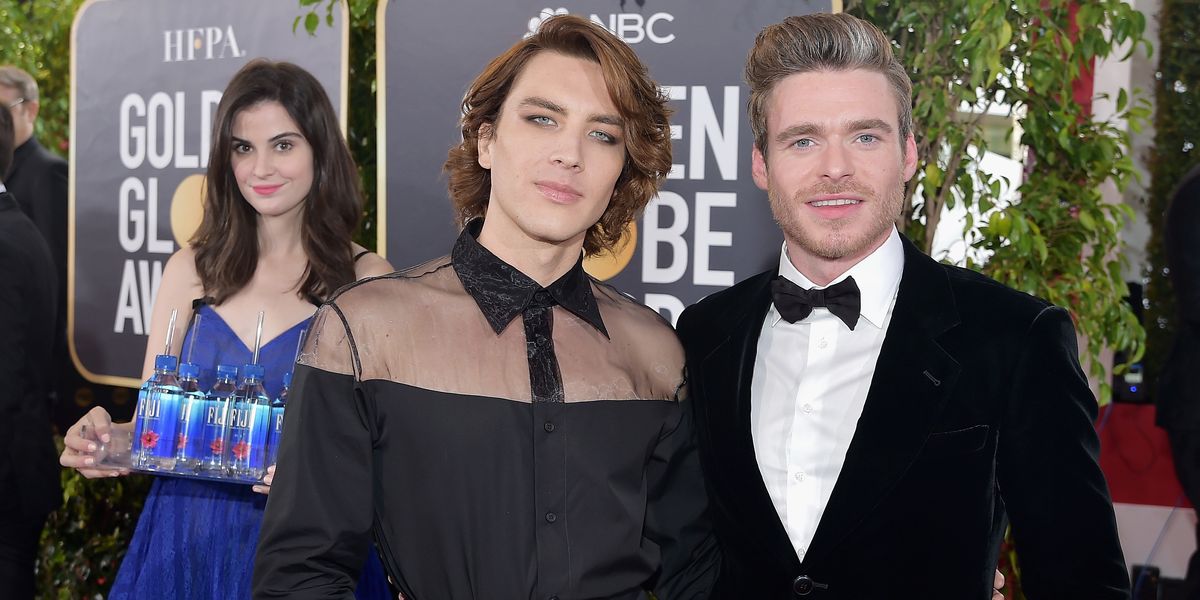 America's SponCon sweetheart, Fiji Water Girl, a.k.a. Kelleth Cuthbert (a.k.a. Kelly Steinbach?), managed to do the unthinkable less than a month ago and make the Golden Globes red carpet actually fun to watch. Photobombing various celebs with a Mona Lisa-esque smirk, she drew the fascination of the nation overnight using one brand's shameless plug for her own notoriety.

A viral sensation, Cuthbert and Fiji both basked in the glow of their newfound memetic fame until the honeymoon period came to an abrupt halt. Word broke last week that Cuthbert was suing Fiji for using her likeness to promote their product without her permission. Apparently Fiji had already installed cardboard cutouts of the model in various locations around Hollywood without Cuthbert's knowledge until after the fact. She also claimed that water company strong-armed her into signing away the rights to her likeness for future promotion.

In a new twist, Fiji has fired back with a countersuit of their own. Claiming that Cuthbert is "biting the hand that feeds her," Fiji Water's parent company is pointing to Cuthbert's original contract as a brand ambassador for the span of a year as cause for complaint. According to the lawsuit, Cuthbert left with the only copy of the alleged contract that would apparently vindicate Fiji and was fully briefed on the cutouts and marketing strategy. On top of that, the suit also alleges that Cuthbert has been promoting other products in spite of the terms of the aforementioned contract that has yet to be seen.

It is the kind of drama that feels plucked straight out of a soap opera abandoned on the wasteland of a Facebook TV original series. It's got everything you could possibly ask for: internet celebrities, corporate trickery and petty legal catfights with stakes that are lukewarm at best. As it's obviously advantageous to both parties to drag out the drama as long as they can, the cynic in me has an odd feeling that this won't be the last we hear from Fiji Water girl before this lawsuit is all said and done. In many ways, she'll always be there, lurking just over Jamie Lee Curtis' shoulder ready to offer you a crisp cold bottle of Fiji Water.