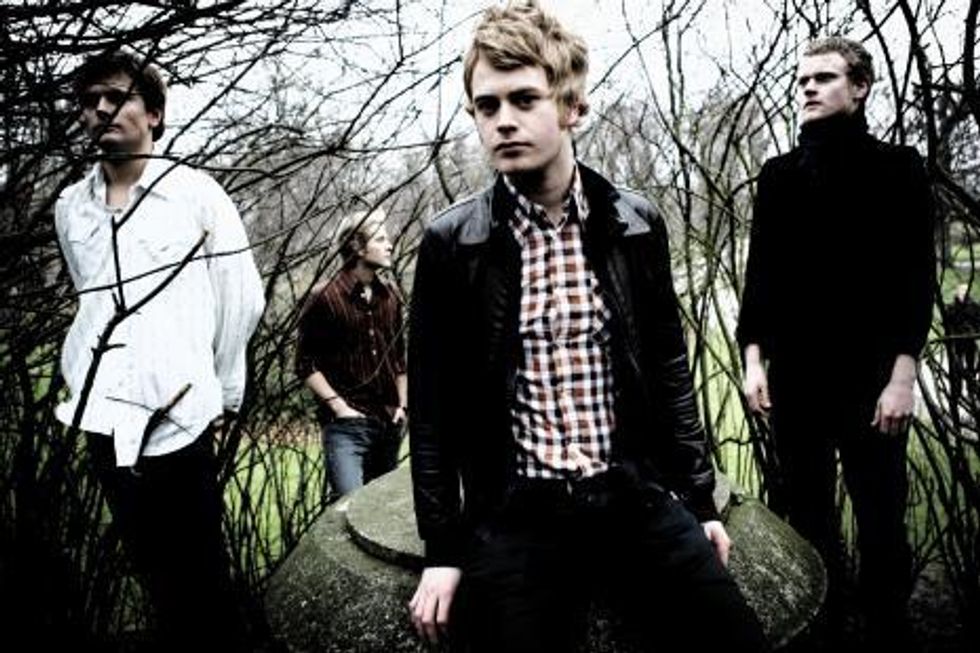 Sunday night I went to see Tapes 'N Tapes, Figurines and Cold War Kids play at Bowery Ballroom. Tapes 'N Tapes were headlining but I was really there to see the Figurines from Denmark. I had also heard great things about Cold War Kids from Southern California so I got there extra early to check them out. I was glad that I did.  The Cold War Kids are quite entertaining live. Their blues influenced rock style isn't quite what it could be (some songs rocked while others were a bit redundant and, well, boring) but their live performance was full of vigor and enthusiasm. They were in constant motion, it was incredible. I think their song writing skills could be improved and I see no reason why it won't if they continue to put the same energy I saw last night into it.

But now on to the Figurines. Their sophomore release, Skeletons, is full of brilliant pop gems, addictive guitar riffs and hooks that are, to put it simply, just plain fun.  Lead singer Christian Hjelm's voice reminds me of Built To Spill's Doug Martsch but the Figurines have created their own Indie sound that is irresistible. To say that I was looking forward to seeing them live would be an understatement.

At the beginning of their set only Hjelms and drummer Kristian Volden took the stage. Hjelms started out singing a folk song that, with his stylized drawl, was quite mesmerizing. After a few minutes bassist Andreas Toft and guitarist Claus Salling Johansen joined them on stage and the three of them broke out into a three part harmony that immediately put a smile on my face -- I think it's fantastic when boys harmonize! Right after they broke out into their hit single, "The Wonder," which had the audience cheering and hollering their approval. The rest of the set was basically a live version of their album which normally I find boring but which the Figurines pulled off splendidly. They were quirky and adorable live, and had an amazing confidence that is really only apparent in foreign bands that know they have made a quality record and yet have worked hard to make a name for themselve in the United States. I loved it!

Listen to the Figurines -- The Wonder and Rivalry