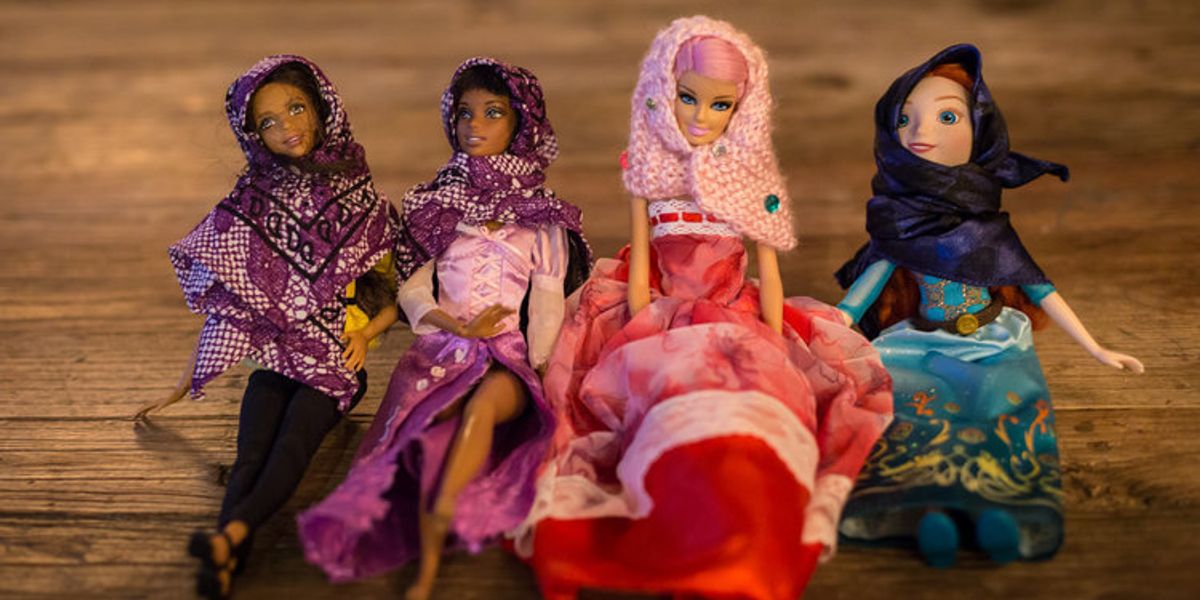 Fight Islamophobia With These Doll Hijabs

Long gone are the days when Barbies were synonymous with stick-thin pale limbs and sparkly pink lip-gloss smiles – now they come in all the different shapes and colors that reflect the world at large--even different religious affiliations.

Hello Hijab is a new initiative by a Pittsburgh non-profit that is making tiny headscarves for Barbie dolls to wear in an effort to increase inclusivity in the new generation's consciousness. It's a fun, pertinent, and totally cute way to raise awareness about the hijab while also helping young hijab-wearers feel seen.

Started by Gisele Fetterman, Safaa Bokhari and Kristen Michaels -- who are mothers themselves –- the initiative is a part of a larger non-profit For Good which aims to uplift the various marginalized people of the country.

Gisele Fetterman told RT that by bringing the hijab into the playroom, Hello Hijab is helping bring up a "kinder generation, [that is] used to playing with dolls that look different to them."

While we've taken the fight against Islamophobia from the courtrooms to the streets to the Internet, we've yet to bring it into our everyday lives and the lives of our children. Hello Hijab – whose Barbie-compatible headscarves are to be made both from new material as well as from repurposed hijabs donated by Muslim women – seems to be the way in.

Along with the cute 4-inch doll accessories, will come a hand-written note explaining the significance of hijab to the children. Proceeds from each doll hijab – priced at $6 – will go to the Islamic Center of Pittsburgh, Community Blueprint, the ACLU of Pittsburgh, and the Jewish Family & Children's Services of Pittsburgh.

Splash Photo via For Good