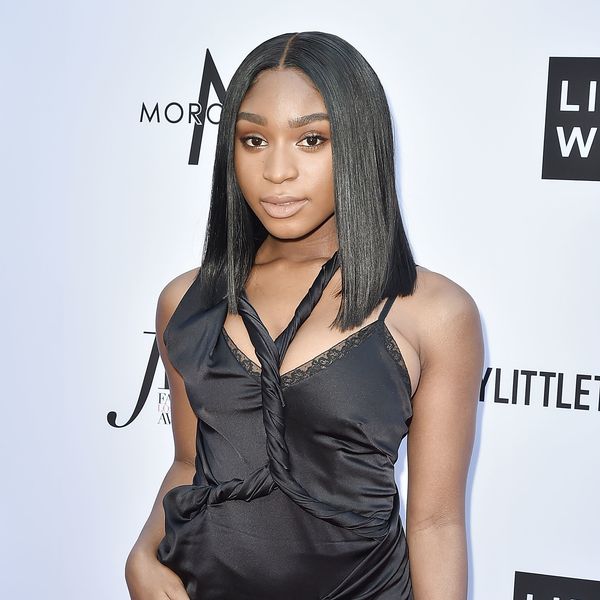 The members of Fifth Harmony have been through quite a pop music whirlwind lately. After Camila Cabello left in 2016, the group released a self-titled album last year before ultimately announcing they're going on an indefinite hiatus in March.

Now, 21-year-old singer Normani Kordei is following in Cabello's footsteps. She is the first artist to sign with Keep Cool/ RCA Records, a new label founded by Tunji Balogun, Billboard reports. She is currently working on her debut album following the release of her recent single, "Love Lies," with Khalid.

The advent of her solo career isn't exactly shocking news — Kordei signed to the publishing company Stellar Songs in February as a songwriter before the band had even announced their hiatus. This move sparked rumors that the group was on the brink of breaking up.

Kordei made a statement about her new career move and her love for the other members of Fifth Harmony, saying, "I'm so incredibly grateful to be able to be in a place where I can explore myself as an artist and what I'm capable of. Never in a million years did I think I would be in this position in 2018. Everyone has been so supportive and patient; thank you so much to my fans for giving me the opportunity. I'm so thankful to my girls that we created this space among ourselves to explore and branch out creatively. Fifth Harmony has always been and will always be home."