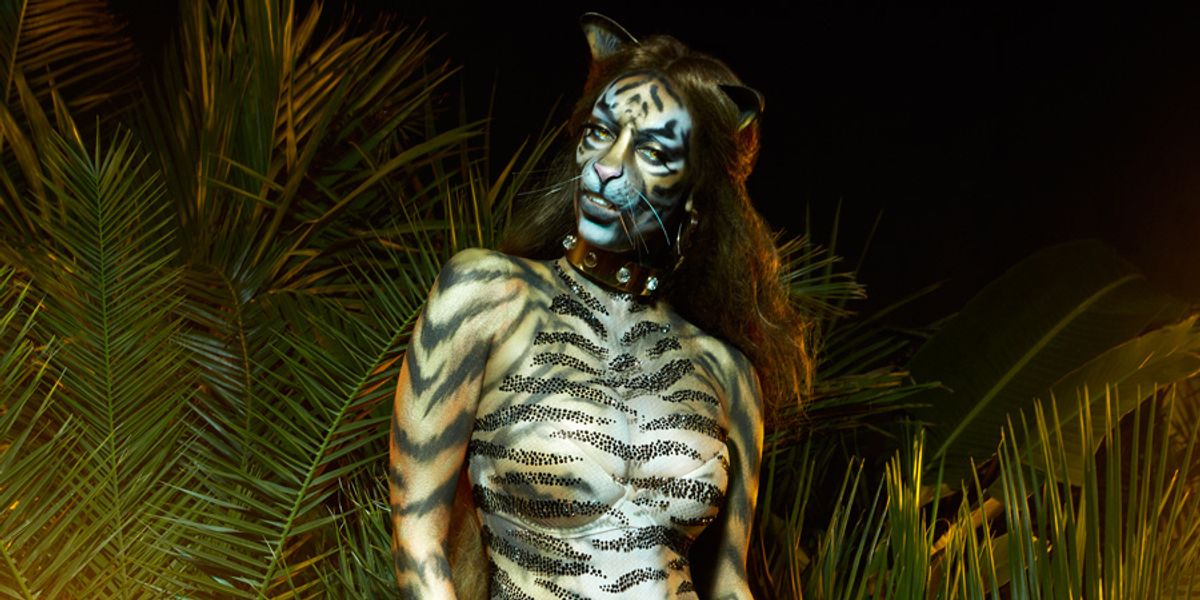 Tyra Banks: Fierce as a Tyger

Even Tyra Banks isn't immune to social media pressure. In 2016, fans were infuriated after learning that Banks had quit her role as the host of America's Next Top Model, handing the reigns to singer Rita Ora. Lucky for them, after just a one-season hiatus, Banks is returning for the show's 24th cycle, which airs this December and features the return of last season's judges, stylist Law Roach, model Ashley Graham and PAPER's creative director Drew Elliott. While the supermodel, actress and business mogul had more than enough reasons to quit -- she had become a new mom to son York, via gestational surrogate, and was focusing on a number of other endeavors -- ANTM just wasn't the same without its queen. After all, it was Banks who taught the world how to smize way back when, subsequently giving us the ultimate lesson in selfies we didn't know we needed. 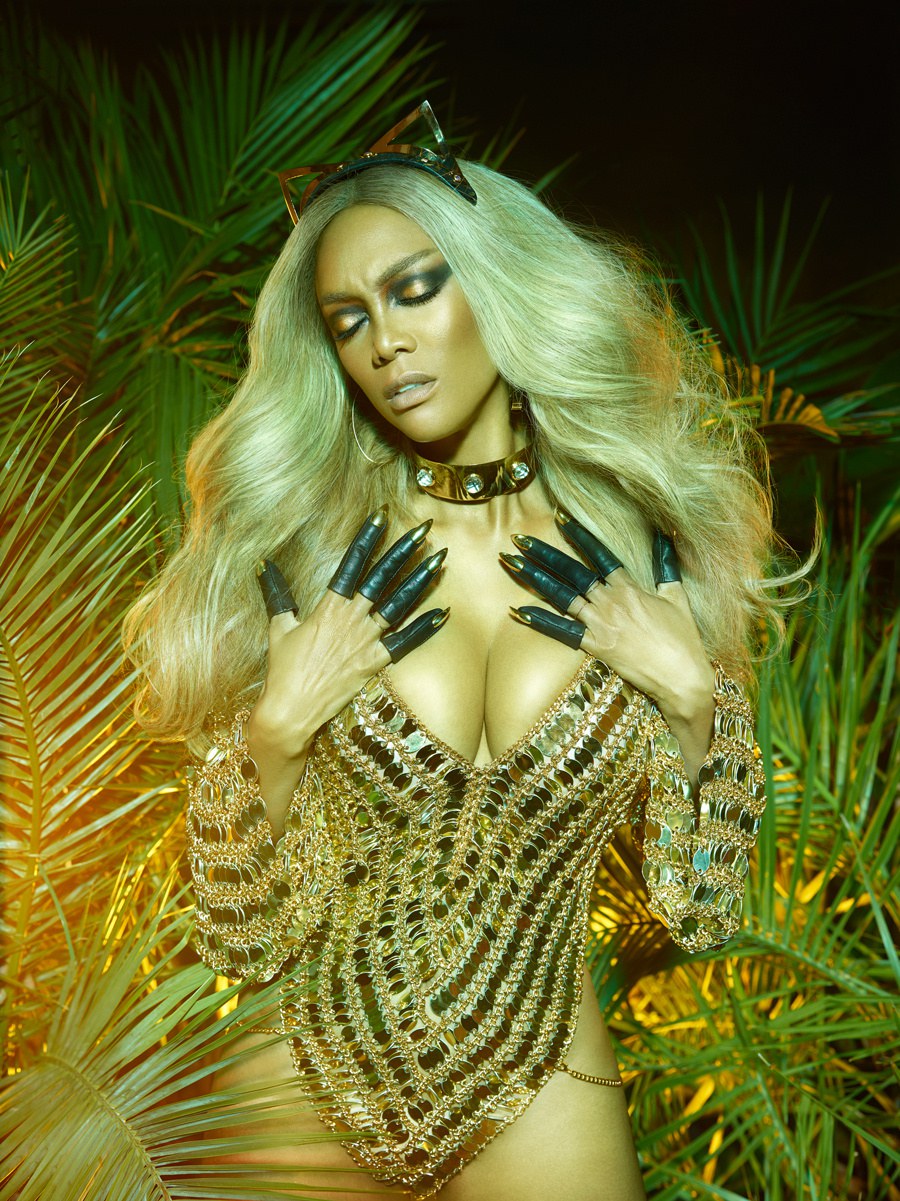 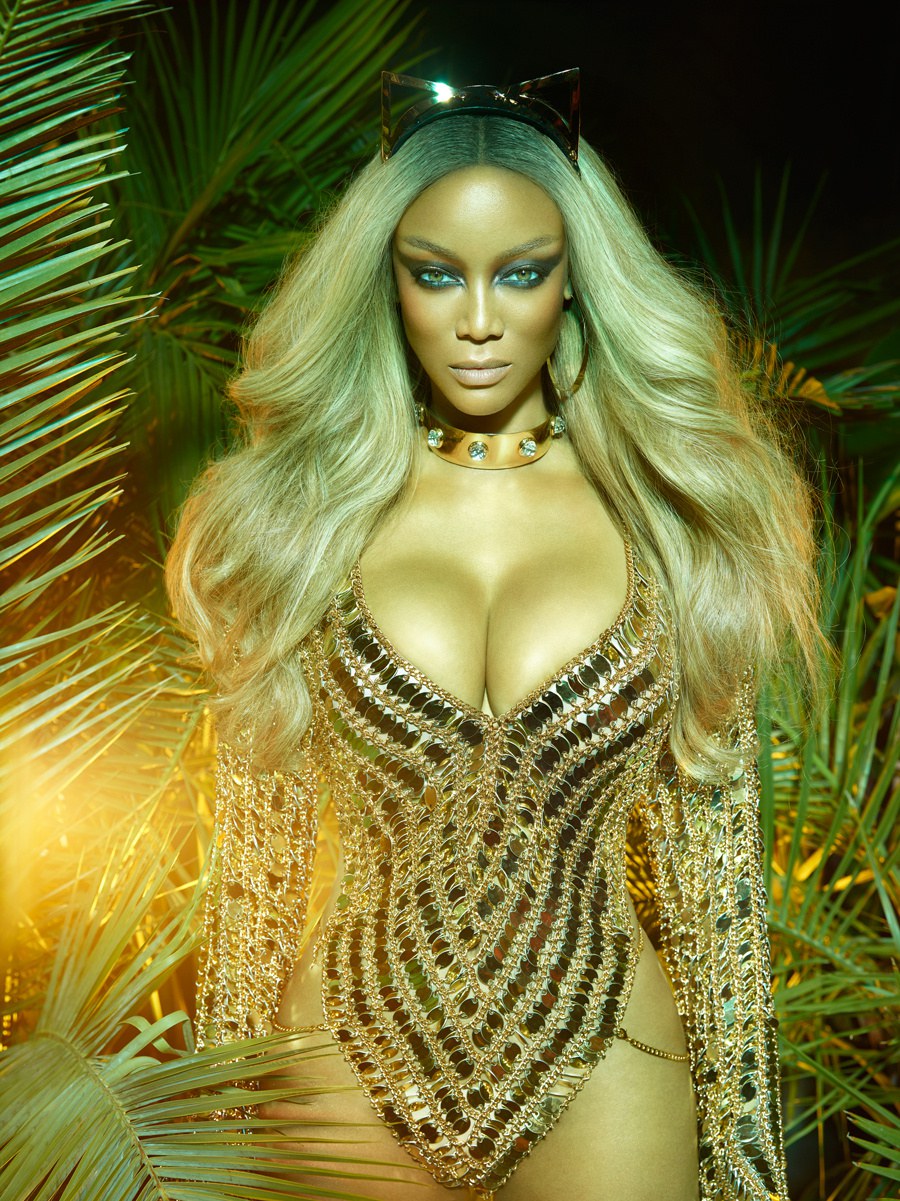 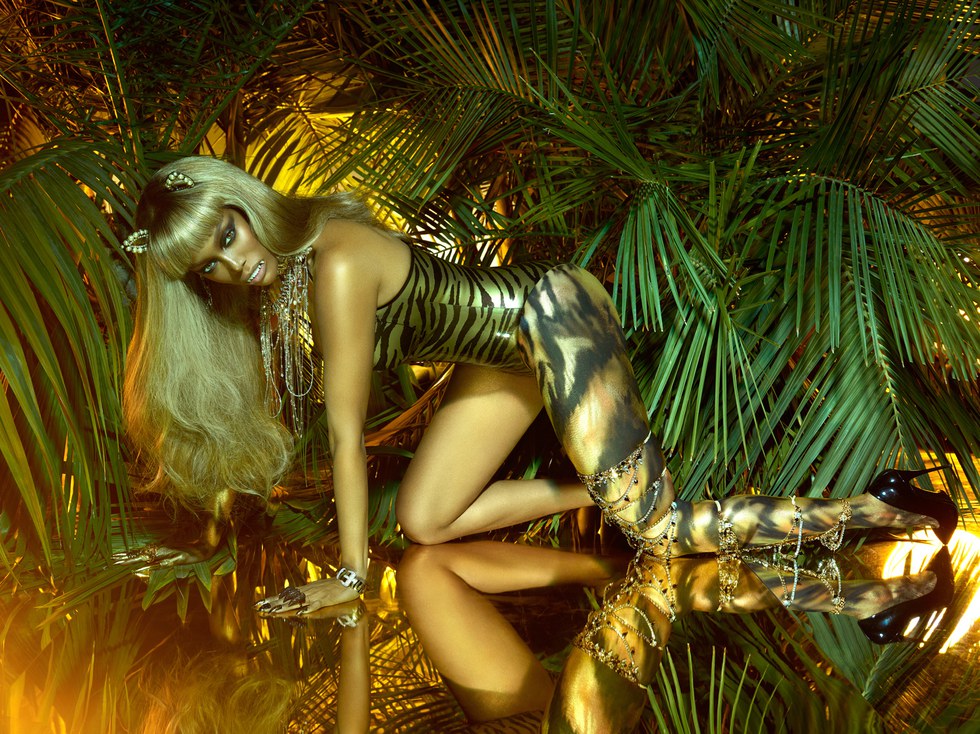 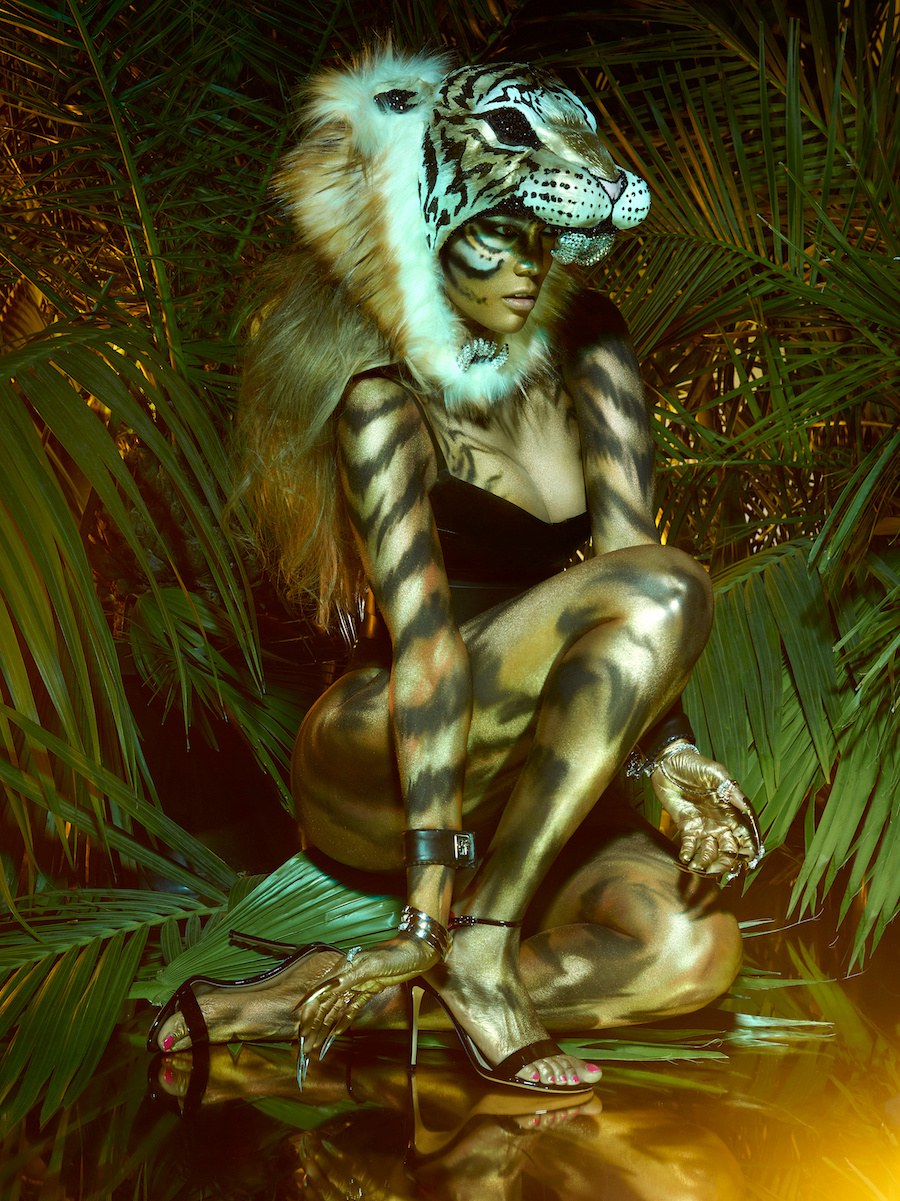 Bra by Vex, belt by Yvy and headdress by Fauxtale 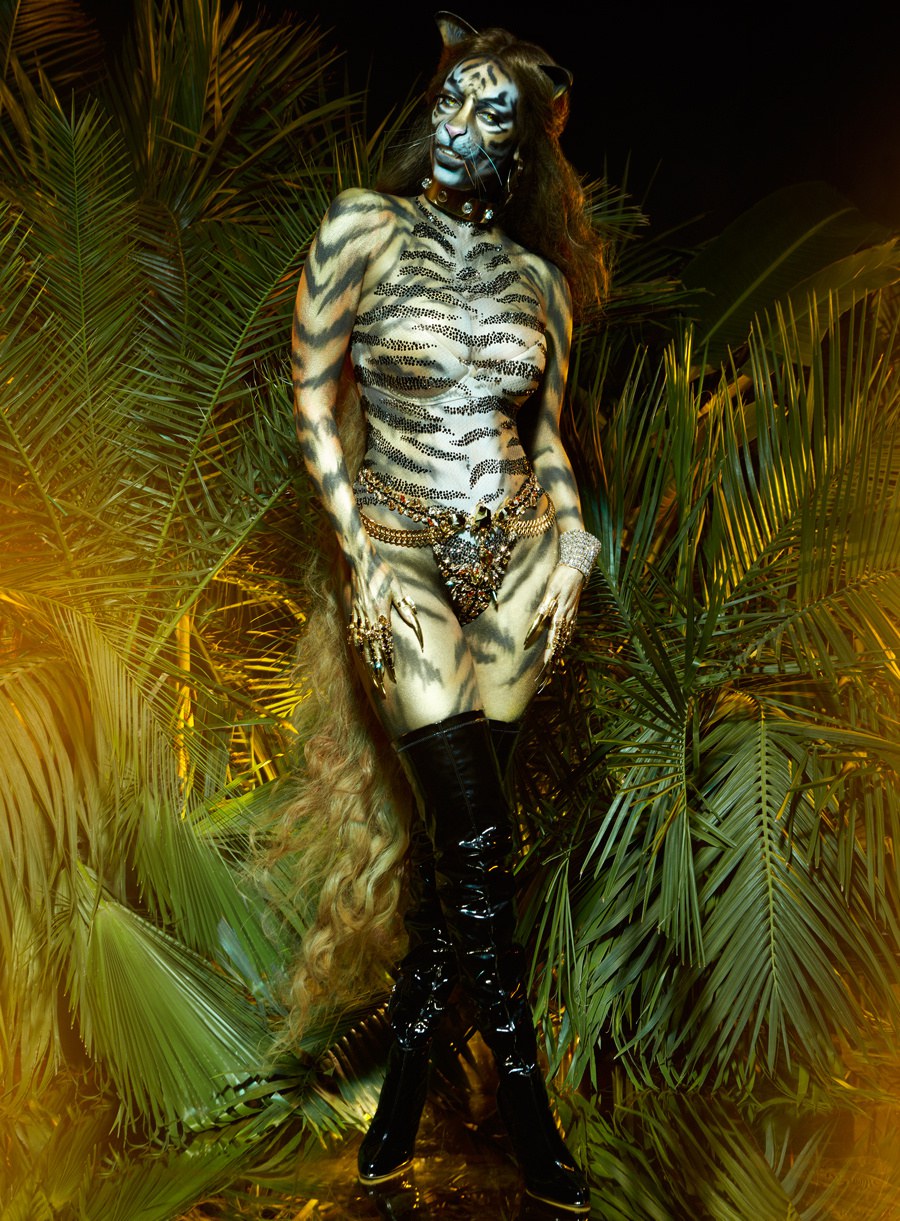 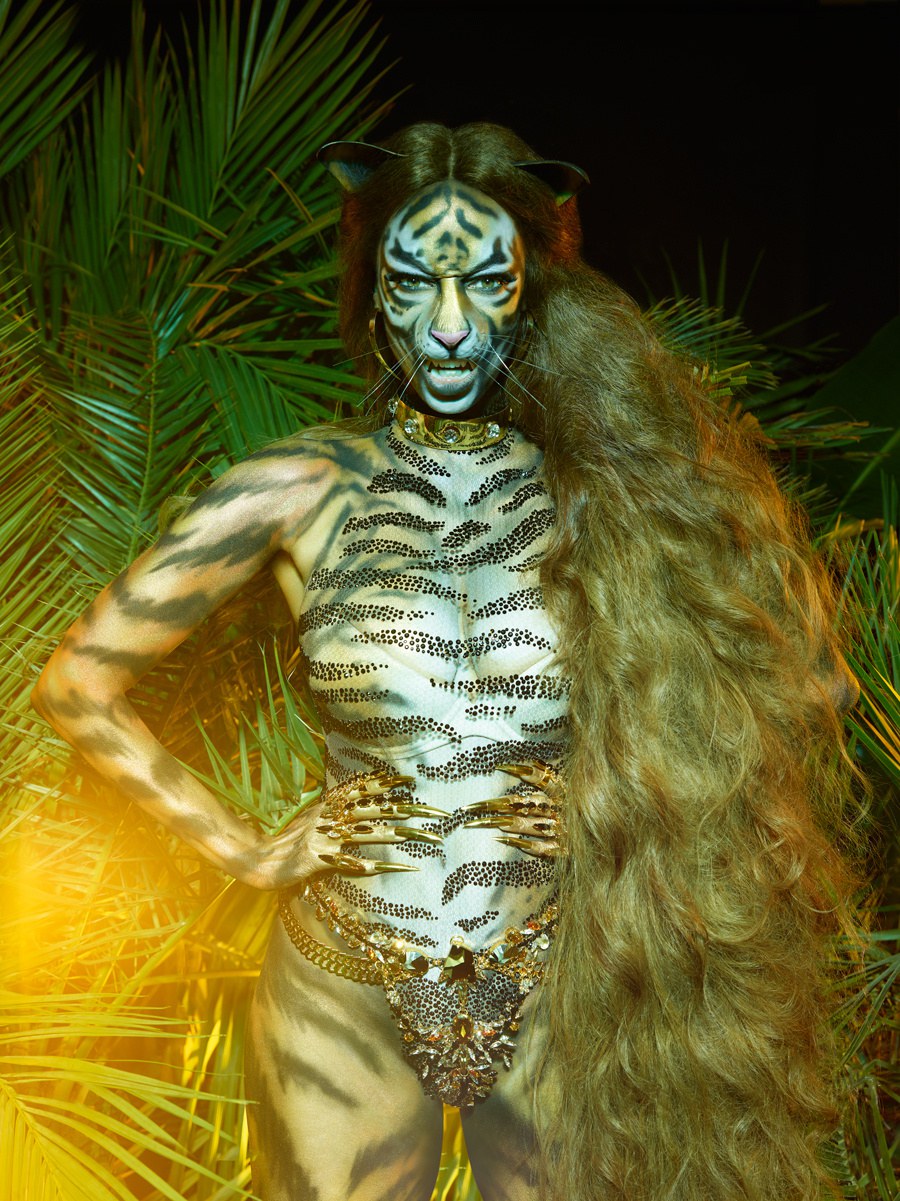 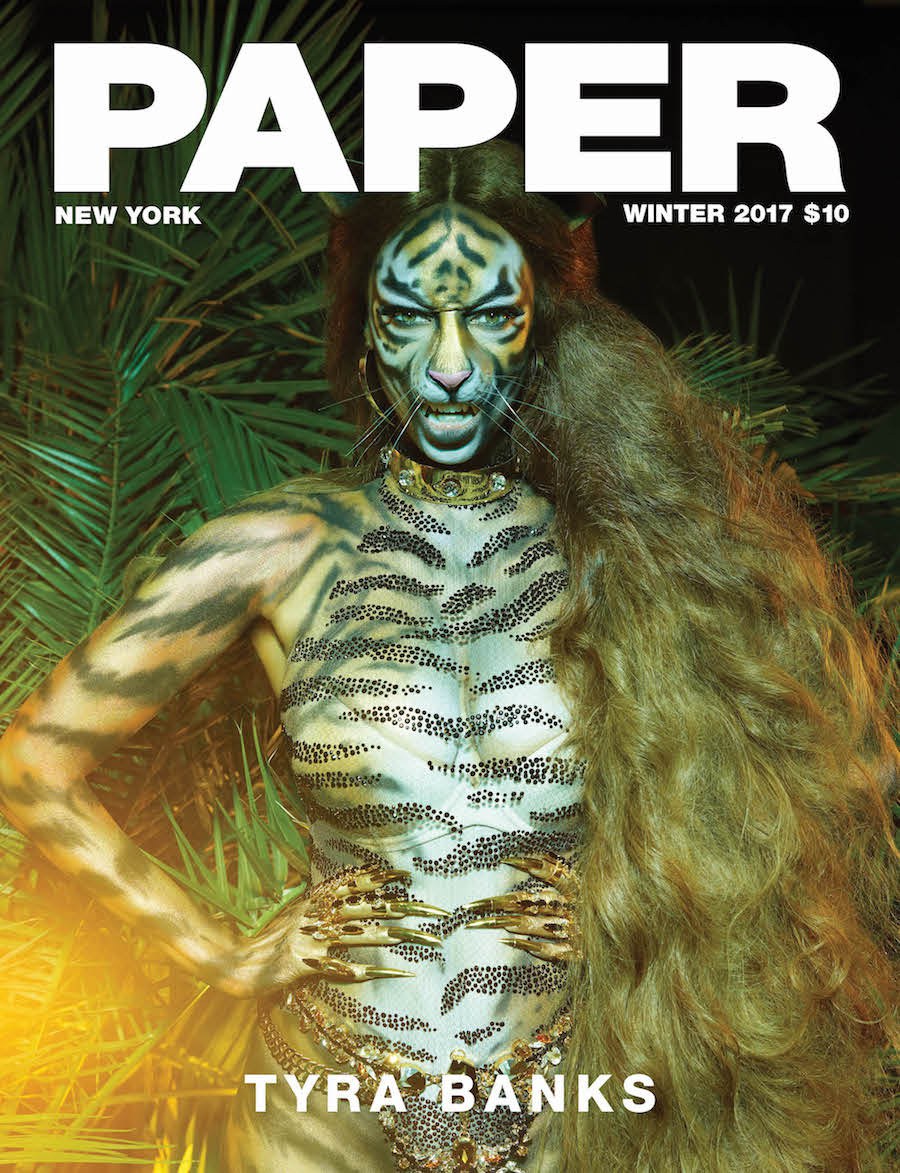 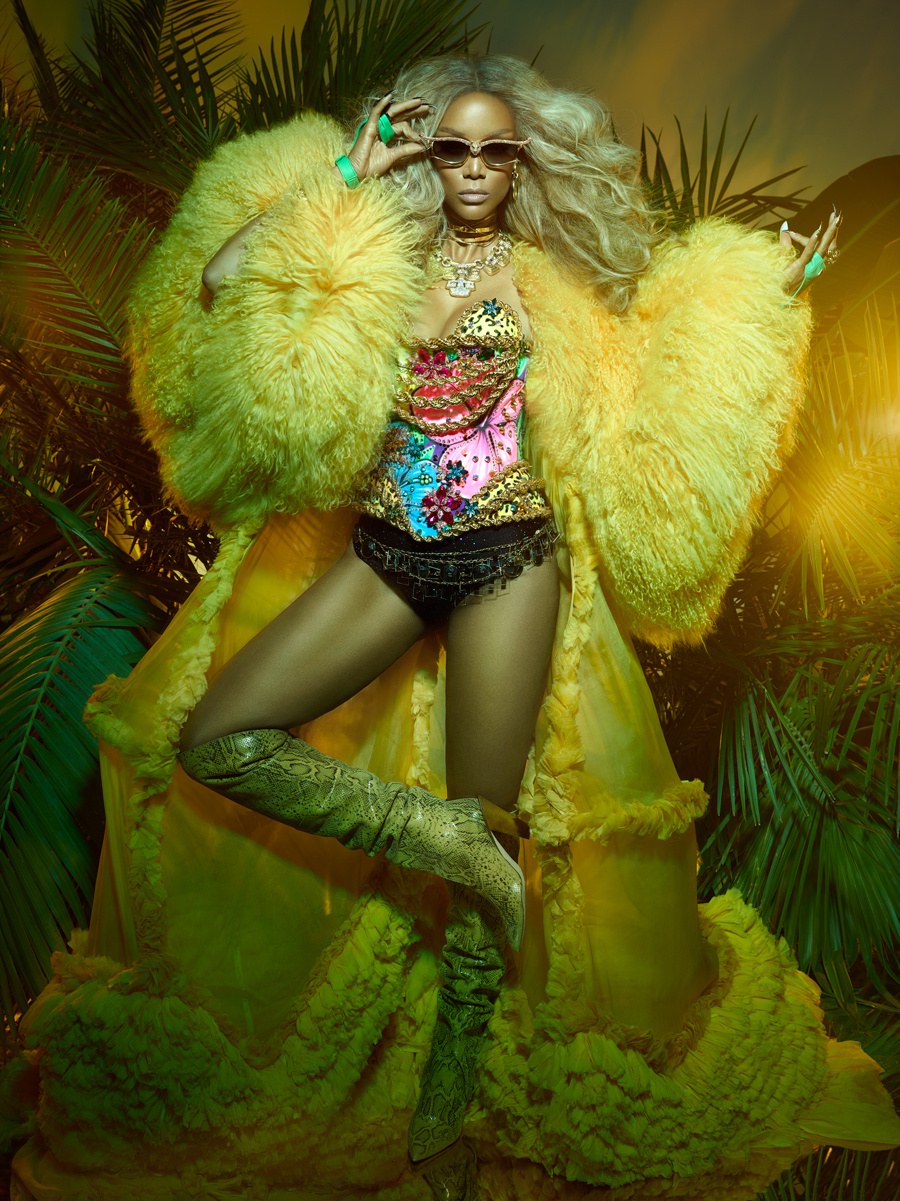 "I stepped away, but social media was calling my name in my sleep, screaming they were pissed off at me that I deserted [the show]," Banks says of fan reactions to her departure. "I needed to bring my butt back, so I did." Describing her break as having been "sacrilege" to dedicated Top Model fans, Banks says, "One thing I know is from studying business, they say your brand is not what you say it is, it's what they say it is. I thought Top Model would be fine without me hosting, but the social media sphere let me know that was not the case."

But Banks is much more than the show's cherished host. She's the mastermind behind numerous ANTM-themed Internet memes, whether she meant for it to be that way or not. You can make a drinking game out of how many times the "we were all rooting for you" GIF appears in your social media feed. Type "but make it fashion" into Twitter's search function and you'll be greeted with an endless scroll of results. And, of course, there's the iconic "smize," which has been hashtagged over 400,000 times on Instagram. While Banks says she simply incorporated her everyday vernacular into the show, there was some exaggeration. "I wouldn't say I'm being my normal self on Top Model," she says. "I'm being the crazy version of myself on Top Model sometimes." Still, she never set out for her lingo to catch on like it has. "Sometimes they stick and I'm like, 'That was not meant to be.' 'Hoe, but make it fashion' was definitely not meant to be."

Social media not only allows the show to be reborn many times in different contexts, it can also potentially destroy the element of surprise. Those of us who covet watching each season's makeover montage will agree with one particular complaint of Banks': “One thing I hate is that when my girls get makeovers on the show, you get to see it on social media before we start airing," she says. “That makes me upset as a person trying to conceal stuff for the audience." Begging the question of what types of NDA the contestants have to sign, social tagging might make it difficult for viewers to be oblivious when it comes to filming locations, but Banks is happy that the winner of the show still remains secret -- an almost mind-boggling fact, considering the otherwise inevitable leaks.

Banks' return will also include never-before- seen shockers. “It's going to be #NLF – NEXT LEVEL FIERCE," she promises. For one, this upcoming cycle doesn't feature an age limit, a first for the show. “The battle between the generations is on," she says. “Who says 40 is too old to get your model game on? Not me, boo." Now that she's back working with so many aspiring models, it's easy to wonder if Banks ever feels nostalgic for her own time on the runway. “Not. At. All," she affirms. Fans who hope to see her someday return to a designer catwalk — like Versace's SS18 '90s model reunion featuring fellow legends like Naomi Campbell, Claudia Schiffer and Cindy Crawford — shouldn't hold their breath. “That was a different phase of my career," she explains. “A fierce one, mind you, but the past. It would take a hell of a lot of convincing to get me to come out of retirement."

However, there is one other role Banks will be returning to: Eve, the Barbie-esque doll who became human in the 2000 Disney Channel film Life-Size, co-starring Lindsay Lohan. While not much has been confirmed about the sequel, including whether Lohan will return, Banks says it's “not going to be the Life-Size that you saw when you were a little girl." Instead, her character will be helping a mid-twenties woman figure things out about her life. The movie will premiere on Freeform in December 2018.

Though Life-Size 2 is still in early script form, Banks has had more than enough projects to keep her stationed at superhuman levels of busy. Not only has she reunited with her ANTM “baby," but this year alone she's managed to step in as Nick Cannon's replacement on America's Got Talent, teach personal branding at Stanford University, work on a new book and oversee her cosmetics company, Tyra Beauty, along with being mom to almost two-year-old York. Juggling all of these different projects, Banks admits that “there are some mornings where I am sleepy," describing the feeling as a certain kind of tired that she had never understood until now. But, she says, “My son is just like, 'Mama, wake up. We are playing. We are going to have a party. We're going to do the happy dance.'" She adds, “You just have to keep going."

Creative Direction & Styling by B. Akerlund


Buy a copy of Break the Internet HERE