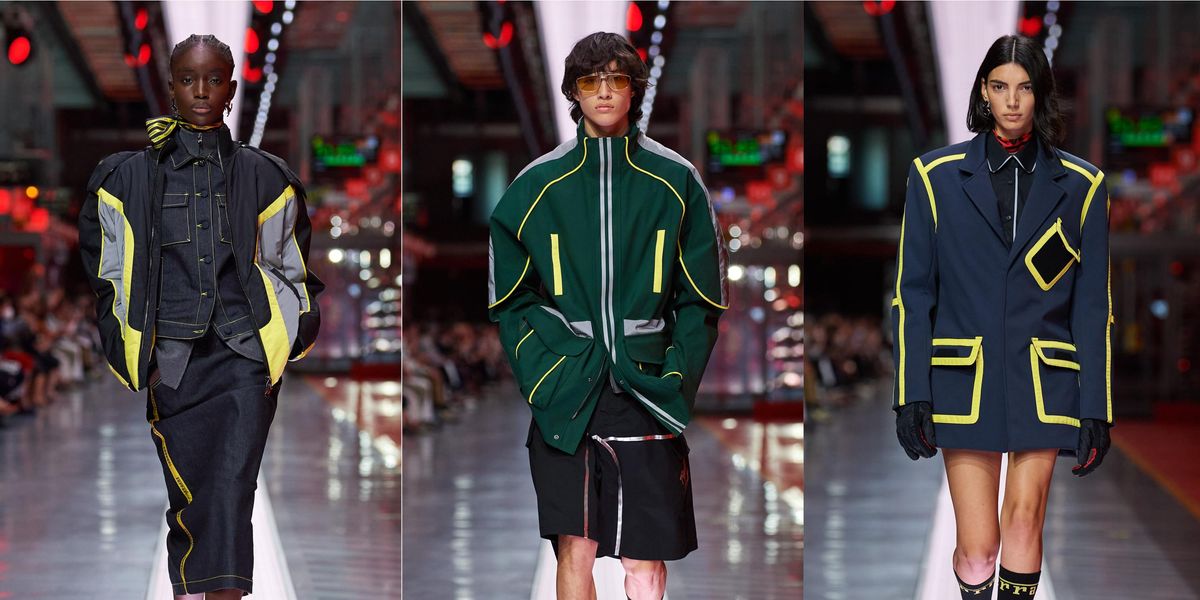 I'll admit I was intrigued (a bit skeptical, maybe?) upon learning that Ferrari would be branching out into ready-to-wear, a sentiment shared by my group chat of fashion obsessives when I told them the luxury car brand was putting on a runway show for the big debut. It seemed a rather random undertaking, but also not entirely.

As it turns out, the company did not take their first foray into ready-to-wear lightly (they still have a merch line but clearly high fashion is a different beast). Over the weekend in their Maranello, Italy headquarters, they went to great lengths to showcase their growing lifestyle ambitions, which includes their revamped Cavallino restaurant by chef Massimo Bottura and new adjacent Ferrari retail concept.

But it was the fashion that took center stage on Sunday evening, the culmination of months of planning and development under chief brand diversification officer Nicola Boari and creative director Rocco Iannone, the latter of whom has a design background at Pal Zileri, Giorgio Armani and Dolce & Gabbana.

The car factory-turned-runway had all the bells and whistles of a company with a big budget, not unlike the shows put on by Ferrari's fashion megabrand counterparts in Italy. Produced by Bureau Betak, the 52-look collection (most of which was unisex) had model heavyweights like Mariacarla Boscono and Natalia Vodianova walk the assembly line-themed catwalk in front of guests like Vogue Italia's editor-in-chief Emanuel Farneti, fashion supercritic Pam Boy and journalists from all over the world.

Looks were appropriately sporty for the most part (some dressier elements did come into play) and drew from Ferrari's automobile archives including contrast piping, reflective details, Prancing Horse logos, contrast panels and its signature red and yellow colorways. There were no gimmicks or stunts here, and in many ways would've fit right in at Milan Fashion Week Men's, which would take place the week after Ferrari's debut show.

Still, the lingering question seems to be why launch a fashion line anyway? They offer this much: "The values Ferrari fosters come before the cars themselves and are subsequently embedded in the cars, in the way they are made, in the stories they project," read the show notes. "As such, they can mold into other stories. In fact, into a whole lifestyle which includes fashion. For this reason Ferrari is expanding the scope of its business, starting with luxury fashion."

Indeed, it's a new direction for the brand, which can at least bet on its name recognition and resources to propose a wardrobe that's in line with their heritage and craft-making process, even if it has been with something as non-related as cars. If anything, it's an extension of what they already do pretty well: luxury, aspiration and design expertise. We'll see how this continues to unfold when they release new yearly collections going forward.