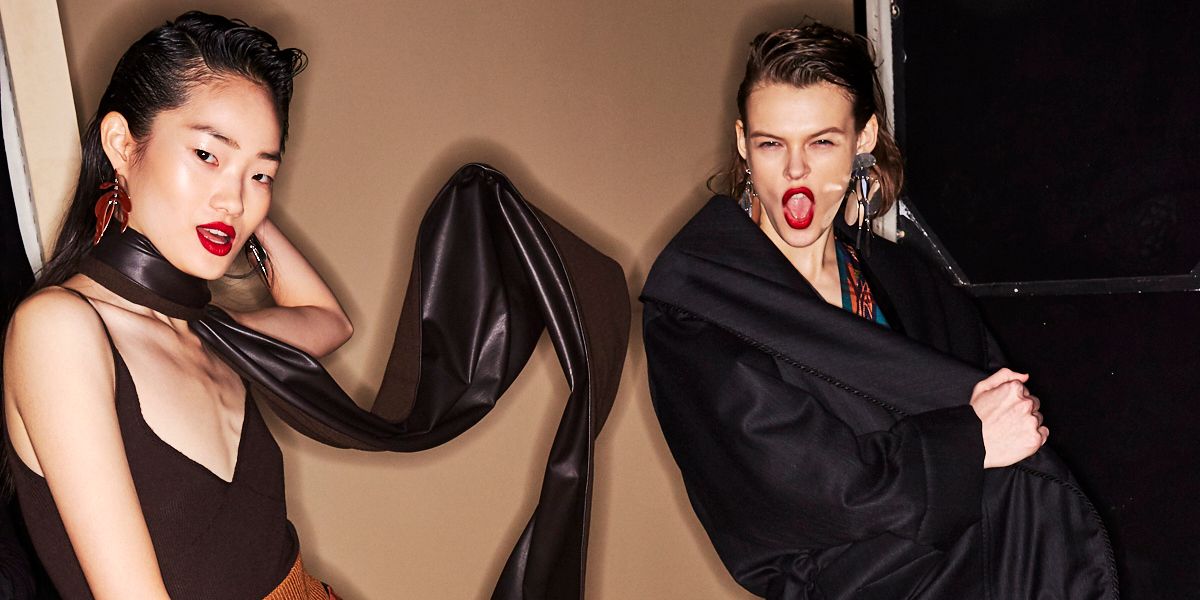 Paul Andrew, the recently appointed creative director of Salvatore Ferragamo, has a history of taking archive shapes from the heritage house's archives and reinventing them. Namely, the classically iconic footwear (Andrews began his career as a footwear designer, after all). This season, he looked to a distinct shape from the early '40s — a suede patchwork wedge — to build a collection of colorful looks. Here's everything else you need to know about the fall 2019 show.

Possibly the most exciting element of fall 2019 was the monochromatic dressing. In gray, deep red, forest greens and almost metallic-like navy blues, he sent a cadre of models down the runway in single bold hues.

The women's outerwear — mainly the puffed leather robe coat and the colorful parkas — were structured with high volume so that they commanded space within a room.

Return of the Slip

We saw the return of the slinky slip dress here. In blue, sea foam green and red and chocolate leather, each one added a '90s cool aesthetic to the collection.

Leather suits and jumpsuits for women were slightly oversized proportionally. At the same time, large leather scarves were paired with thin strap dresses for extra contrast.

Where menswear design director Guillaume Meilland was most successful was in his last few looks — a cool black leather coat and black leather suit — it was all very modern Men in Black (and with the new MIB film out later this year it's possible he had that on his mind).