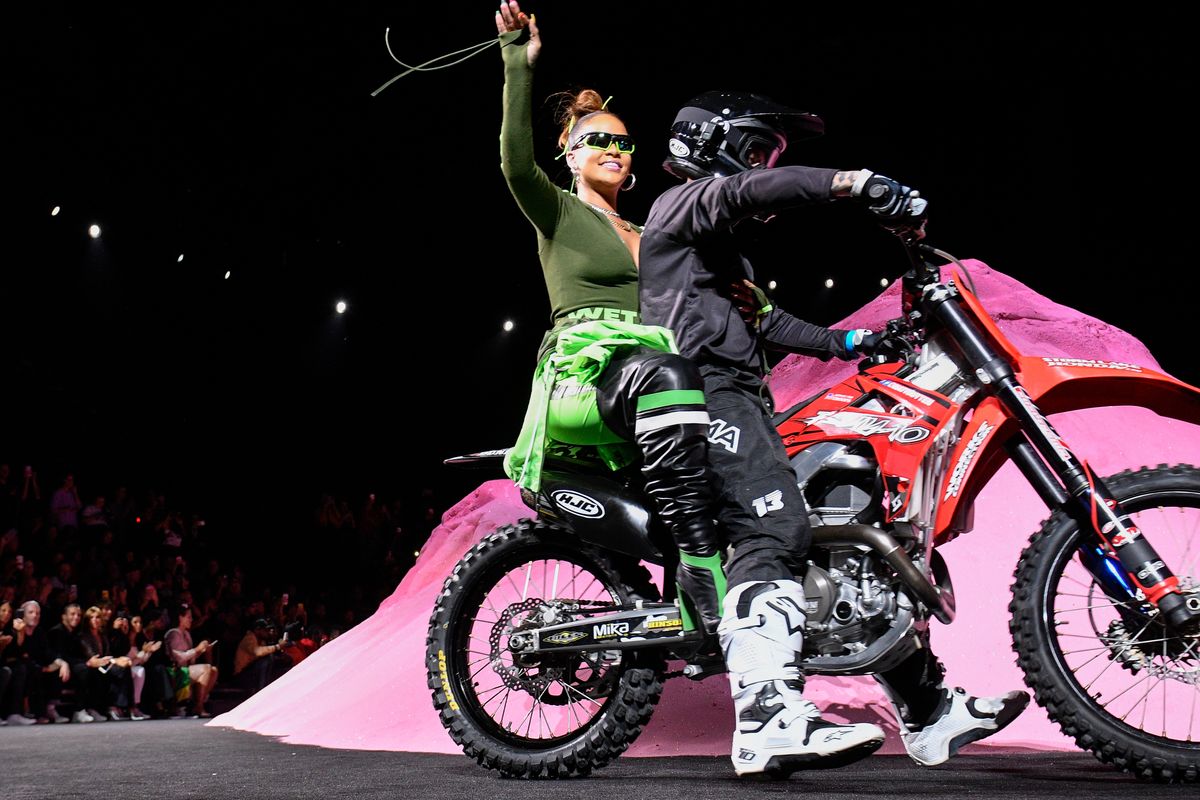 From the very beginning, Rihanna has used her Fenty x Puma shows not only to enchant her audience (and Instagram livestream watchers) with her Rihanna ways, but to take them to another world altogether. For her SS17 show in Paris, she went to Marie Antoinette's boudoir and redecorated it to her tastes, and for her FW17 show, she constructed the grand Fenty High School, complete with cliques, textbooks, and an edgy dress code that no private school dare allow. This go-around, for the SS18 runway season, the multi-talented sensation returned to New York and delivered a show with an appropriately rougher edge.

For her Spring 2018 collection, Rihanna took cues from the world of motocross, signaled to the audience by the impressive motorcycle stunts above the set's neon pink desert before the models took the stage. Think Fast & Furious and those Disney motocross movies you watched as a kid, but take out the characters' basic clothing and imagine how Rihanna would style them. The end result is actually a bit jarring at first — there's not quite as many of the overblown structures and casual loose fits that we're accustomed to from her, but it still feels authentically Rihanna. Skintight tracksuits are given neon color-blocks, while bikinis are paired with athleisure wear and transformed into bike-ready gear. And don't worry, the oversized jackets are still present, but given an athletic tweak with loose fabric chains and dark neutral hues.

But of course, what everyone gravitate towards during a Fenty x Puma shows are the shoes, which were easily the standout pieces from the night. Her cleated Creepers and sneaker boots were given a neon twist, while stilettos straps were embalmed with the large patches you'd see on a racer's jacket. Trust Rihanna to take cues from the professionals and outshine them. See every look from the show below.