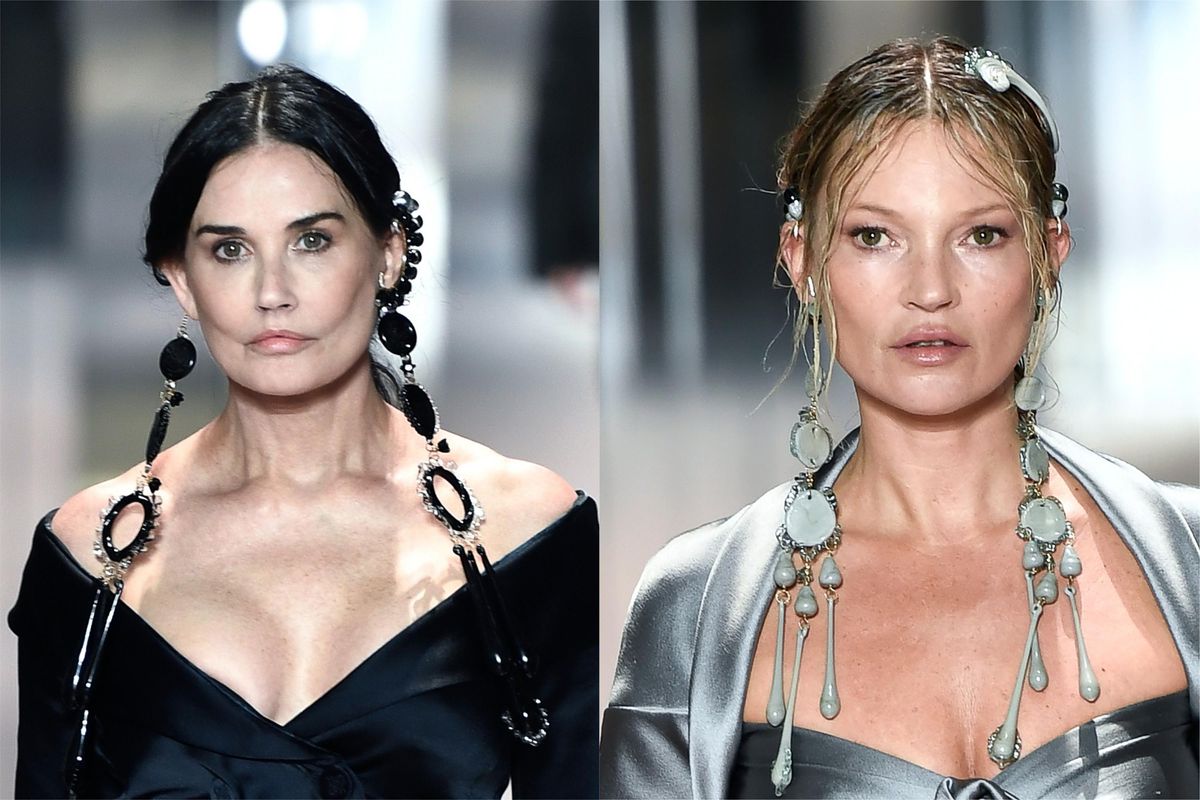 The problem with all the hype and buzz surrounding a major designer debut is that it sets us up for an inevitable letdown, particularly when the buildup to said reveal is months in the making.

To be sure, Kim Jones is a name that many fashion circles already place high expectations on. He is, after all, the same man who masterminded the cultural reset that was Louis Vuitton x Supreme and currently helms Dior Men to mostly rave reviews.

But the first collection he showed for Fendi today, which he joined last fall as women's artistic director (taking the reins from Karl Largerfeld, no less), didn't do much to justify the hype. A lot was riding on this debut: the first time Jones would present a women's collection, his first haute couture collection, the first couture show for Fendi that wasn't a fur collection.

A fancy spread in British Vogue that came out last week offered a preview of what was to come. It showed Kate Moss lounging in a tailored suit jacket/gown hybrid embellished with hundreds of crystal wildflowers inspired by a 1990 Lagerfeld sketch for the house. Rumors that Moss and her daughter Lila, Demi Moore, Christy Turlington and Bella Hadid would walk the show surfaced shortly before today's show took place.

And yet, even though the aforementioned names would end up gracing the runway this morning (including a regal Naomi Campbell), the effect it gave off was one of a reliance on star power and less on clothes that invoked desire. Even before the unveiling, Jones made it clear that this collection would be centered on each woman/model and her individual story. "Each look is about the personality who will be in it," he told Vogue UK. "That's the luxury of couture, it's designed specifically for the person."

While the references are deeply personal — an ode to his upbringing in the English countryside, growing up fascinated by the intellectual works of the Bloomsbury Group — they didn't exactly translate except for maybe the gloomy British gray palette. In fact, the modest capes, matronly necklines and heavy jewelry at times veered more mother-of-the-bride than haute couture, at least from behind a computer screen.

Of course, this is still just a debut proposition and Jones has plenty of time to work out the kinks in his vision for the Fendi woman. (Designers like Hedi Slimane and Jeremy Scott have bounced back greatly after negative reviews.) But for now, at least in the meantime, the couture on display this morning won't do much to silence the critics who say Jones already has too much on his plate to have this position in the first place.