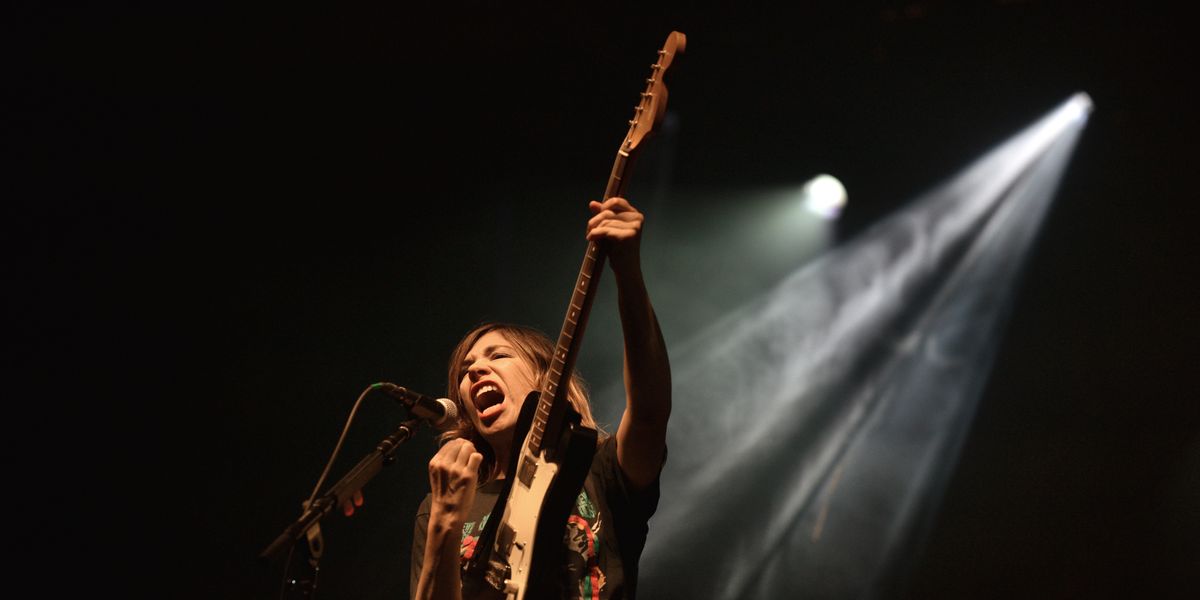 As you may know, the guitar typically forms the basis of "rock music," which you also may know, is often eulogized (as pop, hip-hop and R&B surpass it in consumption and popularity) despite the droves of women and non-binary artists making visionary and zeitgeist-tapping guitar-based music.

A new study by Fender reflects that this revolution is in motion — and reveals its self-perpetuating effect on the music industry. Their survey of guitar players inthe U.S. and the U.K. confirms that women now account for 50% of beginner and aspirational guitarists, and make up 50% of guitar sales, Rolling Stone reports.

The statistic confirms how ignorant rock and the guitar's many eulogizers are, and how much they're overlooking women. Rolling Stone reported that, despite Gibson's notorious bankruptcy, guitar sales were actually doing fine and better than ever with women.

"The fact that 50 percent of new guitar buyers in the U.K. were women was a surprise to the U.K. team, but it's identical to what's happening in the U.S.," Fender CEO Andy Mooney told Rolling Stone. "There was also belief about what people referred to as the 'Taylor Swift factor' maybe making the 50 percent number short-term and aberrational. In fact, it's not. Taylor has moved on, I think playing less guitar on stage than she has in the past. But young women are still driving 50 percent of new guitar sales. So the phenomenon seems like it's got legs, and it's happening worldwide."

Duh. Women have of course, always played the guitar, even if they've been erased in history and ignored by the music industry while white men became the pop cultural guardians of the instrument.

The transformation of our image of a guitarist is crucial, given that it's pretty unappealing to pick up a guitar when you've rarely seen anyone who looks like you playing it, or making music using it that interests and speaks to you.

Not that we're encourage pseudo-woke branding, but guitar companies like Fender are notably finally responding to and beginning to serve the female market, highlighting rockers like Bully, Grace Vanderwaal, Cherry Glazer and HANA, and including women in their advertising actually playing guitar, and not just posing seductively with them.

The numbers go to show that the more women who are given due credit and air-time for their skills, the more women are going to pick up guitars, and see what they have to say. Everyone wins.