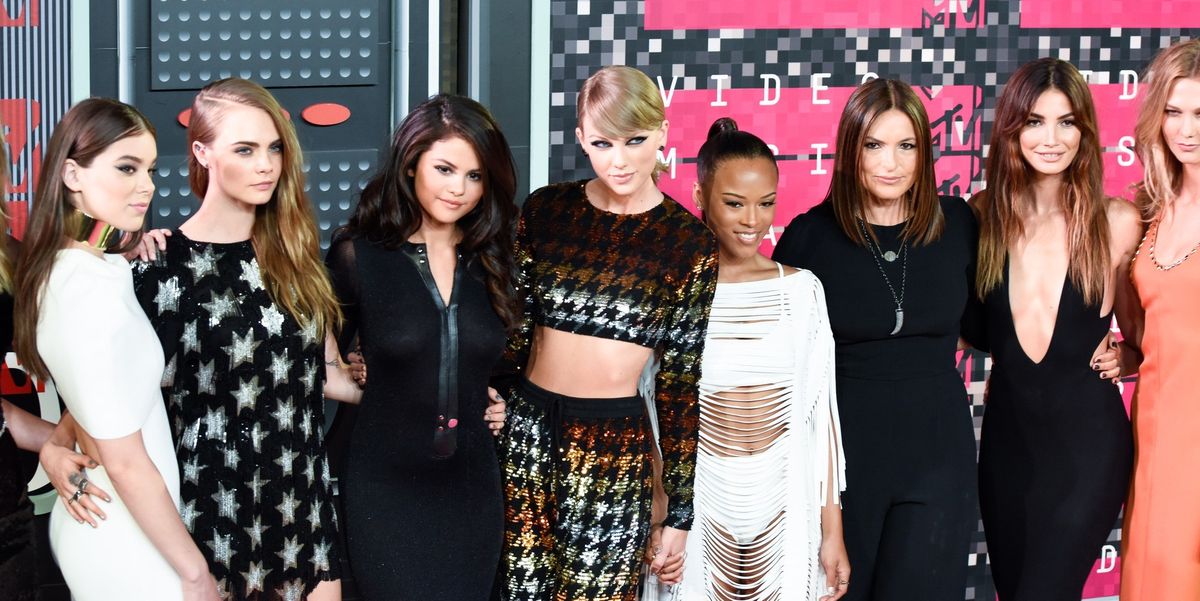 Controversial feminist critic Camille Paglia has just penned a brutal take down of "obnoxious Nazi Barbie" Taylor Swift and her quote-unquote Girl Squad bullshit in The Hollywood Reporter -- and it literally has us squirming in our collective seats.

Saying Swift possesses the sort of persona that "is such a scary flashback to the fascist blondes who ruled the social scene during my youth", Paglia goes on to explain that what the pop star is actually doing is derailing/setting back female empowerment by treating her #girlsquad as "performance props." At one point she also says that the "tittering, tongues-out mugging of Swift's bear-hugging posse" are perpetuating a regressive public image, rather than using their power for good i.e. overcoming the gender pay gap. Yikes.

And while this isn't the first time she's taken a female celebrity down a few notches, it should be noted that Paglia herself has also been on the receiving end of criticism -- mostly for being unforgiving (she's notoriously known in some circles as the "anti-feminist feminist"), as she "does not hesitate to hurl brazen insults" and has a self-proclaimed penchant for throwing political correctness out the window. Which, uh, should be pretty obvious from her choice of words to describe Swift. Take it as you will?