Good news (kinda). Just when you thought the gender imbalance on music festivals lineups might never end, it turns out we only have to wait four years for 45 festivals to get with the (literal) program. While it's definitely a forward-thinking initiative, the lack of female representation on festival and conference lineups needs to be addressed right now, particularly given Pitchfork's analysis of 23 festival lineups last year showed only 14 percent of acts booked were female.

Related | Hey Festivals, Here Are the Female DJs You Should Be Booking

This gap is even more striking in 2018. The highly-anticipated Wireless UK festival was recently slammed for their lineup consisting of three women: Cardi B, Mabel, and Lisa Mercedez. In the words of Halsey, "It's 2018, do better!" Why aren't women headlining these festivals? While we're still awaiting 2018 announcements from a few generally balanced shows (Made In America, Full Moon, etc), here are a few recently announced lineups aiming to decrease the gender parity gap. 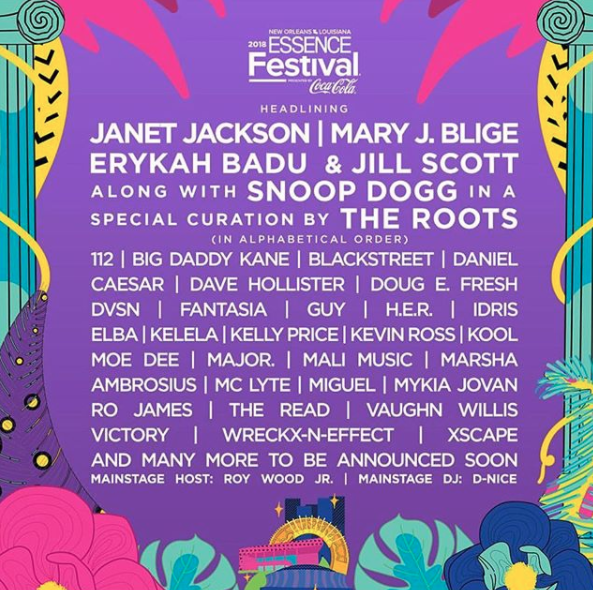 The festival gawds sent the ultimate Black Girl Magic-infused lineup for the 2018 Essence Festival. Essence Fest takes place July 5-8 in New Orleans and is a three night long concert, party, and conference all in one. Headlining this year are icons Janet Jackson, Mary J Blige, Erykah Badu, and Jill Scott. There will also be performances by MC Lyte, H.E.R, Marsha Ambrosius, Xscape, and more.

Essence Festival launched back 1995 right in the Crescent City, New Orleans, LA. The Essence Brand is known for highlighting Black women in news, lifestyle and entertainment and the annual festival gives African American artists, writers, craftsmen, culinary artists, businesses and others a chance to collectively showcase their works over the Independence Day weekend. Much like this year's lineup, women have reigned majority for performances on the Essence stage. 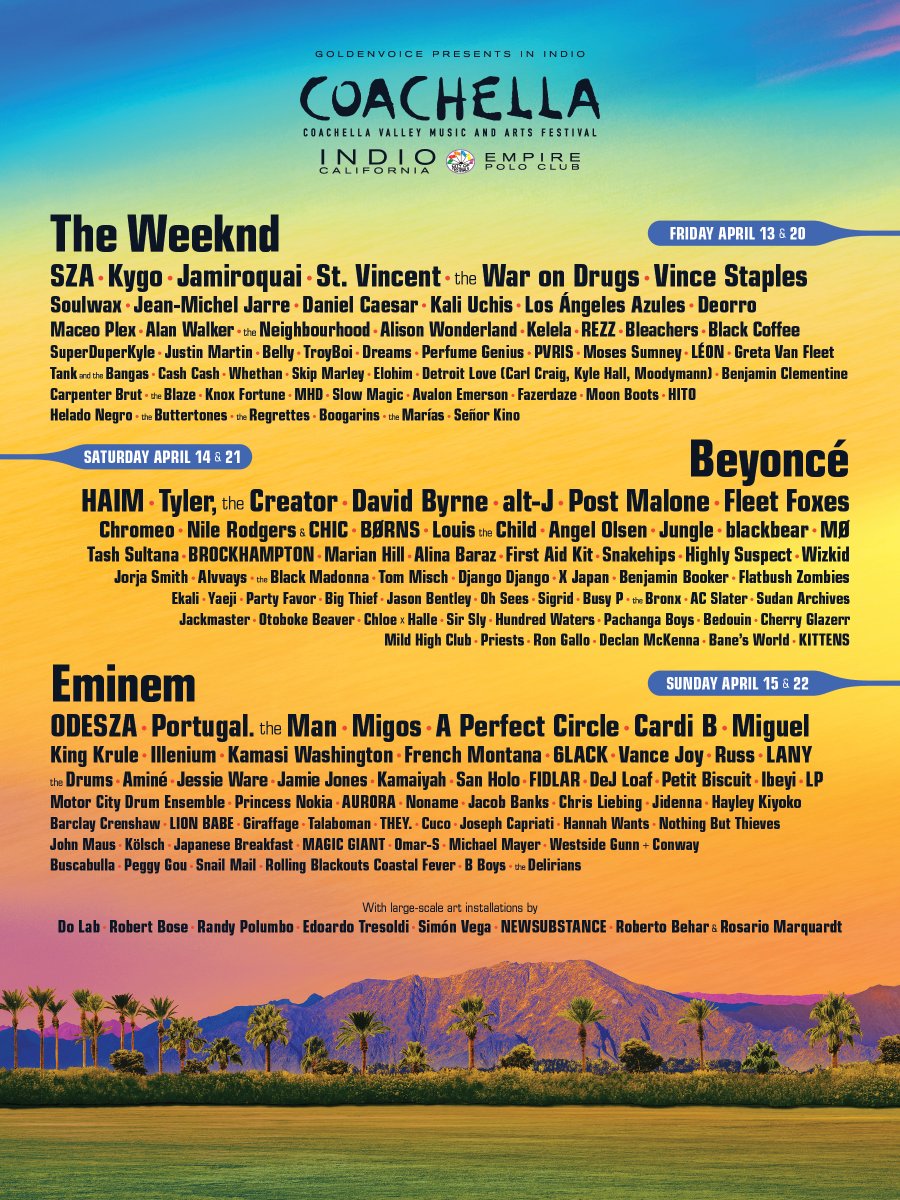 This year Coachella Valley Music and Arts festival upped its female performance presence from nearly 40 to just under 60 this summer. This help increased the rate from about 25% to 33%.

Beyoncé was scheduled to headline last year but cancelled due to pregnancy the twins. Thankfully, the queen has been confirmed alongside Eminem and The Weeknd. Indio, California will be once again flooded with flower crowns, and tassel jackets, and music lovers from across the nation this Easter weekend and the following for three days of debauchery. 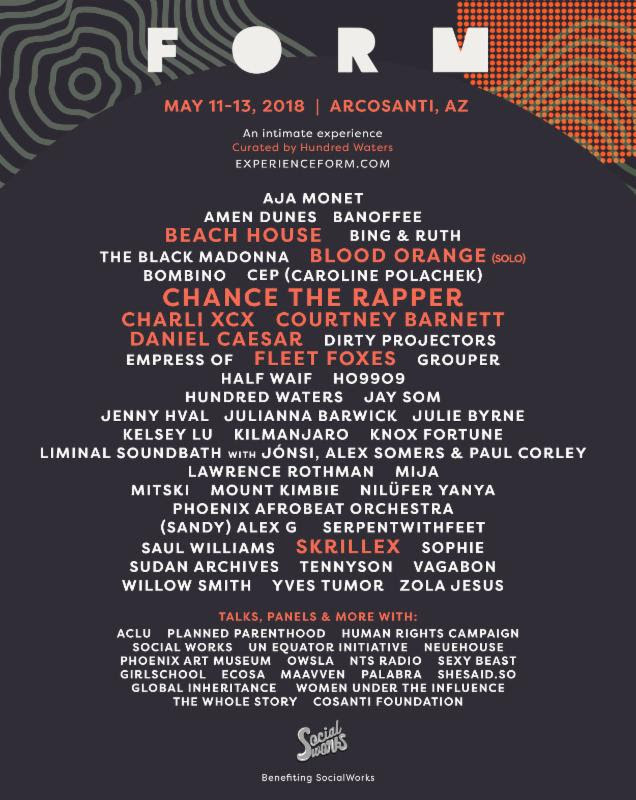 The band, Hundred Waters, created this super creative retreat and festival in Arizona's desert eco-city of Arcosanti, and it's stocked with girls. Form conceptualized just four years ago with three days and nights of live performances, panel discussions, and new art. Charli XCX is set to headline, following performances by poet Aja Monet, artist The Black Madonna, the sweet sultry sounds of Willow Smith, and more are locked in. 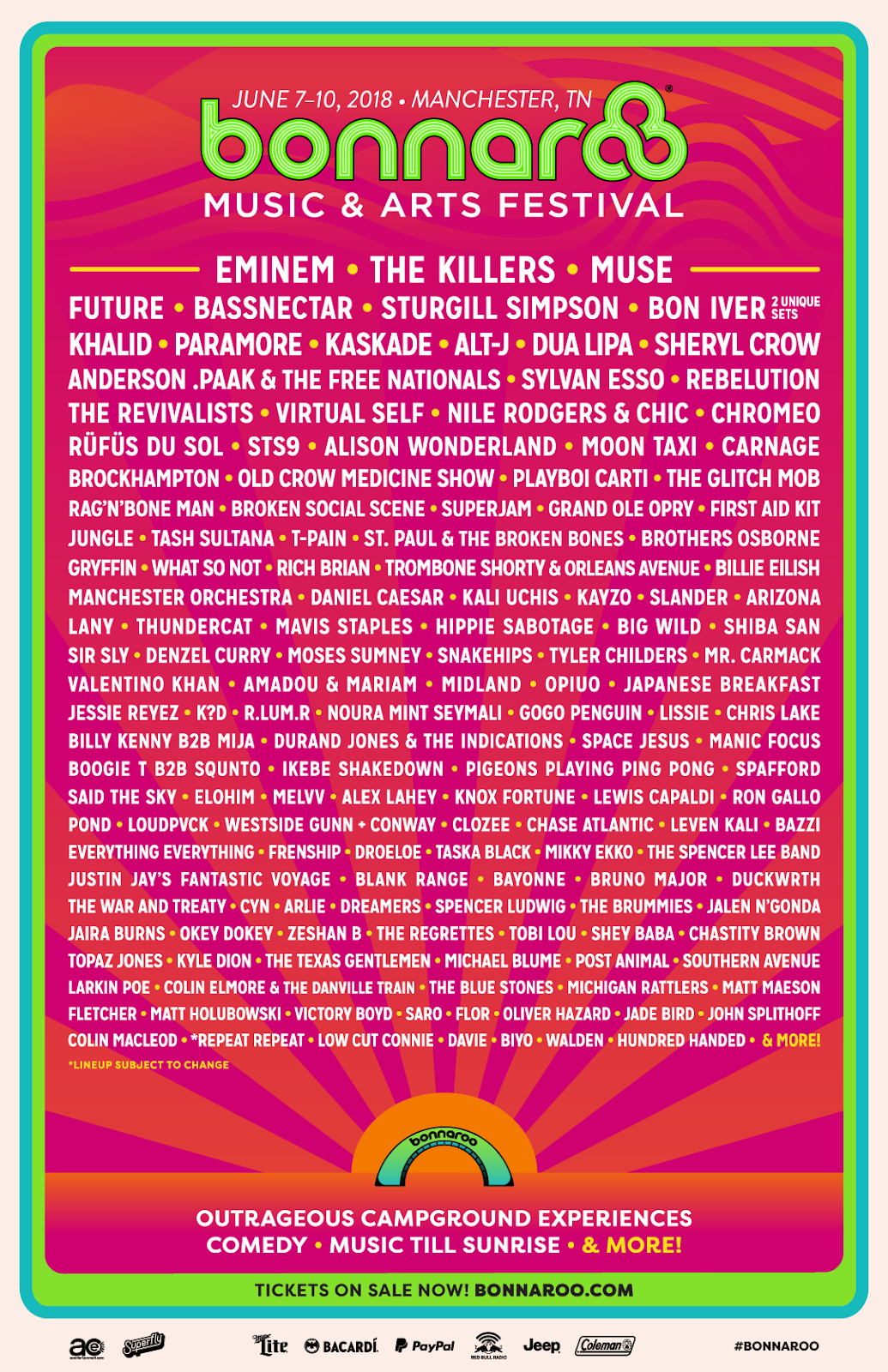 Bonnaroo Music & Arts Festival has increased from four female performances in 2002 to about 30 on this year's lineup. That's quite a jump Dua Lipa, Sheryl Crow, Kali Uchis will take the Manchester, Tennessee stage in June 2018. 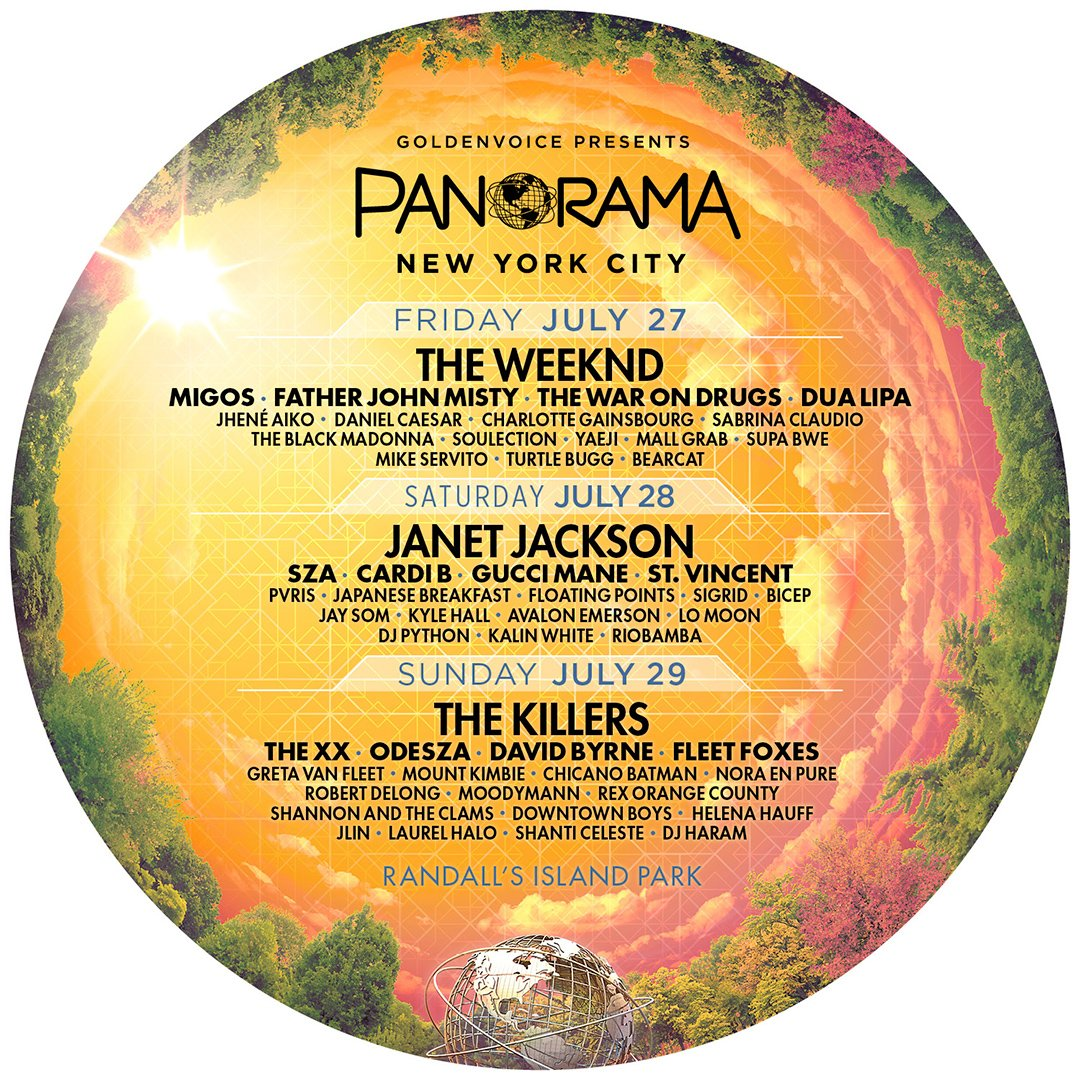 Looks like NYC's Panorama didn't have trouble fitting women in on their schedule. The Randall's Island Park experience has one of the more balanced festival line ups of the year. Janet Jackson will headlining with live performances from Cardi B, Sza, Sabrina Claudio, Jhene Aiko, Helena Hauff, Shanti Celeste, and more. See you there.

Maisie Williams Was 'Indoctrinated' Into 'Child Cult' By Father

Paramore Announce New Album 'This Is Why'

Rachel Dolezal Is Using Her OnlyFans to Honor Rihanna

Palomo Spain, Vaquera and Ashish Are Away's Next Designer Collaborators

Hailey Bieber Will Address Rumor That She 'Stole' Justin Bieber