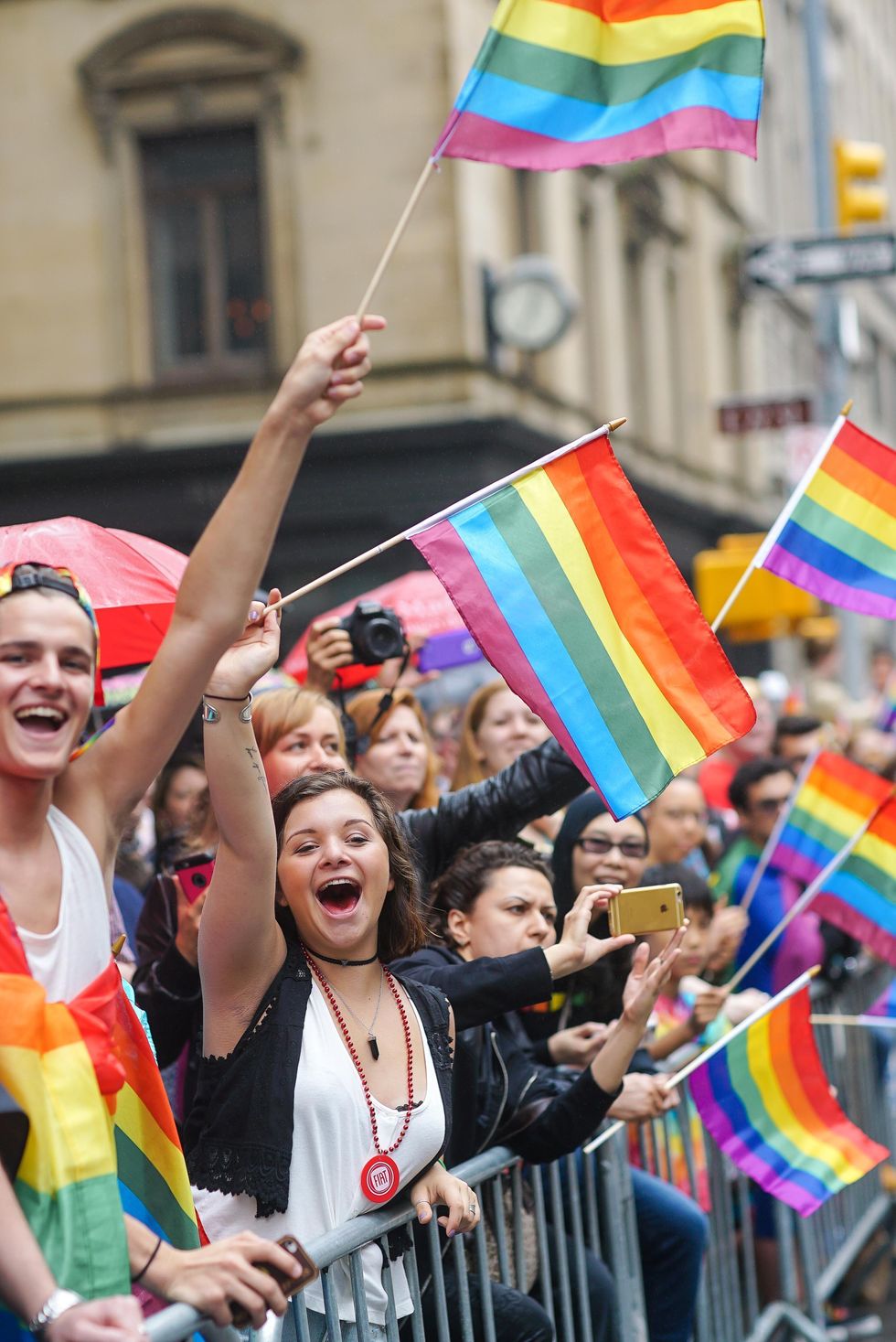 A federal appeals court in Chicago handed down a major ruling in favor of LGBT rights on Tuesday. The court ruled that LGBT employees are protected from discrimination under the 1964 Civil Rights Act, which says employers can't discriminate against workers based on "race, color, religion, sex, or national origin."

In the past, the "sex" part of that clause has been interpreted to mean gender, but for this ruling presiding Judge Diane Wood wrote, "Any discomfort, disapproval, or job decision based on the fact that the complainant — woman or man — dresses differently, speaks differently, or dates or marries a same-sex partner, is a reaction purely and simply based on sex."

The case was brought forward by plaintiff Kimberly Hively, who filed a lawsuit against Ivy Tech Community College in South Bend, Indiana in 2014 in which she claimed that the school declined to offer her a full-time position after her colleagues witnessed her kissing her girlfriend goodbye in her car one morning. According to CNN, Hively received a phone call that there were complaints about her "sucking face" publicly, and her professional opportunities at the school all but disintegrated after the incident.

After a lower court dismissed her suit outright and a three-judge panel of the Seventh U.S. Circuit Court of Appeals rejected her appeal, Hively sought help from Lambda Legal, a major nonprofit that helps protect LGBT people's civil rights.

Lambda secured a rehearing for Hively in which all 11 judges considered her appeal, eventually ruling 8-3 in her favor. This ruling is somewhat surprising as most of the judges are fairly conservative, and five of the eight who ruled in favor were appointed by Republican judges.

"This decision is game changer for lesbian and gay employees facing discrimination in the workplace and sends a clear message to employers: it is against the law to discriminate on the basis of sexual orientation," said Greg Nevins, a Lambda Legal strategist.

Hively said she hopes the ruling "gives people pause when they're bullying someone over their sexual orientation."

Judge Diane Sykes, who dissented from the majority ruling, said that "sex" did not mean "sexual orientation," explaining, "It's understandable that the court is impatient to protect lesbians and gay men from workplace discrimination without waiting for Congress to act. Legislative change is arduous and can be slow to come. But we're not authorized to amend Title VII by interpretation."

The long, slow crawl toward legislative change will likely continue up to the Supreme Court, as an appellate court in Georgia ruled in the opposite direction of the Chicago court three weeks ago. Though Trump promised in January not to undo Obama's executive order banning federal contractors from discriminating against workers for sexual orientation or identity, he actually did roll back some of those protections just last week.