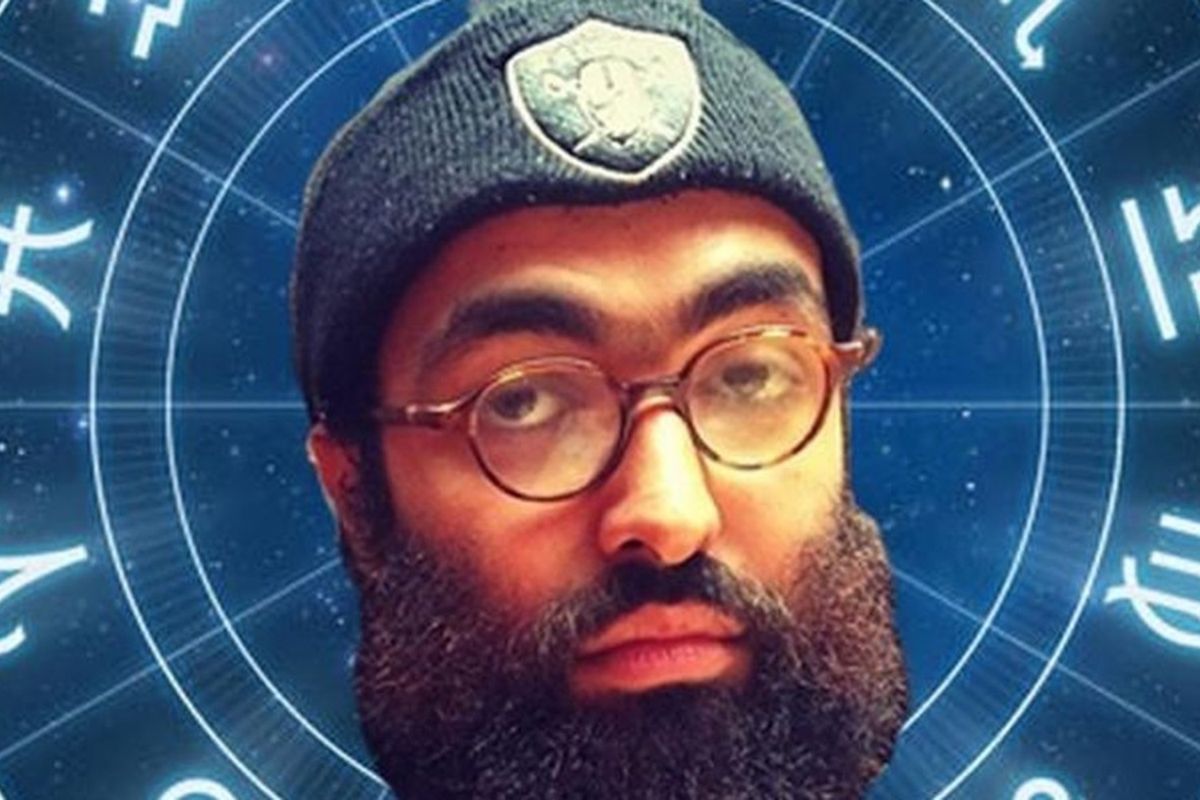 It's yo time to shine doggie. Let loose, do yo thang. Ante up, yap that bitch, etc. That so-called "new" planet ain't new, mane, and it's not that big of a deal in the grand scheme. There's like 1,000 recorded Trans Neptunian objects orbiting the sun just past Neptune and 200 of them are classified as minor or dwarf planets, Pluto (formerly a legit official planet, now demoted -- also a classic Future album) is one of those. Some other ones are Eris, Makemake, OR 2007, Haumea, and, depending on who u ask, Nibiru, which is the supposed home to an extraterrestrial race called the Annukani in Sumerian myth and the Nephilim in the Hebrew book of Genesis. They allegedly created the hierarchal civilization we know today as ancient Mesopotamia. There's also Ceres, a dwarf planet between Mars and Jupiter. And then there's about 10 billion other galaxies in the observable universe, each of them with about 100 billion stars, (that's literally a billion trillion stars in the universe altogether) most of those with their own lil solar system with hella planets, and then, if u fuck with any of those multiverse theories, there's multiple (infinite, even) other versions of the universe, with different histories, even different physics. So basically, what I'm trying to say is, who cares? Do ur thing, mane, turn up, it's lit, swag swag swag.


Smoke weed and read Borges. Go to a high-end cocktail bar. Get some lumber and a nail gun (or screw gun) and build a solid wood work table. Do an ollie. Eat a steak. Eat a tomato salad. Do 50 push ups. Learn how to hot wire a car and how pick a lock. That should be requisite schooling for everybody. U can cheat a little on ur taxes this year; I bet u won't get caught.


Like Gemini, u should read The Sovereignty of Quiet: Beyond Resistance in Black Culture by Kevin Quashie. Also add to that A House of My Ownby Sandra Cisneros. Aries have a very critical eye, both for themselves and for other people. They hold themselves to a high standard and so they hold others to that same high standard. They have a strong sense of morality and even tho they're fire signs, who tend to have a thicker skin than, say, water signs, they are still quite sensitive (even if they don't always show it). Most people really get on they last nerve. Aquarius season is Airy -- windy, even. It's a decisive time for fire signs; the winds of Aquarius can either fan their flames or blow them out momentarily. Don't let these winds take u out ur calm. As ur fire fluctuates u might be having tensions with water signs (Cancer, Pisces, Scorpio) it's best to let things simmer for a bit and return with a cooler head later. Spend some time with an air and an earth sign, say, a Taurus and an Aquarius.

It's all about u. I mean it's Aquarius season so it's all about Aquarius, but as an Earth sign, ur role is crucial in the seasons of Air signs. In heavy wind, we all cling to the earth so as to not fly away. Self preservation is key. They don't want u to preserve urself. They don't want u to dance in the serious moonlight. Read up on the Chinese opium wars. Interesting stuff there. Be mindful of ur posture. Sit up straight. Good posture is like 60% of successful meditation,which is one of the quickest shortcuts to enlightenment. But on the road to enlightenment, every path is a shortcut tho, so basically I mean to say, don't trip too hard off of anything. If u trip, then ur trippin.

Ur living in paradise, baby, ain't it nice? Ur living in paradise here and now on earth, heaven is a place on earth, heaven is inside of u. Money is one thing, soul is another. Look into currency trading, it's one of the last truly volatile markets where u can make a lot in a short amount of time. The final frontier of day-trading. And soon enough, it will be as boring as the rest of the stock market, and then hopefully the stock market will become so boring it ceases to exist, and then money will cease to exist, and that will truly be paradise. Buy an abacus and do all ur math on that. Don't think about money, think about resource, labor, happiness, love, mobility, energy, knowledge. Think about quietude and interiority. Read The Sovereignty of Quiet: Beyond Resistance in Black Culture by Kevin Quashie. Read Remains of the Day. It's a beazt. It's a big House Music month for u, listen to hella house. There's this Hungarian "alt-house" producer in particular named Route 8 on a Greek house label called Nous worth checking out. Also the Belleville Three.

One term for u this month is: Solfège. Like Libra, u should fucks with some Joaquin Rodrigo. Like Gemini, fucks with some house music. Like Sagittarius, fucks with some Thin Lizzy. In addition to that, listen to some Bay Area grind and thrash. Spazz has always been a favorite of mine and very exemplary of the genre. Listen to all of The Jacka's career again. That's essential repeated listening, especially for Cancer.

The Aztec Triple Alliance was mainly the city-states Tenochtitlan, Texcoco and Tiacopan, along with a couple other allied polities of the central Mexico region. Read up on those dudes -- big players in shaping the human structures and cultures of this so-called American continent. The Earth is like 25,000 miles around. Not that big when u think about it. A five-year drive. Consider the ocean waves, and how the moon's force guides them this way and that across the earth's surface. Human life is an insane coincidence. We are an instance of the universe becoming conscious of itself, yes, old news but always worth review.

Front me a pound of O.G. Kush, I got a couple projects, need some very negligible seed money. Who got joog on lean, the homie need weight, lost his plug a los feddies. Ay but fuck it, everybody got sob stories, do u mane. Buy urself a Rolex, u earned it. If u can't afford one, I guess u ain't earn it yet, huh? Also, who cares? U wana know what time it is? Grind time, like always.

This Aquarius season is really opening up a lot of knowledges to u. Communication is becoming increasingly easier compared to last year. This year is about the Libra throat chakra, oration, powers of persuasion, etc. But don't let the higher chakras overshadow the lower ones. One way to keep the lower chakras tuned up is thru the majesty of dance. Dancing is key. They don't want u to dance but I'm telling u, dancing is key to ur success. Dance like nobody's watching. Put on ur red shoes and dance in the moonlight, the serious moonlight. Listen to that new Bowie album. Drink a mocha, eat a chocolate donut, buy some African daisies and plant them in front of ur domicile. Listen to some Mase. Listen to some Richie Valens. Watch less TV this month and listen to more music. Drink tequila and listen to Joaquin Rodrigo.


Woman is the future of man. Man will go extinct. The Y chromosome is a dalliance, a brief hiccup in the expansive history of the universe. Man is a brute and a beast, a violent animal. I know because I am one. Man wants to fuck or fight or get fucked up. Man's biggest flop was he created capitalism and its ills, and, sure, women be shopping and women do shop but it was man's thirst that devised the system of enslavement that is the mall. Pussy is a gift, a sweet sip o' lemonade so naturally man would thirst. And, being beastly, naturally man's gnarly breath will wilt the flower which it so desires, such is man and his clumsiness. That's man's fatal flaw, he's clumsy. Man is so skrong that he is weak. Or, whatever, I mean dudes are O.K. If ur a woman,forgive a man in ur life, but don't forget. If ur a man, forgive urself.


Contrary to popular belief, nihilism doesn't have to be depressing. In fact if ur a depressed nihilist ur doing it wrong. Nihilism is probably the most fun brain style because it's all like "no rules" and shit. Take the time and energy to sit and savor the simple things in life. A nice hot cup of coffee (or tea, even) in the morning (or the afternoon, even). Petting a cat. A gentle breeze. Basking in the sunlight. Smoking pot and watching Terminator 2. Taking a shower. A tall glass of ice water. Listen to Vagabonds of the Western World by Thin Lizzy. Sag is a big Thin Lizzy sign. Big Motorhead sign, too, actually, so Lemmy's death probably hit u hard. But death is just transition and change. Fortunately a good artist never dies because they have already successfully transcribed their living soul into their art. Apparently for the first time in history, old music is outselling new music. Makes sense, new music is just old music all over again but shittier. We're all actually running out of ideas. It seemed impossible before but what with the internet democratizing information, flattening culture out into a heaving wall of noise, it's pretty much an eventuality. Don't hold back, literally do anything u want. Stop making excuses for urself and just execute and materialize all ur ideas. Don't worry even though we might be the last generation to have original ideas left in us, let them all pour out. Creativity isn't something that runs dry from overuse, in fact it's the opposite, the more u create, the more ideas u have, if u end up running out of ideas, consider it an accomplishment.