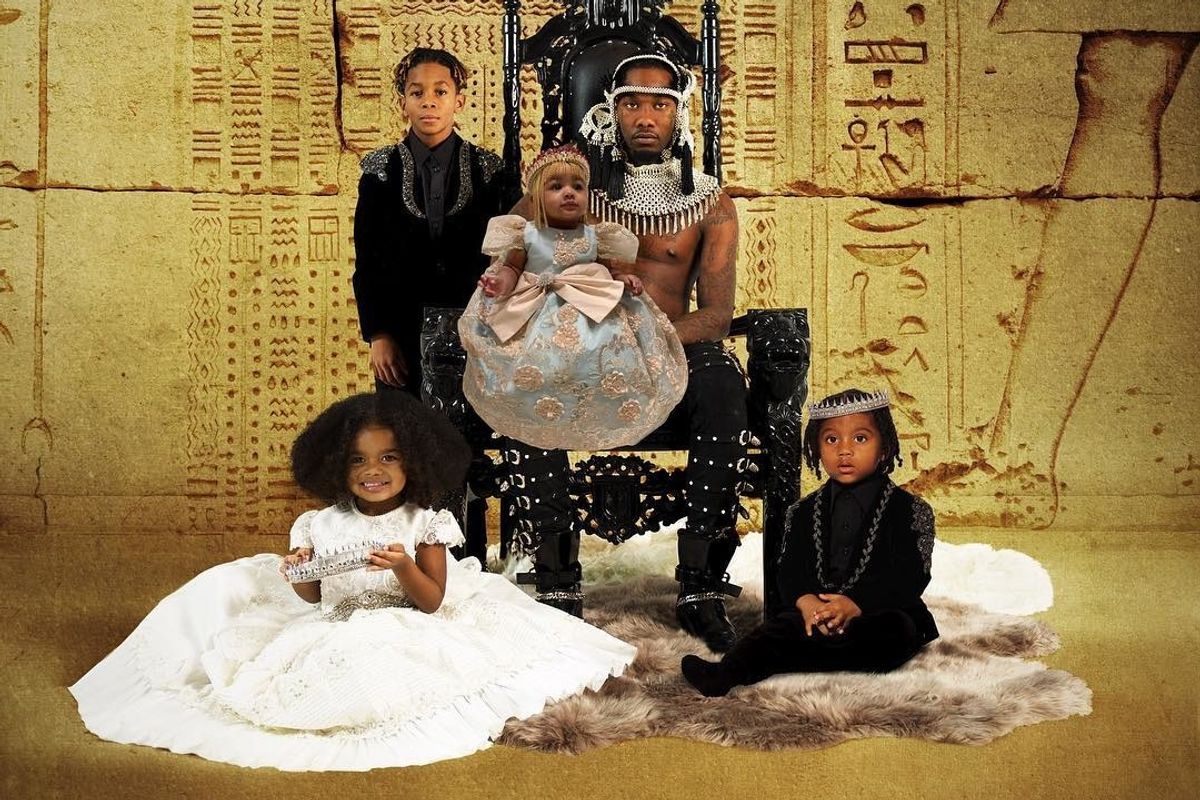 Did you know that Offset, 27, already has four kids? It's true, and they're immortalized in his new album's title and cover art. Father of 4 is out today, and it was only fitting that the rapper's youngest child with estranged/not estranged wife Cardi B helped announce his solo debut.

Cardi B posted two videos before the album dropped at 1AM last night, and in the first we see Kulture bopping along to her dad's song "Ric Flair Drip." The second post features a proud Cardi with her husband.

Iamcardib on Instagram: “This is one my favorite songs from my daddy the other ones you’ll hear it tonight !! Go PAPA Go PAPA # Fatherof4”

Father of 4 is a family affair in more ways than one — Cardi B features on the track "Clout," which includes a low-key Kim Kardashian diss. Also featured on the album are Travis Scott, 21 Savage, J. Cole, Gucci Mane, Quavo, and Gunna. It's a new era for your favorite Migos member.

Parenthood has already proved a great promotional tool for Offset: he teased Father of Four straight after the Grammys by posting footage of Cardi giving birth. More proof that babies are cool now.

Listen to Father of 4 by Offset, below.