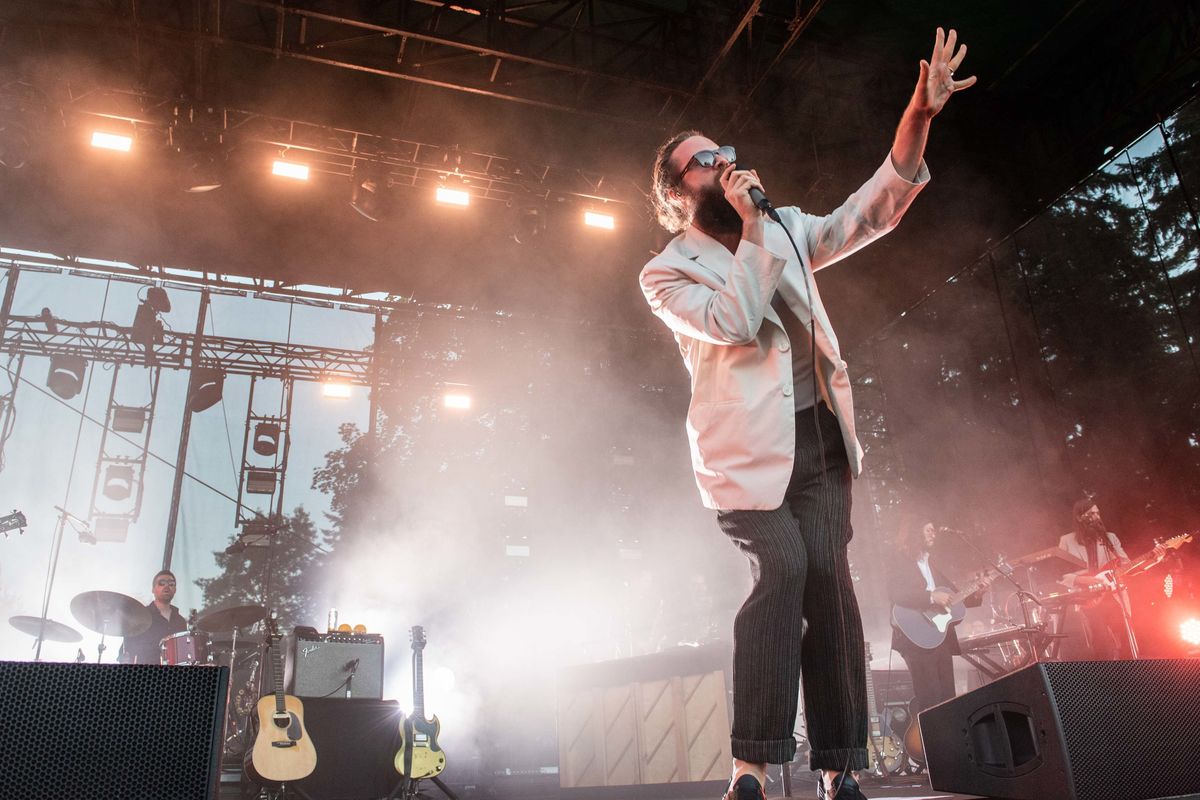 Father John Misty Shares His 'A Star is Born' Song

Jackson Maine presumably took beard inspiration from Father John Misty, and he picked up a few songwriting tricks, too. It turns out that Misty, who previously collaborated with Lady Gaga on a few Joanne tracks, almost contributed a song to the A Star Is Born soundtrack.

Misty debuted the unnamed song during a performance in Minneapolis over the weekend, commenting that in hindsight it wasn't much suited to Bradley Cooper's Oscar-winning (and reportedly relationship-ending) movie. "That would've sucked," the singer told the crowd. "There's really no place in that movie for that song, unless he was bombing at Coachella or something." Although... "The sequel? Now we're talking."

Keeping this as spoiler free as possible, it's hard to imagine what exactly a Star Is Born sequel would entail, given the first movie's ending. But I'm open to it, personally! Or a prequel, maybe? Jackson Maine's indie alt country years? Fun.

Watch the whole performance, below — and skip to 1:20:00 to hear the rejected track.