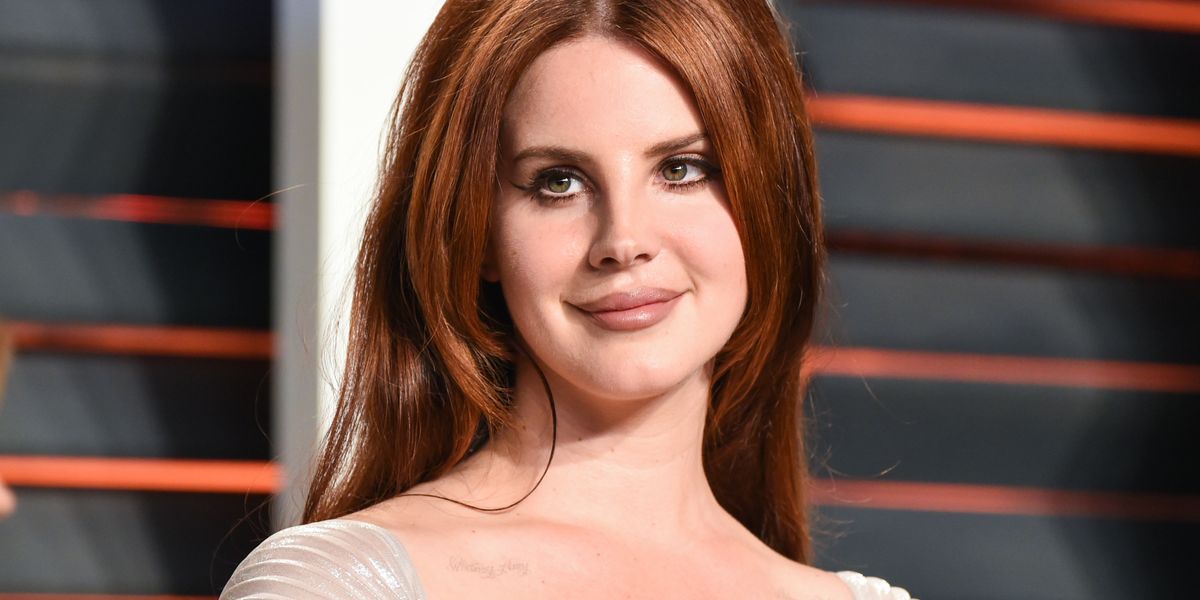 In case you weren't already aware, singer-songwriter Father John Misty aka Josh Tillman, and Lana Del Rey have long been fans of each other's work. On last year's still-major Lust For Life, Lana sang about dancing to Tillman's Coachella set, which she posted on Instagram, in the aptly-titled woke-pop bop "Coachella - Woodstock In My Mind." Tillman also starred as the California cult leader Lana and her flock loved on in the video for Honeymoon standout, "Freak."

This week in Beverly Hills at the ASCAP Pop Music Awards, Tillman got to return the favor, as it were, by singing a pretty lovely rendition of Lana's already-lovely 2012 Paradise single "Ride." (We are still gagging over that song's iconic video, in which she rocked a curly weave perm situation and hung out with biker daddies at arcades, but we digress). Tillman then gave a great speech about Lana's songwriting acumen, a talent that she is finally getting due praise for.

He also presented her with the Global Impact Award and had this to say: "It strikes me as vaguely ironic to give a songwriting award to someone who just seems to effortlessly radiate songs, but I know how hard you work and what you do and I think everybody else does," he said after his performance. "You can take all the crack songwriters and put them in a bunker for a thousand years and they would not come up with 'I Fucked My Way [Up] to the Top,' ever."

Indeed! Watch it all go down, below.

Father John Misty's new record, God's Favorite Customer, is out June 1. He also released the video for lead single "Mr. Tillman" today. You can watch that, below.