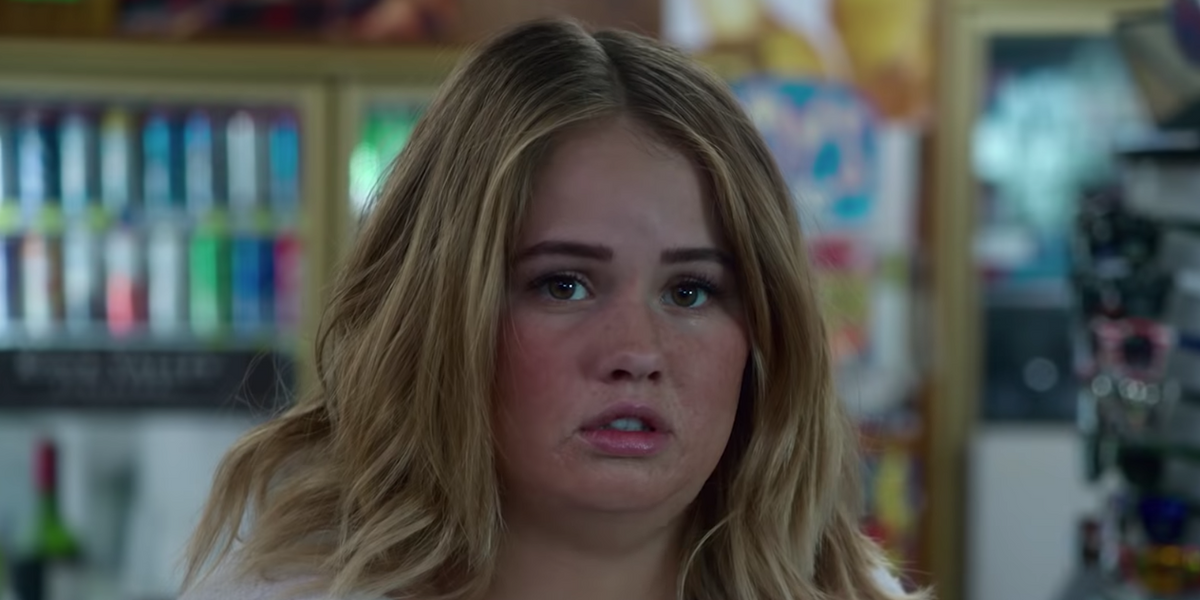 Fat and All That: In Defense of 'Insatiable'

Generally speaking, I'm­ not very up to date on what the cool must-see streaming shows are. I've never watched Stranger Things or The Handmaid's Tail. I was the last of my friends to watch Pose. But when I started seeing all the negative press around Insatiable, the new Netflix series about "Fatty Patty" who loses 70 pounds and embarks on a new life fulfilling her revenge fantasies and previously frustrated romantic ambitions, I decided to watch.

Many critics have been outraged at the alleged insensitivity of the show, calling it "obscenely cruel" (Vox) or "an offensive mess" (Business Insider). Being one week into my new column, Fat and All That, which talks about fat shaming, body positivity, and health and fitness for obese folks like myself, I felt I should check out this show that was supposedly so tasteless and cruel about an overweight high school girl.

Related | Fat and All That: Why Do People Hate the F Word?

I should preface things by saying I consider myself extremely sensitive about the depiction of fellow fat people in the media. I'm an obese man who has covered fashion and pop culture for 25 years, and I've felt both invisible and judged for my own weight. I've also seen good and bad handling of weight issues in the media. I'm always overly cautious about the way these topics are presented.

So I was prepared to be horrified when I tuned into Insatiable. But after watching all 12 episodes, and admittedly staying up past 5 AM to finish the entire series, I must confess I never once felt horrified. The scenes of Patty getting bullied weren't easy to watch and sometimes were over-the-top, but the entire show is over the top. What felt real to me was Patty's joy, excitement and ultimate disappointment in losing weight and becoming beautiful.

Growing up we all have something we're desperate to change about ourselves, thinking if only I was skinny, if only I was rich, if only this boy liked me, if only I was captain of the football team my life would be heavenly. Anyone who's lost a lot of weight has felt the rush of feeling sexy and desirable for the first time and the disappointment of realizing that your real problems aren't gone because you can finally fit into a smaller pants size. I remember the euphoria of having lost a sizeable amount of weight and being cruised by a cute guy on the street for the first time. Meanwhile when I was young and fat I'm sure I was also cruised, but I was convinced any time someone looked at me it was because they were thinking about how fat I was. When all those pent-up feelings come flooding out things can get crazy.

Also, which outcast or misfit hasn't had revenge fantasies of being transformed, humiliating your tormentors and being celebrated as the special person you've always wanted to be? I know I had those fantasies growing up as an overweight gay kid in Hanover Park, Illinois. Didn't you?

There have also been complaints about the portrayal of Nonnie, the secretly lesbian (or bi) bestie who's obviously in love with Patty. Critics have written that someone's coming to terms with her sexuality is not appropriate comedy material. I thought Kimmy Shields, who portrayed Nonnie, gave an incredible, layered and sympathetic performance. Haven't all LGBTQ kids had a crush on a best friend or classmate? I certainly did.

And when Nonnie does come out and starts dating an African American queer girl (who's also a contestant in the Magic Jesus pageant), everyone is accepting and supportive of Nonnie, including her policeman father.

So maybe it's just me, but I don't see why people are offended by Insatiable. I thought the casting and diversity of the characters felt modern. The performances of actors like Alyssa Milano, Kimmy Shields, Bevery D'Angelo and Christopher Gorham were entertaining and funny. Is it a tasteful show? No. Is it an insult to overweight people? I certainly don't think so.