Throughout New York Fashion Week, one of our favorite Brit chanteuses, Little Boots, aka Victoria Hesketh, will be blogging about her Fashion Week exploits, leading up to the March 2nd U.S. release of her full-length debut, Hands. She plays the Highline Ballroom on March 2nd and 3rd.

After a 5.30 a.m. wake up-call I'm sitting in JFK airport ready for home, which is
a shame as it looks like I'm missing some of the best shows today! Yesterday I spent most of the day recording so I had to rely on Twitter for my fashion updates. But later on I DJ-d at the ELLE party for the new launch of the Bebe store.

I just got a ton of new music, so it was really fun to be behind the decks again as it's been a while since I've played. There was far too much champagne flying around which seemed to be inducing a shopping frenzy; our friend Alyn couldn't keep his hands off the accessories...

Best of all, I met Dot Com from 30 Rock! They don't play it at home, so I usually get my fix on the plane -- fingers crossed they have a new episode for today's flight.


I better go now -- it's only a couple of days before I have to do it all over again for London Fashion Week... then back to New York where we are kicking off our US tour on March 2nd at the Highline. I'm sooooo excited! Although think I'm gonna need about six suitcases... Anyway, thanks for reading everyone and thanks for having me everyone at PAPER -- hopefully I'll be back soon! 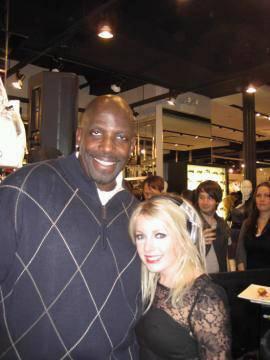 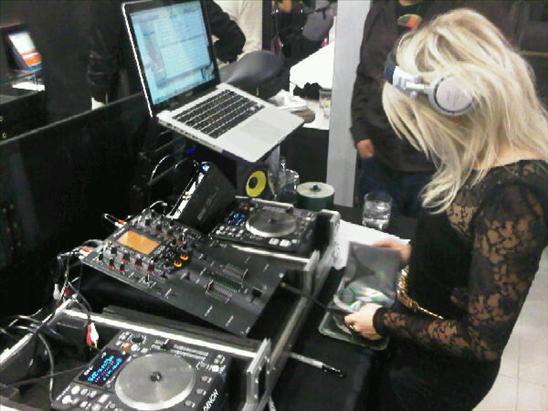