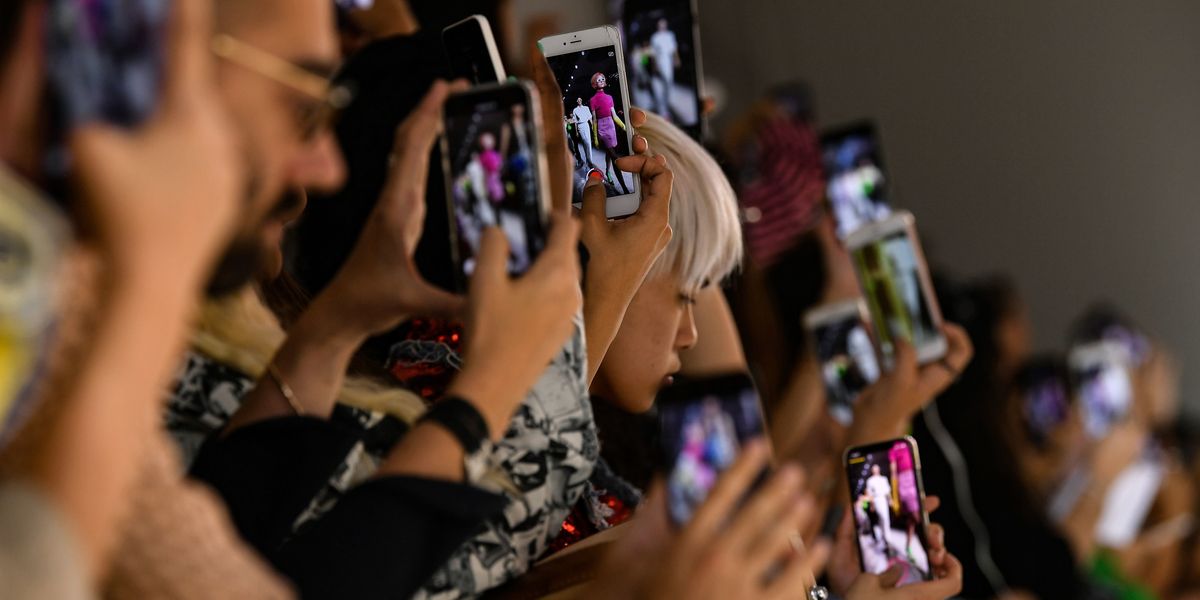 When Nicolas Ghesquiere presented his Fall 2020 women's collection for Louis Vuitton on the final day of Paris Fashion Week in March, few could have predicted that it would end up being the last major runway show the world would see for the foreseeable future.

It first started with the destination cruise shows, many of which were set to take place around this time in May from brands like Gucci, Chanel and Dior but had to be canceled due to the pandemic. (Capri, San Francisco and Dubai were among the planned locations.)

The cancellations eventually came for the men's and couture schedules in Europe. But while the next fashion weeks in London, Milan and Paris won't be happening in their traditional format this summer, each city's fashion governing body has its own unique plans for how to move forward. (Other designers have abandoned the fashion calendar altogether and plan to operate at their own timetable.)

See, below, for all the updates to the fashion calendar this year in response to COVID-19.

London Fashion Week is sticking to its original dates of June 12-14 but will be operating virtually through a new digital format. The British Fashion Council also revealed that for 12 months, LFW will be gender-neutral, meaning that men's will no longer have their own dedicated platform as it has had since 2012.

The combined womenswear and menswear presentations in London will offer the first glimpse of how fashion weeks could potentially look like in the near future as the industry scrambles to adapt to the coronavirus crisis. Exact format details will be revealed at a later date but the showcase will reach both trade and consumer audiences through the official website londonfashionweek.co.uk.

Paris is usually the final leg of fashion month, but it's being moved up to precede Milan this season for July 9-13. It, too, will also hold an "online showcase" of its Spring 2021 men's collections with an emphasis on films and videos, according to the Fédération de la Haute Couture et de la Mode.

Italy's fashion governing body, the Camera Nazionale della Moda Italiana, said that they will be moving the men's fashion week schedule in June and combining it with the women's schedule in September (should the ready-to-wear shows be happening at all by then).

But then they announced that they will be launching Milano Digital Fashion Week in July, which will showcase the men's Spring 2021 collections in a digital format. According to the organization, production delays meant the collections weren't ready to be shown in its original date of June so they had to opt for July. (Zegna is slated to be among the participants.) However, brands can still choose to show in September with the women's should they choose to.

No official plans have been announced yet for the cancelled couture schedule, which was set to take place in July. Some designers are skipping this season and will present in January 2021 instead, including Jean Paul Gaultier's first couture collection made by guest designer Chitose Abe of Sacai.

Giorgio Armani will show his next Armani Privé collection in January as well but will present it in his Milan headquarters rather than his usual haunt in Paris. (For the first time, it will be a seasonless couture collection.) Demna Gvasalia was supposed to unveil his first couture collection for Balenciaga this summer but this has been postponed.

The biggest question left unanswered is how fashion month is going to look like come September, when all four fashion capitals are slated to show the designers' Spring 2021 collections. While many brands are still weighing their options (including canceling them outright), some are suggesting holding more intimate presentations in front of smaller groups of people.

Designers Going Against the Calendar

Saint Laurent is the first brand to break away from the fashion calendar after announcing that they will not present its collections in any of the pre-set schedules of 2020. They plan to take ownership of its schedule and launch its collections "following a plan conceived with an up-to-date perspective, driven by creativity."