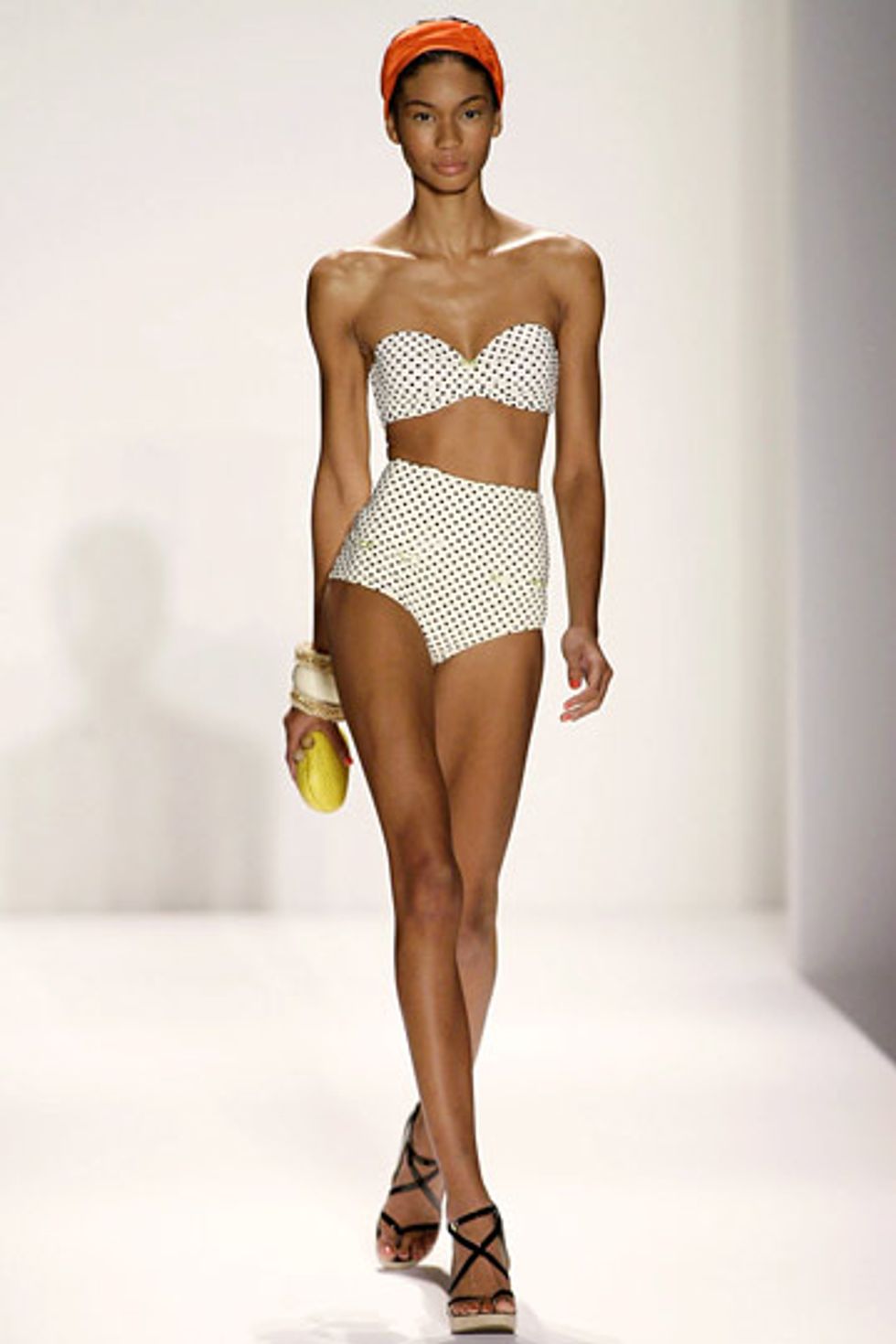 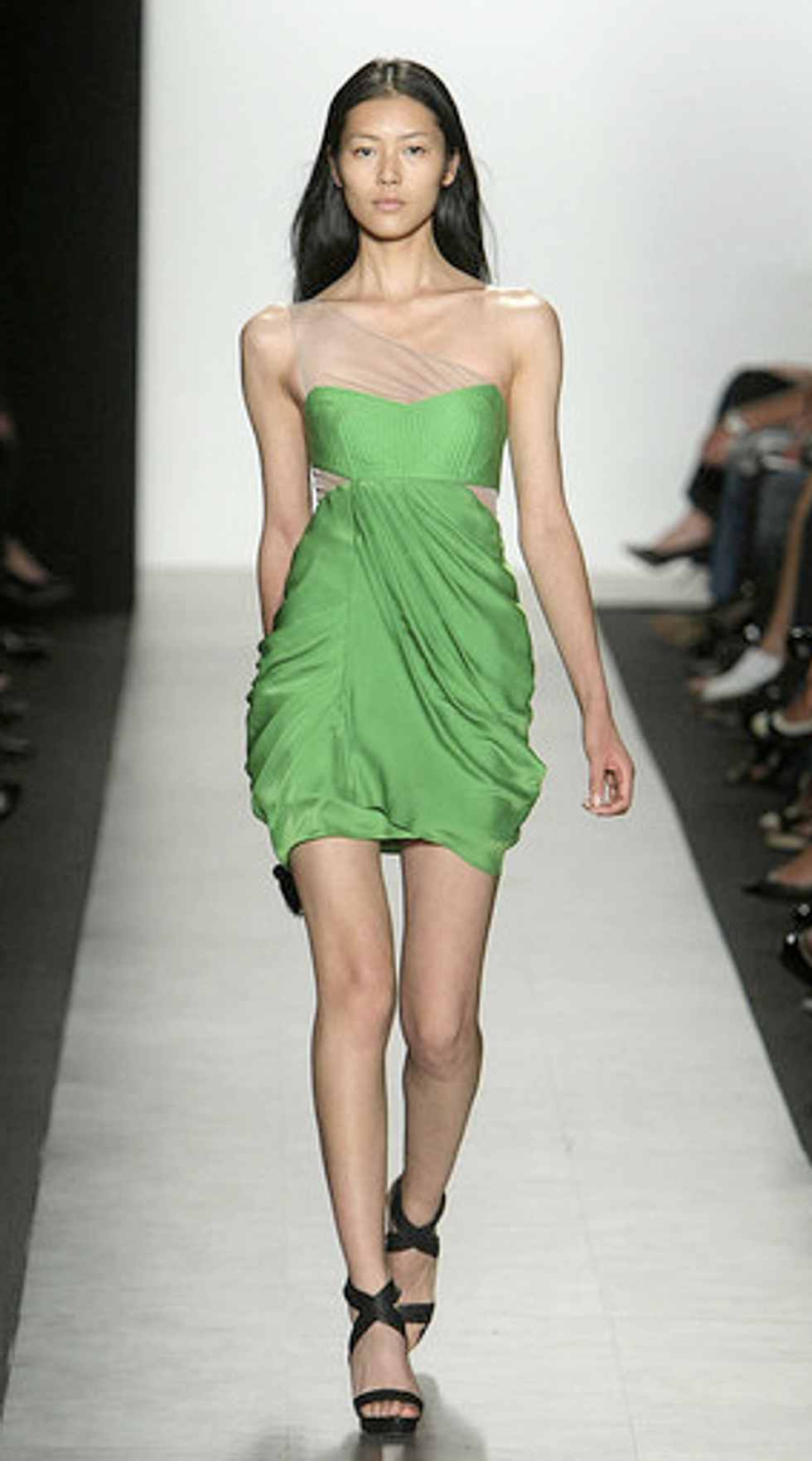 Guess who I brushed past as I pumped into the tents yesterday on the first day of Fashion Week? Ms. Anna Wintour herself. This season's biggest Fashion Week celebrity was sitting front row in section B of the BCBG Max Azria show (and I, rightfully, was sitting just three rows behind her.) I thought that was the highlight of my day (although slipping into my navy high waisted, slim cut jeans and a light blue scoop back one piece -- both from American Apparel -- ran a close second) but there was more! From Gwen to Kelly to Chanel Iman -- I lived for yesterday's fashionable festivities. See my highlights below.

1. Party dresses floated down the runway at Whitney Port's Whitney Eve show. The reality starlet used lots of silks, brocade and lace in short, festive dresses which, oddly enough, would look as good in a nightclub as they would in a episode of The City.

2. Stretchy, silky, neon dresses exploded down the runway at BCBG Max Azria. Although the show was the first one out at 10 a.m, everyone from Amerie to Anna was on hand to watch the collection.

3. The Real Housewives of New York City's Kelly Bensimon debuted a fine jewelry line at the Hautelook.com lounge in the Bryant Park hotel. Dressed in a mini skirt, chunky sweater and boots, she showed reporters her favorite pieces, including a pretty blinged out cuff, which retails (a little crazily, for $500.

4. Gwen Stefani relaunched her L.A.M.B. collection to a pretty packed crowd. Her presentation featured a gang of models in a pretty eclectic -- or pretty messy, based on your P.O.V -- mix of leggings, leather jackets and cropped jeans. 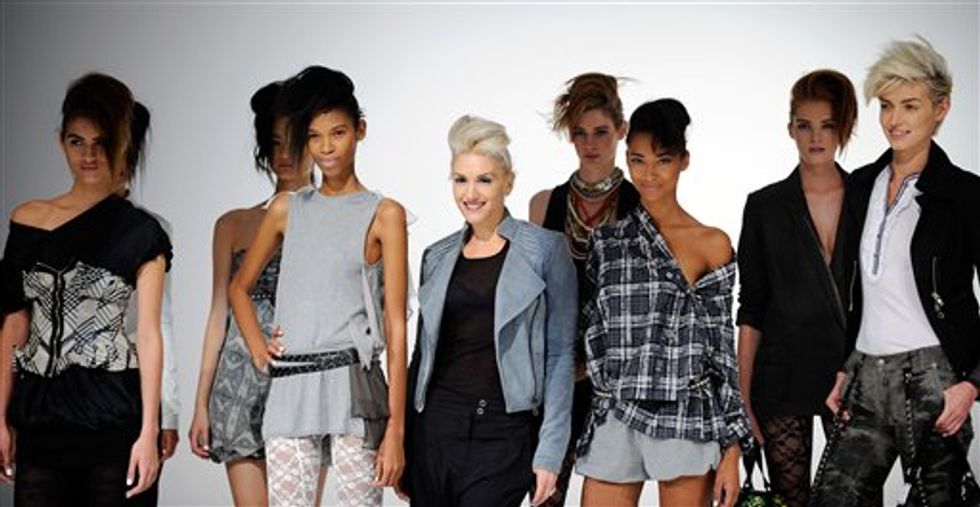