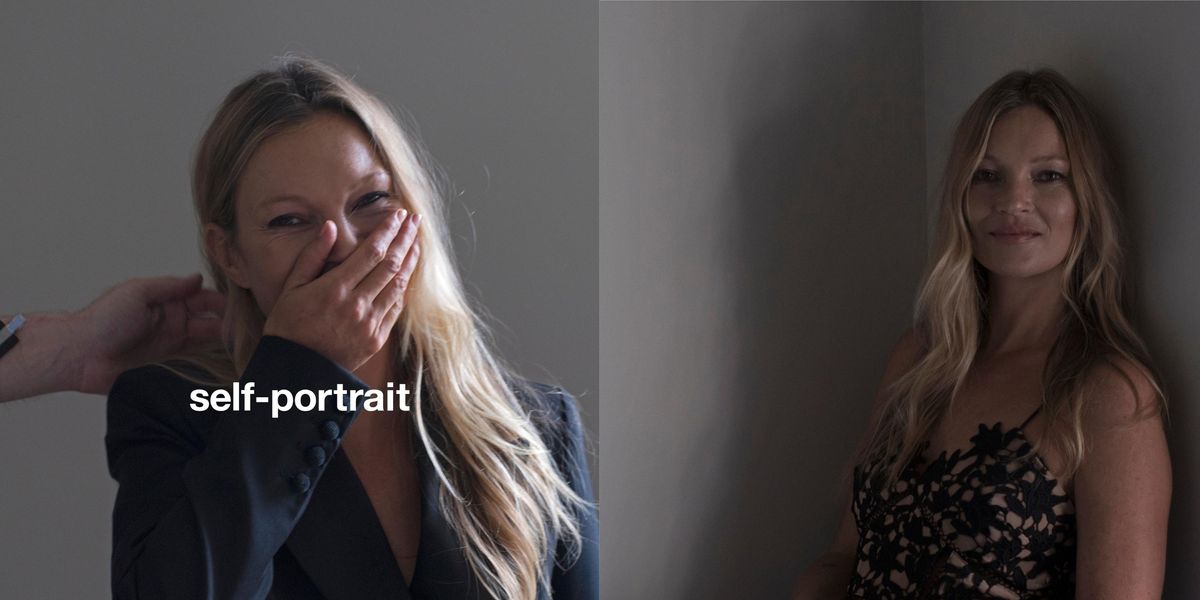 "The List" is PAPER's definitive roundup of the most important fashion launches of the month. From store openings to new podcasts, collaborations, initiatives, campaigns, capsules and product releases, we've curated the most exclusive and special style announcements from around the world. Scroll through, below, to see what's in store for April.

Behind the Scenes (Courtesy of Self-Portrait)

It was a pair of firsts for Kate Moss: the first time she shoots a campaign for London-based label Self-Portrait and the first time she gets portraits taken by photographer Nigel Shafran. The supermodel, whose images were shot in Gloucestershire, shows off the brand's Pre-Fall 2021 collection which has just arrived online and in stores, including its London flagship that recently re-opened.

James Flemons, founder and creative director of Phlemuns, dropped a new campaign for its Fertilized Nebulous collection featuring cozy pieces like sweatpants, hoodies, long johns and backless tees in pink cloud prints and brown colorways. "Sleek, brown, ribbed jerseys and fleece make up this collection, giving life to lightweight clothes made for moving forward in stillness, while whimsical pink skies remind us of our most natural states: joy and respite," he said.

Starter, known for their partnerships with all the major pro and college sports leagues, is turning 50 this year. As part of the major milestone, the brand is celebrating by teaming up with Budweiser on a new globql capsule that incorporates the beer brand's signature red color scheme on Starter's athletic silhouettes. The co-branded logos, including Starter's famous star symbol and Budweiser's cursive font, is applied on everything from graphic tees to sweatshirts, baseball caps and satin jackets.

H&M has announced Game of Thrones' Maisie Williams as their new Global Sustainability Ambassador. In her role, Williams will help the company promote a more sustainable and circular future with a series of digital and IRL initiatives. The long-term goal is to use 100% recycled or other sustainably sourced materials across all H&M brands by 2030. The first part of the partnership sees Williams transform into a virtual avatar for Nintendo's Animal Crossing game. On April 13, users will get to meet her at Looop Island, named after H&M's in-store recycling station, where they will learn more about recycling and all things circular fashion.

A Comprehensive Book About '90s Fashion

Reinvention and Restlessness: Fashion in the 90s is a deep-dive into the world of fashion during the '90s, covering everything from the decade's rise of the supermodels to grunge, Clueless' Alaïa, and Margiela's couture. Minimalism. deconstruction and the rejuvenation of established couture houses are some of the topics explored in the book, which was created alongside The Museum at FIT, and focuses on the designers who challenged who played an important role in laying the foundation for fashion of the twenty-first century.

At Acne Studio's Spring 2021 runway, several looks featured large star motifs by Los Angeles-based artist Ben Quinn. The prints have also made their way to the brand's signature Musubi bags, which were first hand-painted by Quinn and then reproduced in limited quantities. There are three different styles in the collection — a tonal star with a rainbow-colored center, a mixture of tonal and rainbow-colored star and a fully rainbow-colored star — on the white leather body of the bag (there are also a few smaller stars on the strap). The art piece which inspired the print is currently on display at Acne Studios' West Hollywood boutique.

Kim Jones is releasing a capsule collection that translates his debut couture outing for Fendi into a tight edit of sleek, black and white ready-to-wear. (His first Fendi designs to land at retail.) The range of draped gowns and soft tailoring captures the romantic sensibility of his couture show and has already been worn by the likes of Julia Garner and Winnie Harlow. It will also feature new versions of the brand's Baguette and Peekaboo handbag styles.

Luxury retailer The Webster teamed up with Marine Serre to create an exclusive capsule of six regenerated items — including second-skin tops, leggings and denim skirts — printed with the Serre's famous crescent moon monogram and rendered in The Webster's signature pink palette. It marks the first time a retailer will have its own unique All Over Moon styles from the Paris-based designer. The campaign features stylish Bling Empire star Jaime Xie showing off the limited-edition collection.

Originally slated to open last summer, Browns finally has a new opening date for its much anticipated new flagship store on Brook Street, just a short walk from its former flagship on South Molton Street in London's Mayfair district. Opening to the public on April 12, the new flagship is being heralded as a celebration of the future of luxury physical retail. The Farfetch-powered Grade II* space is spread out through four floors and includes an outdoor courtyard and restaurant, plus hi-tech shopping services like connected mirrors and an "Immersive Room."

"Luxury retail and the customer has fundamentally changed and so we needed a space that allowed us to play into these needs and bring together the physical and digital worlds as well as offer a layer of experience that goes beyond the product, which is crucial in the current landscape," Chair of Browns and Farfetch Chief Brand Officer Holli Rogers tells PAPER. "This new chapter brings together a culmination of all the stories we have been working on for the past five years, and which started with Browns East, our concept space in Shoreditch that looked at bringing to life our experiential retail vision. We know our customers will be looking for spaces to explore, hang out, meet friends and even get their nails done — Browns Brook Street offers all of that with that elevated service and more.""

Balmain has launched a new 10-part podcast series called L'Atelier Balmain where each episode will concentrate on one key aspect of the brand's history. Creative director Olivier Rousteing is joined by leading fashion writers and historians to to investigate and discuss the defining moments that make the 75-year-old brand unique. Topics include founder Pierre Balmain's first show, muses and models, past designers and more.

L'Atelier Balmain is available on Apple Podcasts, Spotify Podcasts, Youtube and at Balmain.com.

Luxury accessories brand Judith Leiber kicked off opening day of the 2021 baseball season by teaming up with the MLB to create a baseball clutch made out of over 9,000 hand-set crystals. The sphere, complete with silver crystals and red lacing details, can also be customized with team logos and client signatures upon request.