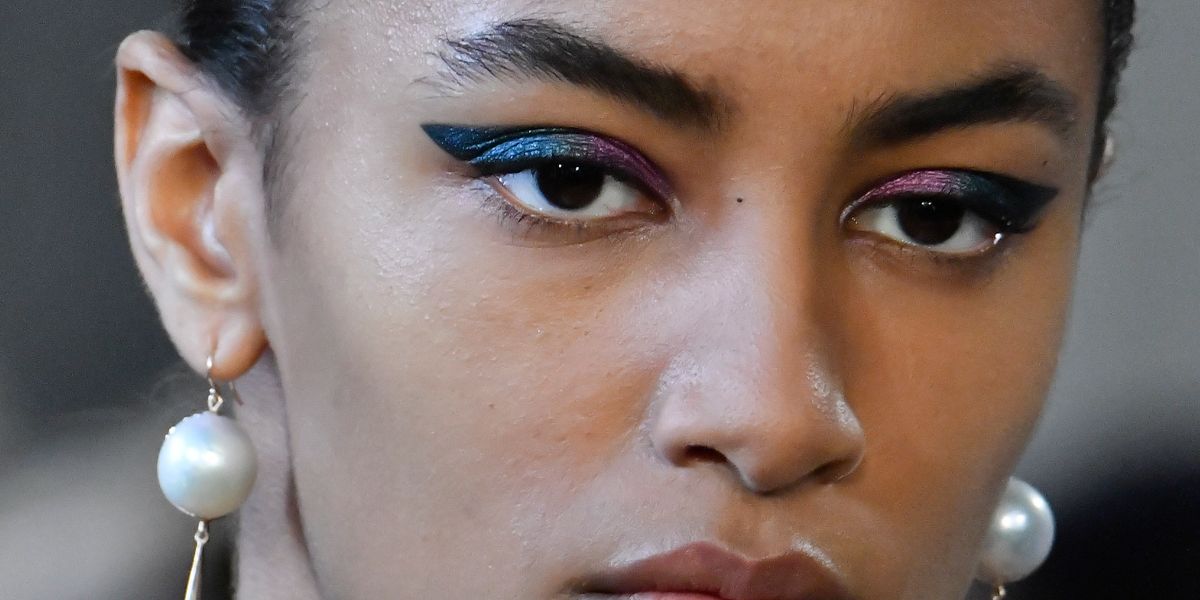 My junior year of high school, I went to my friend Emily's house and watched Tom Ford's A Single Man two and a half times in a row. The film is a gorgeously shot meditation on love, loss, loneliness, and the ambient dread of the Cuban Missile crisis. It also has some of the best eyeliner captured on film since the late 1970s. I would sit in my bedroom and attempt to replicate Julianne Moore's immaculate lines over and over again, which in retrospect makes me mourn an era when I could touch my face without paralyzing fear.

I started taking in other eyeliner-forward pictures –The Valley of the Dolls, Beyond the Valley of the Dolls, Mahogany, anything from the La Nouvelle Vague that was screenshot and posted to a thousand tumblrs. I was basic yet inspired, and did not leave the house without a winged eye between the ages of 17 and 22, spending a fortune on Urban Decay eyeshadow primer. My friends wore it too, and college was literally marked by pillowcases smeared with black ink due to insufficient makeup removal after drunken nights out (skincare had yet to become a sensation). Alexa Chung was always in a basement bar in Avenue A in a perfect smudgeless cat-eye, her looks blogged to an adoring public in Peter Pan collars.

But then, somewhere around 2013, all the Petra Collins girls started dabbing their lids with lip balm and washes of pink s for a glossy yet consumptive look. Glossier launched in 2014, and, amongst a certain set, black eyeliner became a thing of the past. I began working at a company that launched a makeup brand, and spent at least ten minutes a day patting champagne-colored goo directly below my brow bone. And then last year marked the advent of Euphoria, updating the Collins-era looks (often on the girls she used to shoot) with a bit more neon and harder graphic structures.

But winged, black eyeliner is so alluring. Depending on the thickness of the application, it can work on pretty much anyone. The effect is kittenish, what a women's magazine pre-Jezebel might have described as "come hither." And while it's never really gone away – like most mid-century styles or your standard swath of red lipstick, the winged eye is considered a classic, and I've personally spent a substantial chunk of my ridiculous career urging the public to embrace the Moore – it was back on the Fall/Winter 2020 runways in full force, with a colorful, Euphoria-esque twist for Gen Z'ers who care less about white women softly weeping in Godard films.

There was a wide range of cat-eyes and wings shown all throughout fashion month. In New York, models at Marc Jacobs's roundly, deservedly praised show sported varying styles of black winged liner, paired with red lipstick – there was a ladylike skinny cat-eye on Gigi Hadid, a heavy punk style on Lily McMenamy. Living legend Pat McGrath created over 90 looks for the show. As she told Vogue, "when you think of black eyeliner and red lipstick, you think of all time periods. Past, present, and future—it's everything."

In London, Ashish showed all manner of maximalist multi-colored cat eyes by makeup artist Daniel Sallstrom – there was glitter, a '60s-esque line above the crease, black lines peeking out of a wash of color. In Milan, the Max Mara show featured smudged, blended takes on the wing, an update of the brand's classic Italian glamour. And then in Paris, there was a parade of winged eyeliner. Sacai showed minimal swipes of black with pristine skin. At Altuzarra, Tom Pecheux created two-toned eyes, with glittery purple and blue shadows encased in a black liner cage. Valentino, also by McGrath, featured long wings and asymmetrical lines with crystals scattered across models' orbital bones. Celine, by Aaron de Mey, featured a ghostly take on the over-the-top Edie Sedgwick look. At Dior, the brand's lead makeup artist Peter Philips created cat-eyes in crumbly kohl. Miu Miu, again by McGrath, showed super-long wings, some atop shocks of color. The beauty at Stella McCartney, also by McGrath, emphasized fresh skin, with skinny bits of winged liner above the eyeball.

If just three of something makes a trend, then the wing is certifiably beyond back in style. I'll be fishing through old purses for the remains of primer and Stila liquid liner, all of which will require a thorough Purell-ing for the pandemic. But I'm glad it's back. To quote noted eyeliner connoisseur Marilyn Manson, "black eyeliner. It's standard. It's all you need. It just makes the world a better place."