Hair: Mischelle Navar at the Wall group and Ronnie Peterson at Artists by Next
Makeup: Renee Garnes and Cynthia Rose at Artists by Next
Photographer's assistant: Stephanie Noritz
Interns: Coco Altman, Kelly Govekar and Sarah Saul 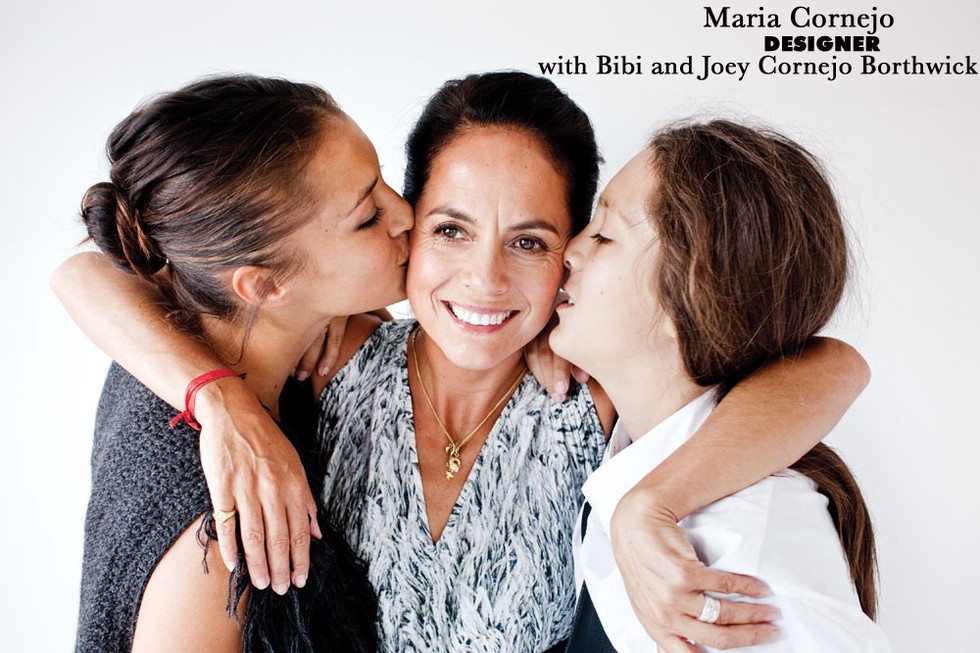 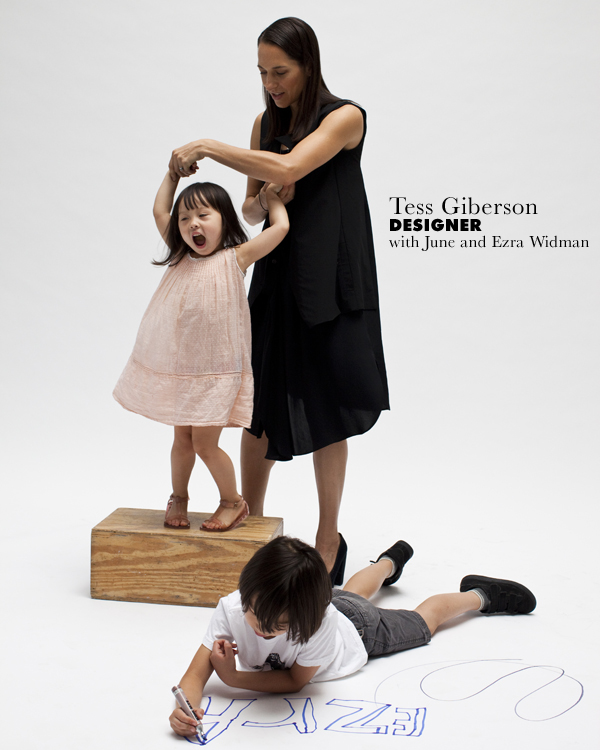 Previous Next
Tess wears a dress and vest by Tess Giberson, shoes by Dries Van Noten and a necklace by Ninh Wysocan. June wears a vintage dress (that once belonged to Tess) and shoes by GAP. Ezra wears a t-shirt by Maki and shorts by H&M. 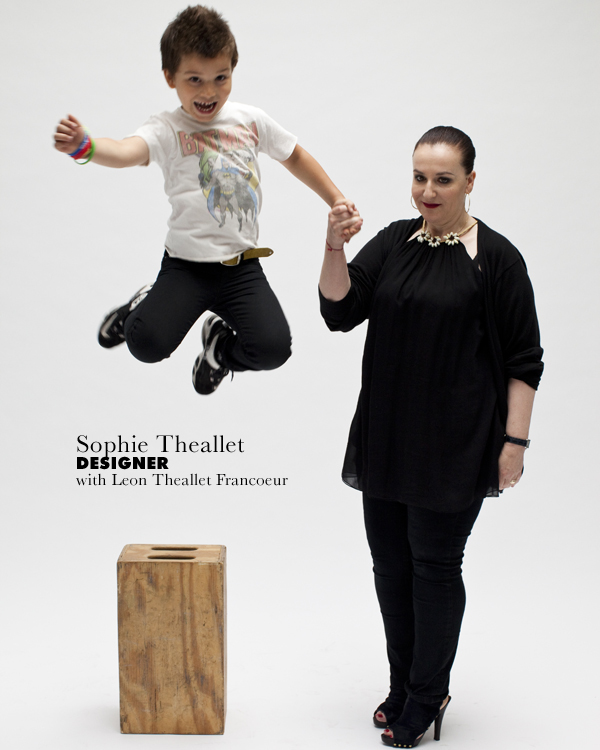 Previous Next
Sophie wears clothing by Sophie Theallet and bracelet by Cartier. Leo wears a vintage t-shirt and belt, jeans by H&M and shoes by GAP. 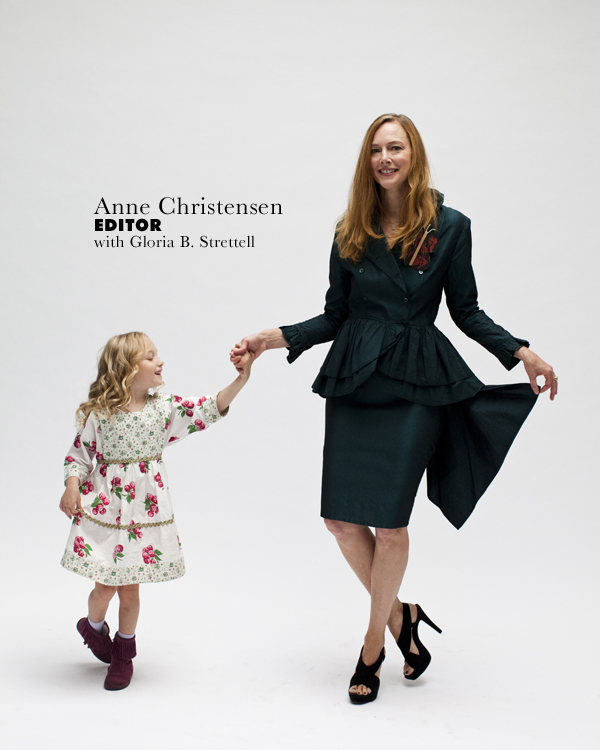 Previous Next
Anne wears a jacket and skirt by Kenzo and shoes by Diane Von Furstenberg. Gloria wears a dress by Honey and boots by Primigi. 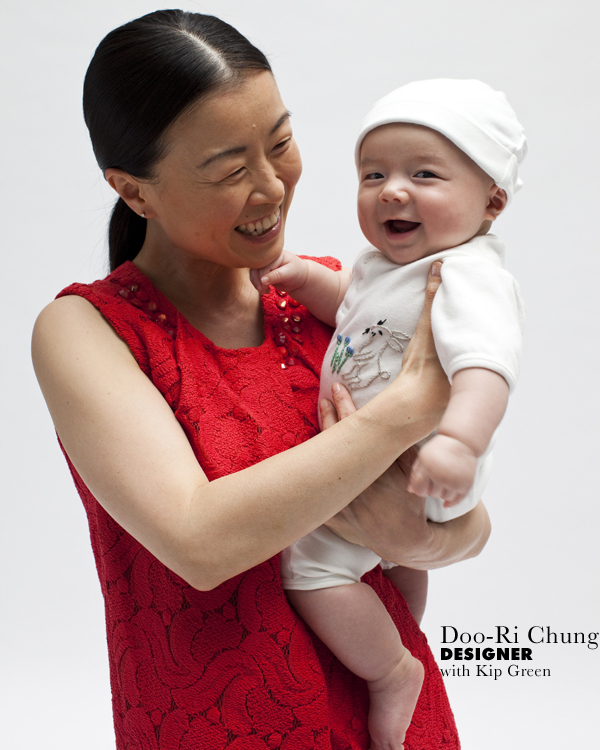 Previous Next
Doo-Ri wears a dress by Doo.Ri. Kip wears a onesie and hat by Coyuchi. 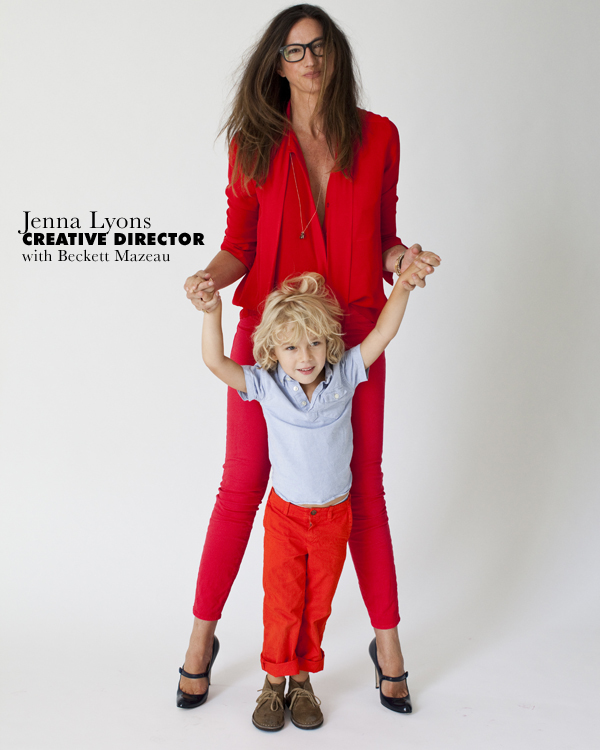 Previous Next
Jenna wears a blouse by Celine, pants by J.Crew, shoes by Manolo Blahnik, glasses 3.1 Phillip Lim, and necklace and rings by Philip Crangi. Beckett wears a shirt and shoes by J.Crew and pants by Bonton. 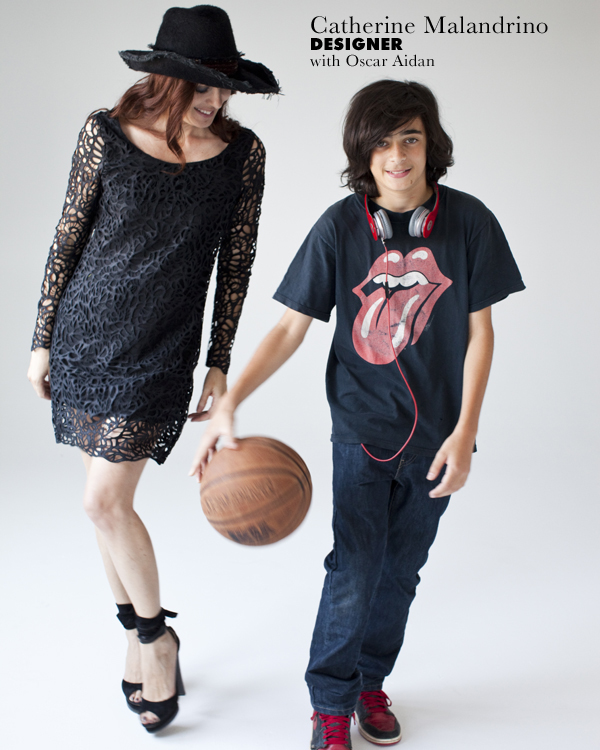 Previous Next
Catherine wears clothing by Catherine Malandrino. Oscar wears a vintage t-shirt, jeans by Levi's, sneakers by Nike and headphones by Beats by Dr. Dre. 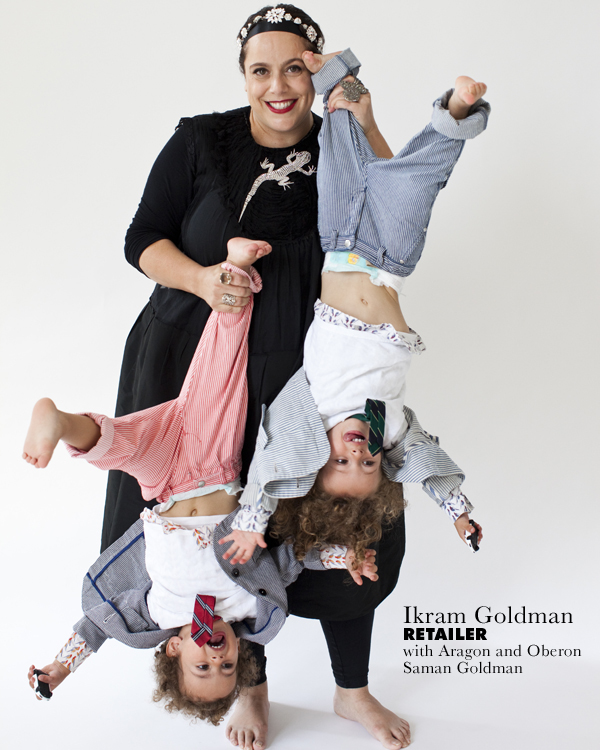 Previous Next
Ikram wears a dress and shirt by Lanvin, tights by American Apparel, headpiece by Erickson Beamon, vintage brooch and rings by Loree Rodkin. Aragon and Oberon wear jackets by Fifth Works, shirts by Maan, shirts by Target and pants by Petit Bateau. 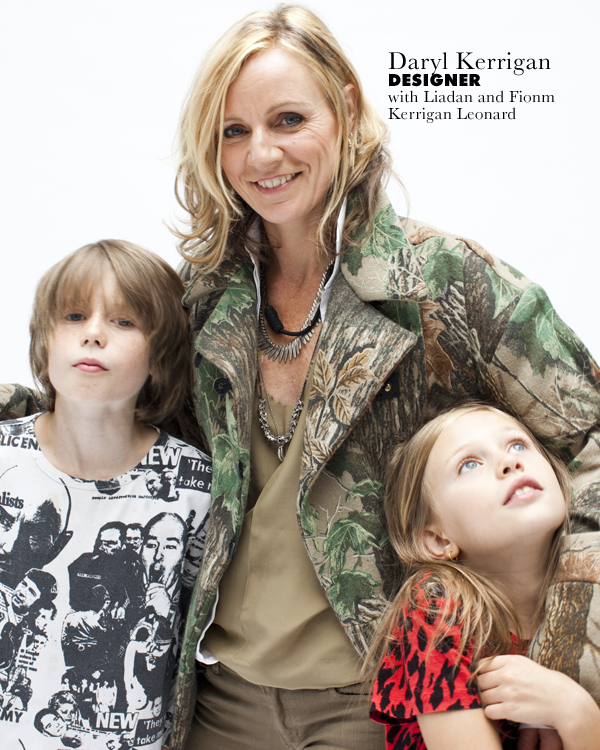 Previous Next
Daryl wears clothing by Daryl K and necklaces by Kria and Jill Planter. Liadan and Fionn wear t-shirts by Daryl K. 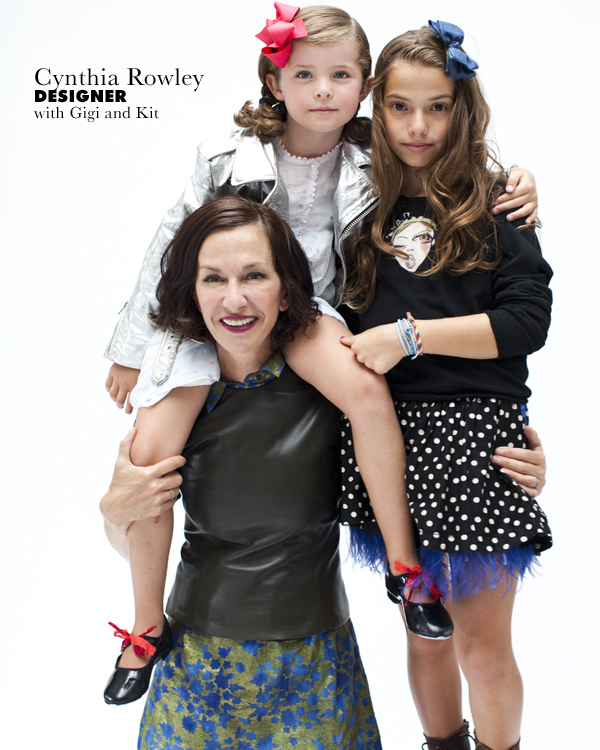 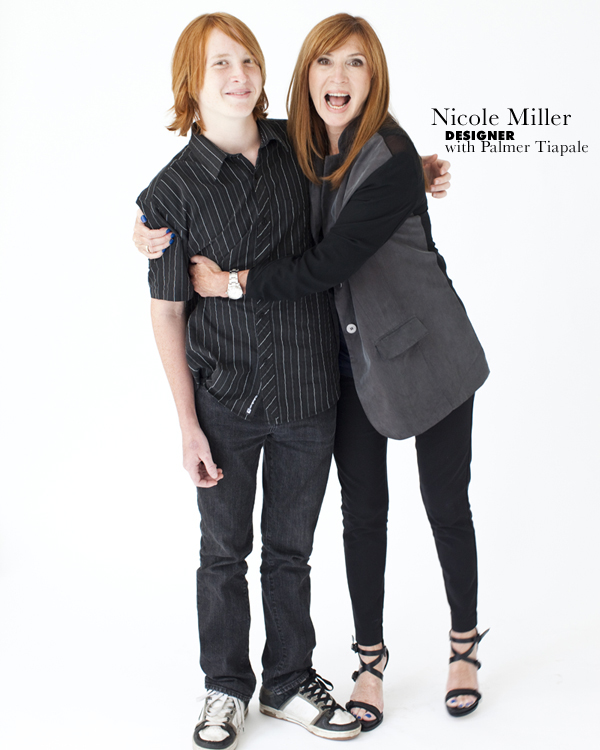 Previous Next
Nicole wears clothing by Nicole Miller and shoes by Alexander Wang. Palmer wears a shirt by Quiksilver, pants by Volcom and sneakers by Adio. 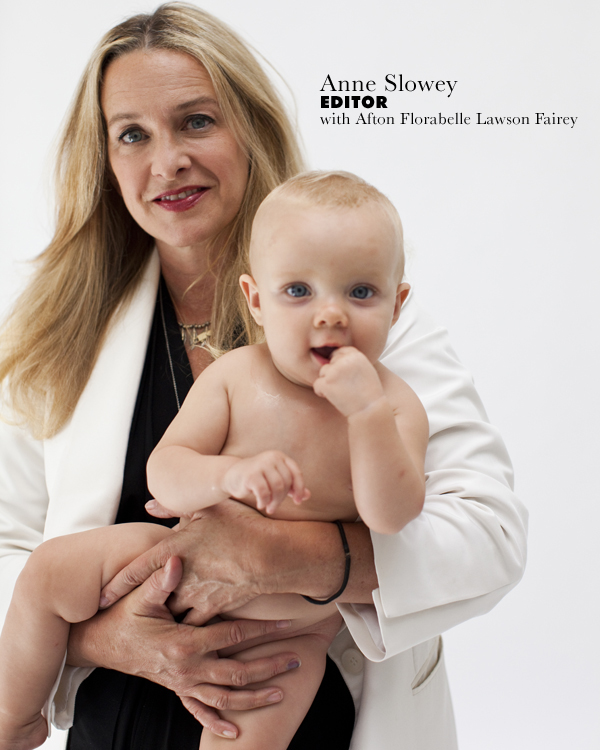 Previous Next
Anna wears a dress by Zero + Maria Cornejo, blazer by Stella McCartney and necklaces by Thakoon for Tasaki and VPL.