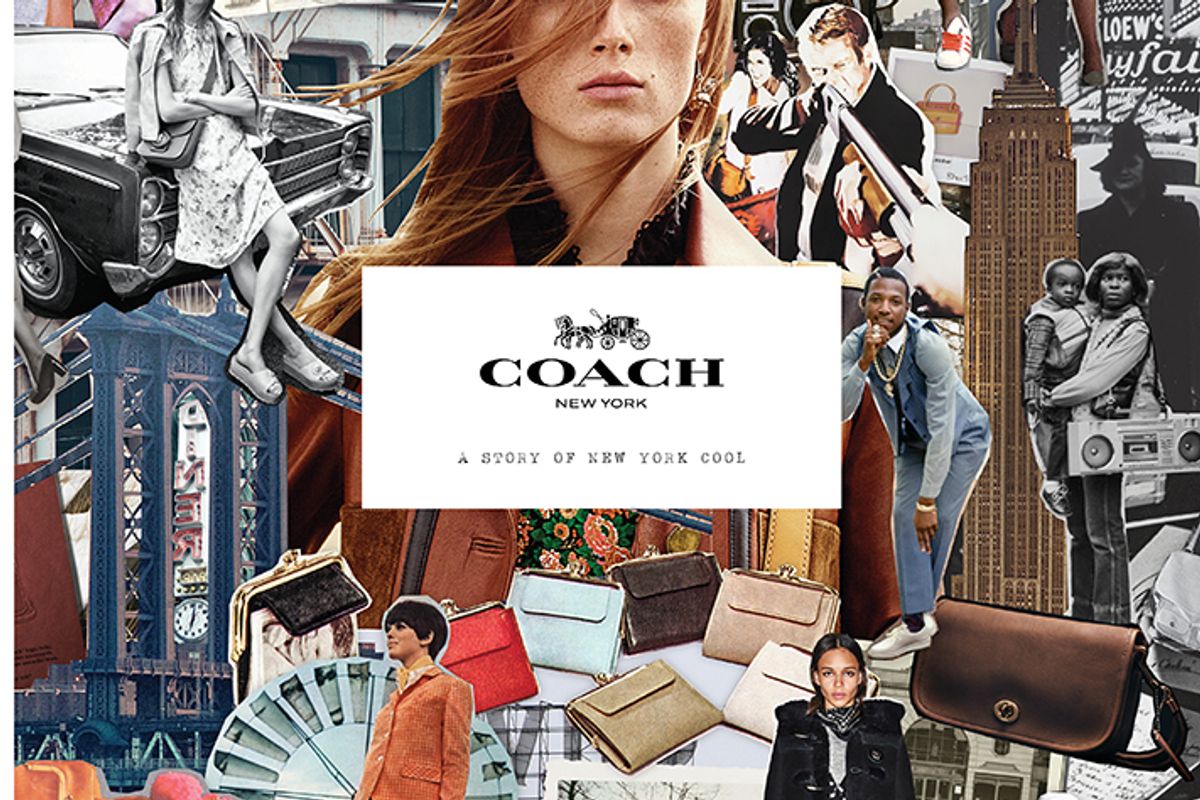 Since its beginning, luxury fashion brand and leather guru Coach has clothed fashion-forward New Yorkers. So in celebration of their's diamond anniversary, the iconic brand is releasing Coach: A Story of New York Cool, an art book chronicling it's rise in the fashion world.

And while it's published by none other than Rizzoli New York, don't let the genre fool you, because this isn't your average coffee table book. Adopting a unique scrapbook style layout designed by famed art director Fabien Baron, this nearly 300-page walk down New York's fashion memory lane details the entirety of Coach's journey, starting from their humble beginnings as a quaint SoHo workshop with only six artisans to the American fashion giant they are today. Written by pop culture critic Joel Dinerstein and featuring a foreword by Blondie's own Debbie Harry, this illustrated publication includes archived photography, design sketches, iconic ad campaigns and photos of Coach's inspirations of "cool", including Joe DiMaggio, Madonna, Prince, Zoë Kravitz, and more.

Coach: A Story of the New York Cool will be released on October 18th for $75. So, if you can't afford to sport Coach's latest collection, at least you can read all about it.