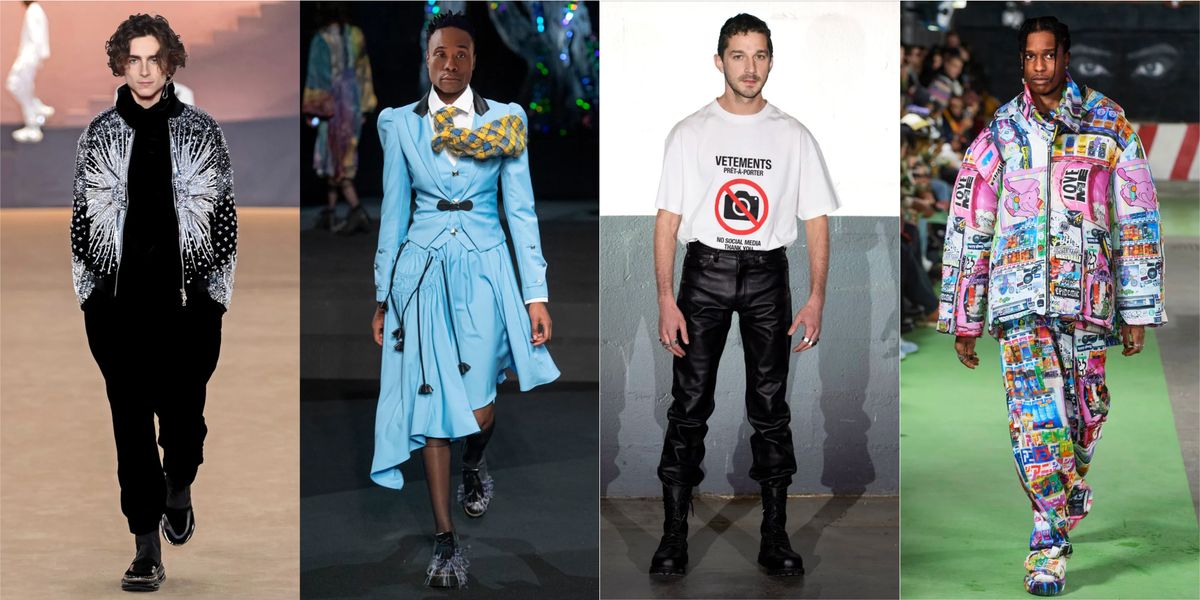 The final leg of menswear shows wrapped up a few days ago, and we're already dreaming up the looks we want to see on the most stylish celebs. Standout pieces from the likes of Vetements, Dior and Alyx would make the perfect fashion statement on everyone from Harry Styles to Frank Ocean and Billy Porter. In honor of the Fall 2020 menswear collections, here are seven stars who would totally kill these looks on the street, red carpet and everywhere else in between.

A$AP Rocky's eccentric and unpredictable style means that there's plenty of pickings from the pool of trends this season, from the novelty prints at Natasha Zinko to Alyx's signature black utilitarian pieces.

Billy Porter's theatrical sense of glamour would find a home in virtually every look from Loewe and Charles Jeffrey Loverboy's romantic frocks.

One of the boldest risk-takers on the red carpet, Ezra Miller would no doubt rock Palomo Spain's gender-bending looks and Dior Men's intricate creations.

Already among Bode's biggest fans, Harry Styles could pretty much wear anything from its fall collection, not to mention this lavender get-up from Ludovic de Saint Sernin.

Frank Ocean's affinity towards Prada is well-known, but we're particularly envisioning him in some of the most understated pieces from Etudes and Lanvin.

Shia loves a graphic tee, but these offerings from Vetements and Enfants Riches Deprimes take it to the next level.

We already know Timmy looks great in a suit and hoodie, but we predict he can take it even further this season and incorporate a good ol' cropped knit and low-rise trousers ala Acne Studios.