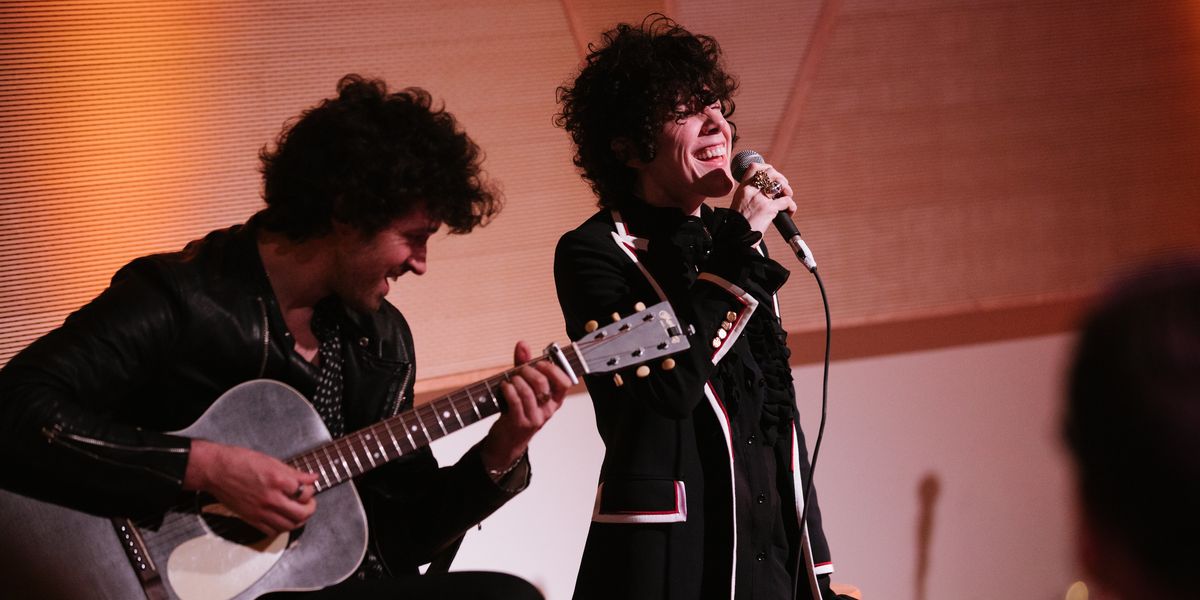 The 2019 Fashion Centered Dinner was a Hopeful Extravaganza

For seven years, a host committee of fashion's heaviest hitters have joined Glennda Testone, the Executive Director of The Lesbian, Gay, Bisexual & Transgender Community Center in New York City, to invite some of the brightest stars and most empowered activists to a dinner focused on affirming The Center's mission: save queer lives.

The annual event, Fashion Centered, is an invite-only fundraiser held at The Center's 13th Street headquarters that is geared towards raising awareness of its core mission and constantly evolving initiatives. Fashion Centered has raised nearly $2 million since it first began in 2013. This year's main beneficiary was The Center's RiseOut program, a politically-engaged, policy-driven program created to affect New York State laws targeting LGBTQ+ people.

The cocktail hour for Fashion Centered 2019 began in The Center's courtyard, where some of fashion's best-dressed showed up and did not disappoint. Tulle was in the air upon the arrival of nightlife legend Susanne Bartsch and Fischerspooner frontman Casey Spooner. Both wore ensembles draped neatly in mesh-like material, chests exposed a shimmering at sunset. They weren't the only ones decked out in their Sunday best; each attendee sparkled in sequins and shimmery embroidery — the event was a queer, high fashion melting pot.

Once the dinner began, speeches were made by Testone herself as well as The Center's Chief Advocacy Officer, Shijuade Kadree. Several policy-changing initiatives were explained in depth by Kadree, all of which would be bolstered by the donations made by attendees throughout the night. One of the specific initiatives Kadree mentioned is The Center's work towards outlawing the gay/trans "panic" defense, a cruel legal strategy that allows for decreased sentences of attackers committing violent acts, and even murders, towards queer and trans people. (You can read more about The Center's work towards outlawing the defense here).

It's safe to say that a large number of LGBTQ+ people living in New York City have at one point or another come in contact with The Center and its diverse range of services for the community. Even Fashion Centered's featured performer for the evening, LP, recalled having visited to The Center when she lived in New York. "I'm from New York, but I live in LA now. I haven't been here in a while, and it's wonderful to see that everything's going as it should. I'm honored to be represented by all of you," LP told the crowd of attendees.

Given the mass involvement of LGBTQ+ people in fashion, and that The Center is located within one of the fashion capitals of the world, the Fashion Centered dinner proves to be a yearly benchmark on social issues for the powerhouse of an industry. The necessary work that The Center does for the community evolves constantly to battle and counteract policies enforced by the GOP and current White House. For this reason, Fashion Centered continues to be just as necessary — it serves as a pause for the fast-paced industry to look around and give back to a safe house that has done so much for the community.

Donate to The Center here and learn more about RiseOut's initiatives here.