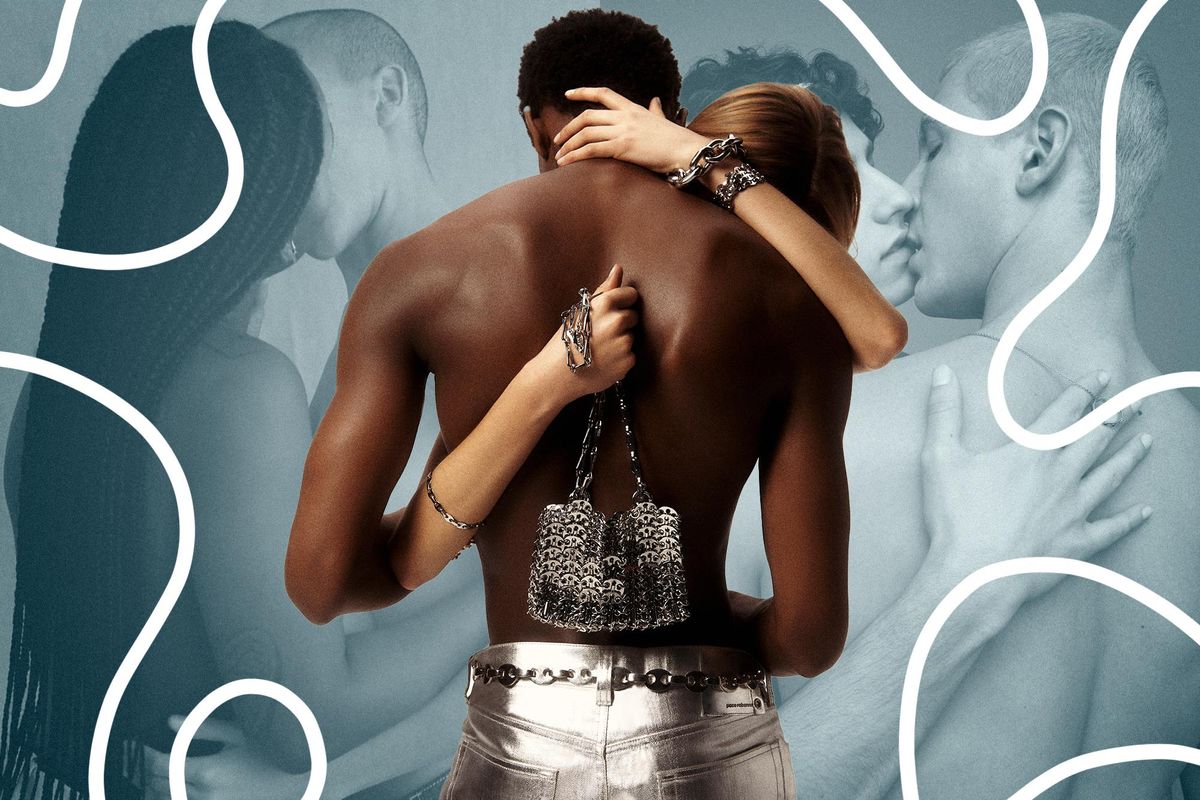 For the better part of the last decade, fashion brands have largely stayed away from the kind of provocative and risqué imagery associated with some of the more sexually charged campaigns of the '90s and early aughts.

Gone are the days of fashion campaigns depicting creepy rape undertones, underage models in suggestive poses and shots that glamorize drug culture. In many cases, backlash would often take the form of the ad in question being outright banned in certain countries. Some brands would even get in trouble with the Advertising Standards Authority.

Of course, the culture now is drastically different than it was from when these controversial ads would run almost frequently. But in recent weeks, a wave of campaigns from luxury brands and independent designers alike is betting on the age old adage that sex still sells — albeit with a 2021 Gen Z twist.

This year alone, brands like Diesel, Jacquemus, Paco Rabanne and Dolce & Gabbana have put out imagery depicting couples of all backgrounds in various acts of affection, from a simple sweet embrace to heavy, passionate kissing. Indeed, while hot sweaty sex and fashion have never been mutually exclusive, designers are approaching lust with a much more inclusive and intersectional lens.

Take for example Simon Porte Jacquemus, who has never been one to shy away from love and sex in his past projects. The designer's latest photo series (not quite an actual campaign) is aptly titled "L'AMOUR" and named after the title of his Spring 2021 collection. Gay and straight couples of various ethnic backgrounds are seen canoodling, French kissing or just staring deep into each other's eyes in different states of dress (or undress).

Even brands not typically associated with PDA like Paco Rabanne got in on the action too, with interracial models locking lips and arms for its "Build Love" campaign that dropped this month. And Dolce & Gabbana cast a wide net of talent from across the age, sexuality and identity spectrum for its Valentine's Day campaign that coincided with their ongoing support of The Trevor Project.

In fact, Diesel's Spring 2021 campaign depicts real-life models depicts reconnecting after a period of absence in each other's lives. The photos capture the effects of being deprived of human contact, which anyone who found themselves celibate the past year may relate to.

It's fitting, then, that campaigns are actually keeping up with the times beyond just aesthetics, particularly when the world's circumstances are unlike anything we've seen before. To that end, rather than reinforce traditional notions of sexuality in advertisements, which over the course of history has largely celebrated white and heterosexual ideals, designers these days are keen on promoting a much more inclusive and intersectional idea about love, sex and relationships in their fashion imagery.